It’s a story that could have appeared in the The Onion, had that publication existed in January 1940.  Yet, according to a New York Times article from back then, the US government seriously considered building a pair of “giant ocean liners” that could be “immediately and speedily” converted into aircraft carriers.

According to the report, the ships’ designs (including side-mounted funnels and emplacements for anti-aircraft guns) had already been approved by the Navy Department and construction bids were set to go out to builders by the end of the month. The vessels were never built, of course, but it’s still fun to think about what might have happened if the government had gone through with its, um, innovative plan to create a pair of “Transformers-class” liners. 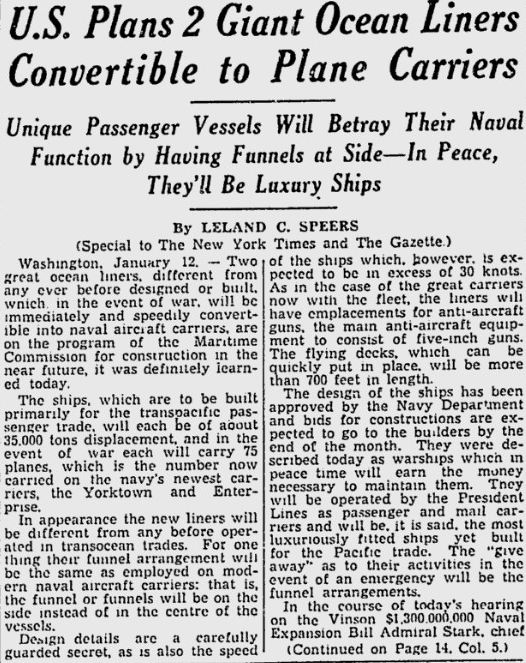