American Line’s St. Louis (1894) was launched on 12 November 1894 at William Cramp and Sons in Philadelphia. The 554-foot-long liner was christened by Frances Cleveland, wife of US President Grover Cleveland.

In 1898, the Navy picked up its option and requisitioned St. Louis for use in the Spanish-American War. USS St. Louis was assigned to cutting underwater telegraph cables around Cuba. She also participated in the bombardment of fortifications in Guantanamo Bay, captured a Spanish merchant ship, and intercepted two British ships bound for Cuba. Later on, she was used to transport Spanish prisoners of war to the US. 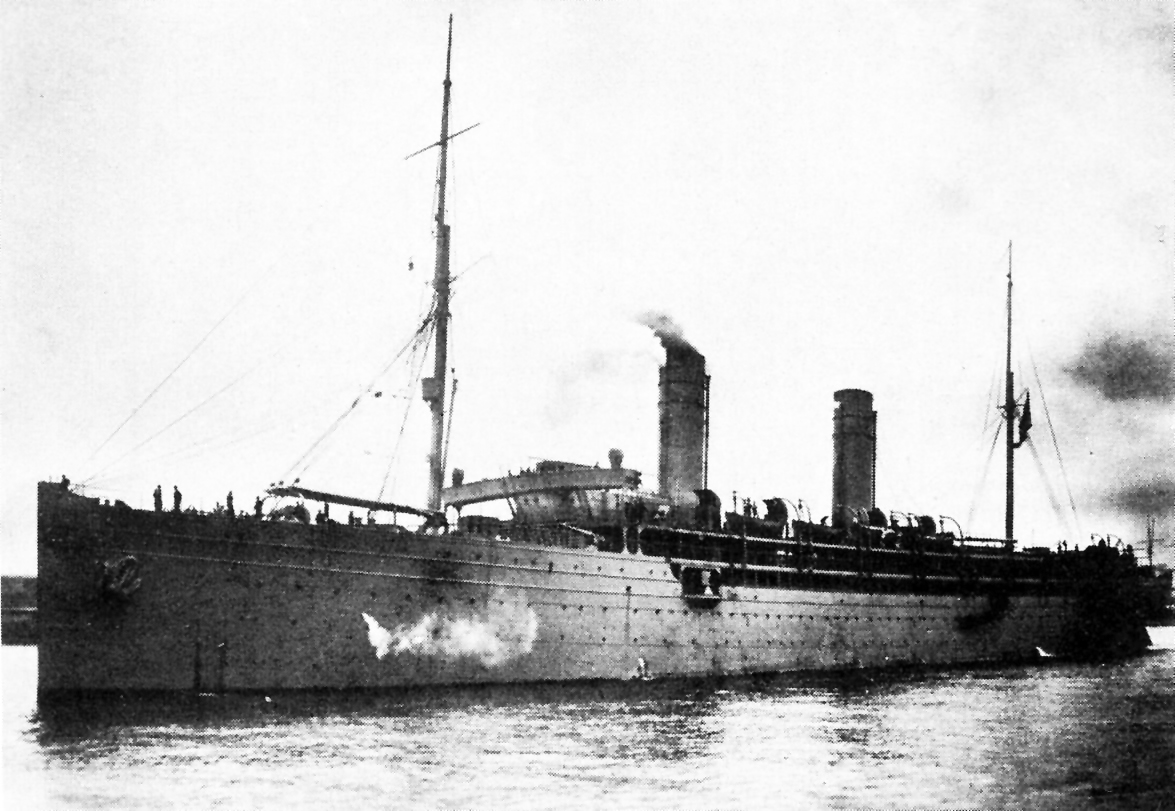 St. Louis served in the Spanish-American War as USS St. Louis and in the closing months of Word War I as USS Louisville.

After the war, St. Louis resumed service as a liner. She continued in this role during World War I, providing passenger service between New York and Liverpool while fighting off U-boats with a set of three 16-inch guns and dodging the occasional torpedo. In 1918, after America’s entry into the war, she was again requisitioned by the Navy, renamed USS Louisville, and served as a troopship.

In early 1920 St. Louis was accidentally set alight by a workman’s blowtorch in a New Jersey shipyard while undergoing conversion back to a passenger ship. She was scuttled and the fire was allowed to burn itself out. The vessel was refloated, but never sailed again with paying passengers. St. Louis was broken up in Genoa in 1924.

FYI: St. Louis was renamed USS Louisville during her World War I service because her original name would have conflicted with the name of the cruiser USS St. Louis.