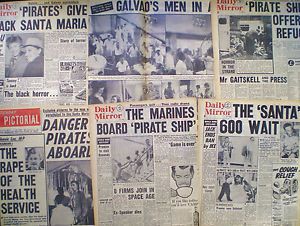 On 23 January 1961, the world learned that the Portuguese ocean liner Santa Maria of Companhia Colonial De Navegacao, with some 600 passengers on board, had been seized in the Caribbean by a team of two-dozen hijackers. The “Dulcinea” plot was led by Henrique Galvão, an opponent of Portugal’s strongman leader, Antonio de Oliveira Salazar. 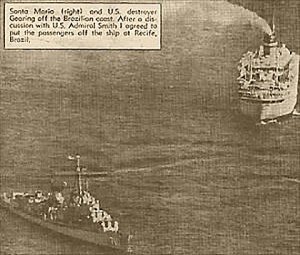 The hijackers had boarded Santa Maria as passengers with weapons hidden in their luggage (there was no weapons screening in those days).  The rebels stormed the bridge early on the morning of  23 January. Although their plan called for a peaceful takeover, the third officer (who was the officer of the deck at the time) resisted and was shot dead.  Several other crew members were wounded in the ensuing confusion. The hijackers forced the ship to cease all communications and turned the vessel southeast, toward Angola.  After several days of searching for the missing ship, it was located by a group of US Navy vessels.

The hijackers diverted their course toward Recife, Brazil, accompanied by the Navy warships.  The drama ended on 2 February upon arrival in Recife. After negotiations, the hijackers surrendered to Brazilian authorities and were granted political asylum.  Santa Maria’s 600 passengers and 300 crew members were freed.  Galvão later tried to justify his actions in his book, “Santa Maria: My Crusade for Portugal.”

Salazar died in 1970 after a lengthy illness. Galvão, who had remained in exile in Brazil, died that same year  The overseas territories were granted their independence after the 1974 revolution in Portugal. Franco died in 1975. 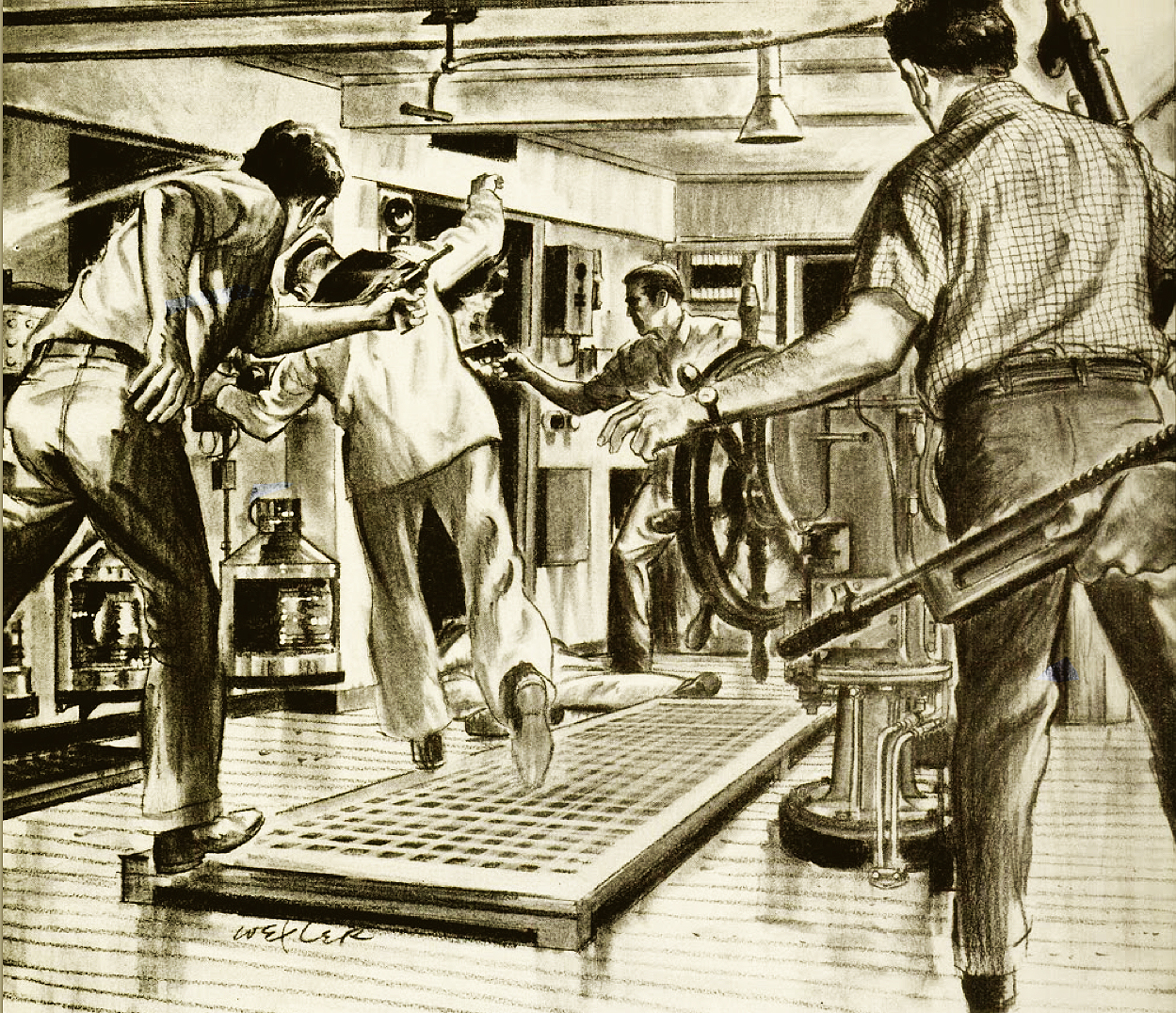