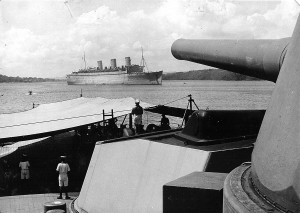 Queen Mary, somewhere in the Indian Ocean, photographed in 1942 from HMS Revenge.

Just three days after one of the worst defeats in British military history, the fall of Singapore, Queen Mary (1936) on 18 February 1942 began her “40 Days and 40 Nights” voyage. Sailing from Boston to Sydney, she carried US troops (a total of 8,398) for the first time. Queen Mary traveled over 19,000 miles on her long and arduous journey.

After disembarking the troops in Sydney, Queen Mary was ordered to return to New York to begin transporting US forces to Britain. The subsequent voyage marked Queen Mary’s first return to home waters since 1940. Upon her arrival, arrangements were made for the crew to take a well-earned, if relatively brief, leave with their families.

Queen Mary was designed for North Atlantic service, so she lacked adequate ventilation for the tropical climates she often sailed through as a troopship. Although not often mentioned, then or now, many men died from heat exhaustion inside the hot, humid and incredibly overcrowded ship.

Queen Mary’s greatest defense against torpedoes was her speed. Sailing at upwards of 28 knots, she was a fast-moving target and could easily outrun most warships. 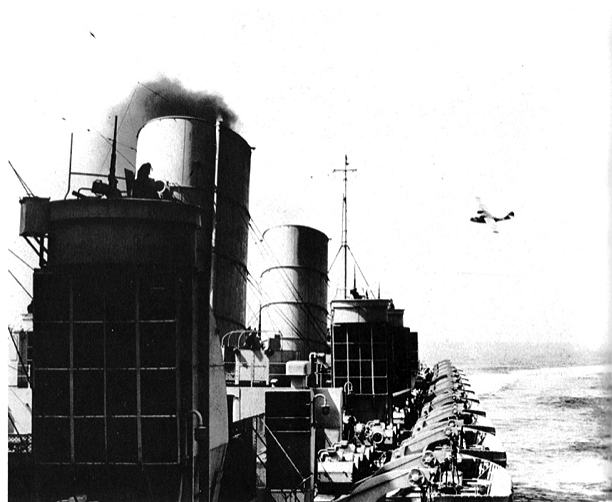 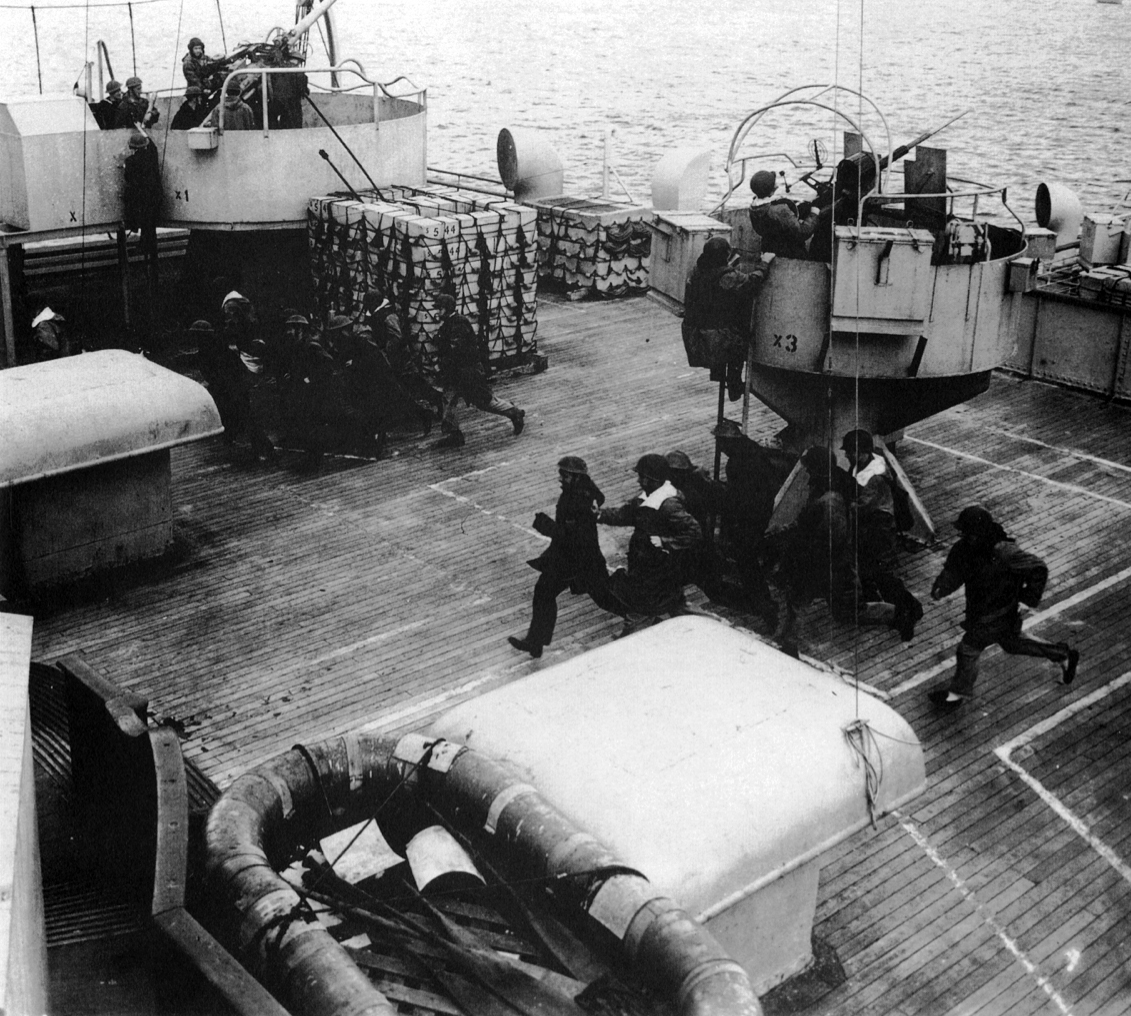 A call-to-action station on the starboard side of Queen Mary’s Sun Deck. 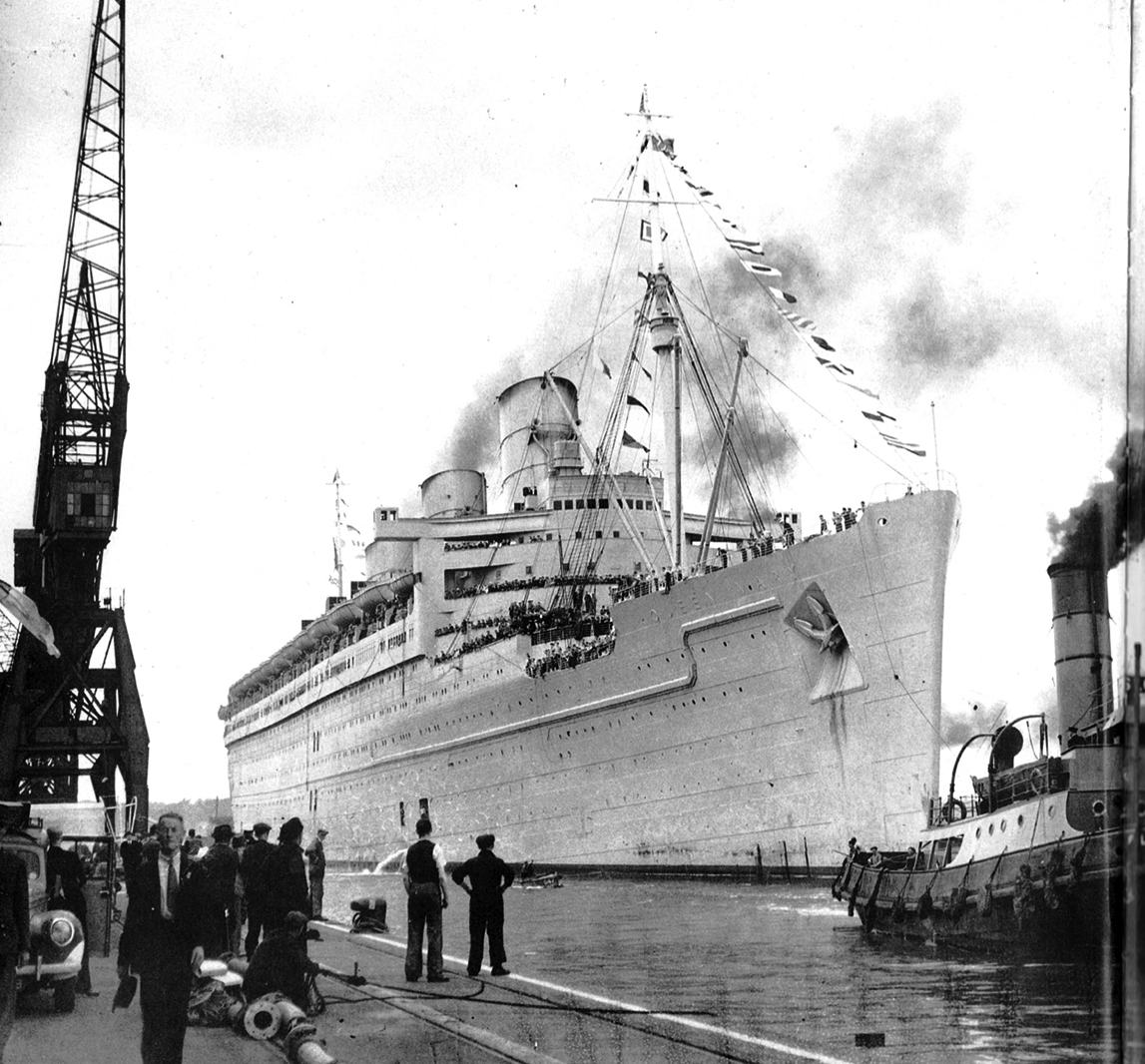