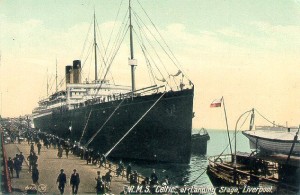 World War I took a terrific toll on ocean liners operating in both civilian and military service. Cunard Line’s Lusitania is the best-known casualty of German aggression against British liners, but there were also dozens of other victims. White Star Line’s Celtic (1901), for example, was nearly sunk twice during the war.

On 15 February 1917 Celtic, while in civilian service and bound from Liverpool to New York, struck a mine off the Isle of Man laid by the German submarine U-80. Although Celtic survived, 17 people lost their lives. Officers on the America Line ship Philadelphia (1892), sailing some 30 minutes behind Celtic, learned about the attack via wireless,  but did not directly render assistance and, fearing panic, did their best to hide news of the incident from the liner’s passengers

The damaged Celtic was towed back to Liverpool by Canada (1896), a liner operated by White Star sister company, Dominion Line. Shortly thereafter, Celtic was moved to Belfast, where she was repaired and returned to service around two months later. Celtic’s shaken passengers were transported to Holyhead, Wales.

Celtic would suffer yet another U-boat attack. In March 1918, UB-77 torpedoed the liner in the Irish Sea. Six people on board Celtic were killed, but the indomitable liner remained afloat. Once again, Celtic was towed to Liverpool, where she was repaired.

Celtic remained in White Star Line service until she ran aground in 1928. She was scrapped in 1933. 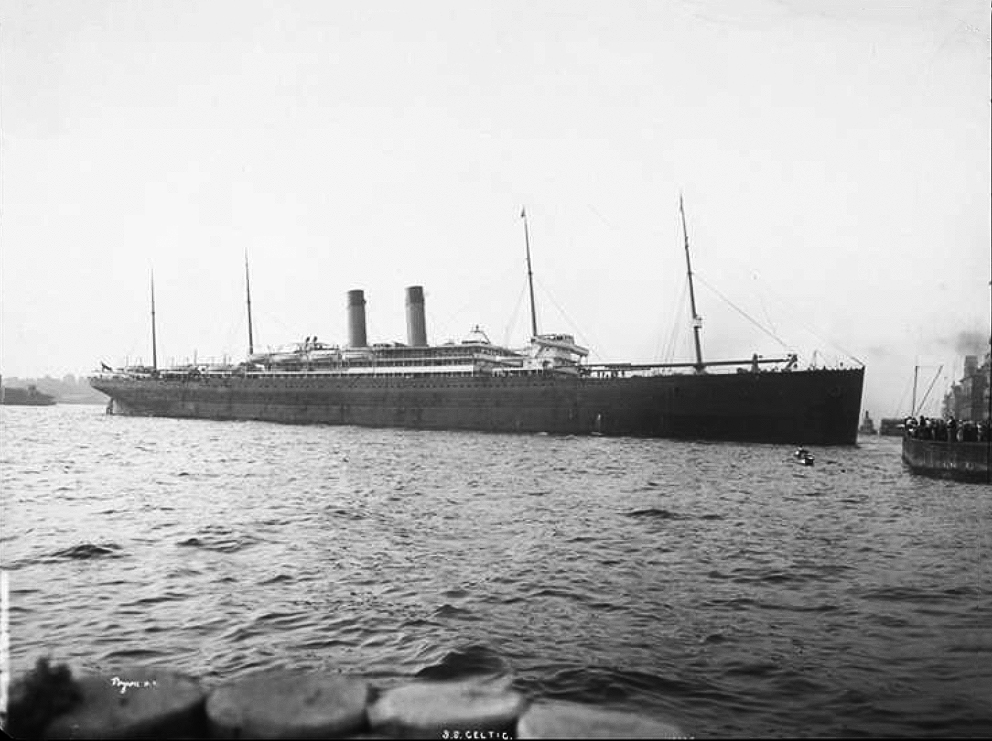