As the White Star Line liner departed New York, English acrobat Edward “Beppo” Ettridge shot himself in the head while in the cabin of fellow vaudevillian Alfred Burgess. 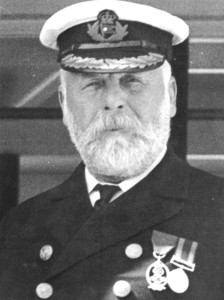 Shortly thereafter, an unidentified officer on Adriatic’s bridge picked up a megaphone and not-so-tactfully shouted, “A man has just killed himself below. Send a tug for the body.” (One can only imagine what the passengers below must have thought.)

Then things got really bad. Dr. O’Loughlin, Adriatic’s surgeon, misidentified the suicide victim as Burgess. Only after the body was brought back to the pier, did a police officer make a correct identification. Meanwhile, Burgess’s luggage was sent ashore with the misidentified body, leaving the grieving vaudevillian without any personal possessions. (The luggage was forwarded to him later.)

It was rarely a dull voyage with Capt. Edward J. Smith in command.