Carrying only 153 paying passengers and painted drab gray, White Star Line’s Olympic (1911) was on her last civilian voyage before conversion into a World War I troopship. Suddenly, on 27 October 1914, her wireless operator picked up a message that the British battleship HMS Audacious had struck a mine and was sinking.

Olympic, inbound to Glasgow (White Star, unlike Cunard Line, wisely believed that the U-boat infested approaches to both Southampton and Liverpool were far too dangerous to use), immediately steamed to Audacious’ location: Tory Island, off Irelands’ northern coast.

Upon reaching the scene, Olympic was able to rescue 230 of Audacious’ 900-man crew. Several nearby British warships retrieved nearly all of the remaining crew (two men perished). 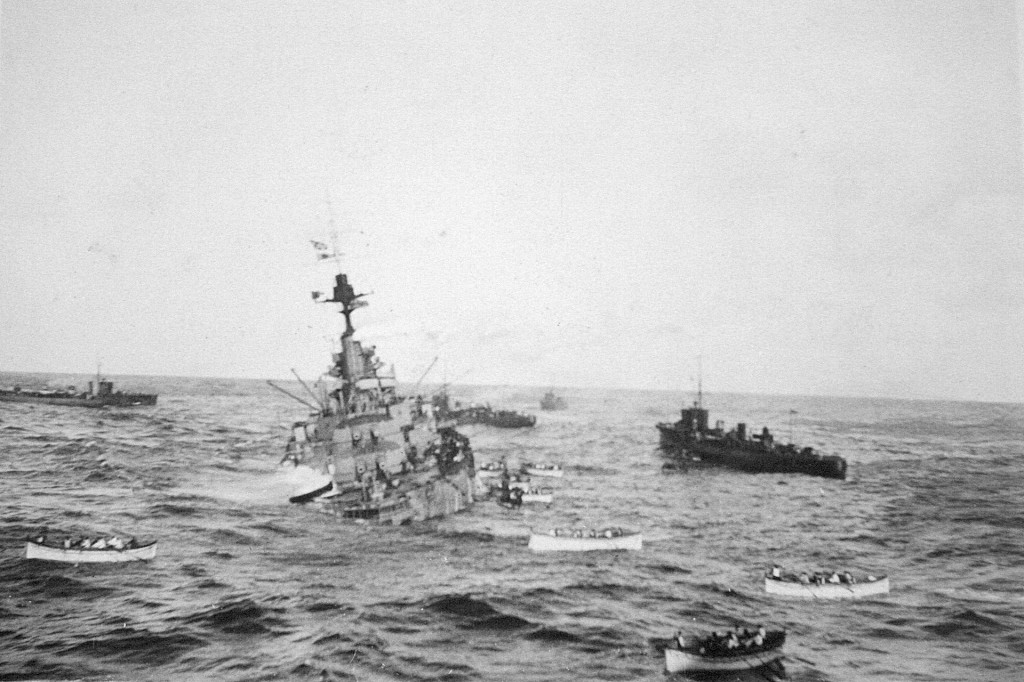 Although Audacious was already partially submerged with her stern awash, Olympic—working with a pair of Royal Navy ships—attempted to take the vessel in tow. It was a futile effort, however, and the battleship was lost. 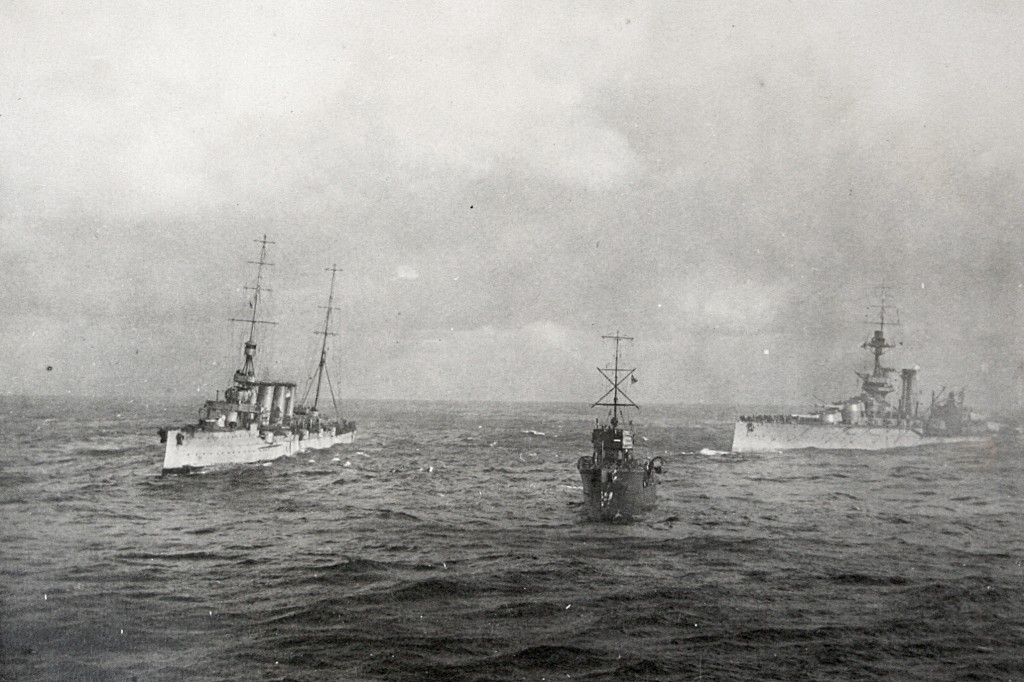 The British government was eager to suppress the news of Audacious’ demise, fearing that it would demoralize the public and damage the war effort. So Olympic was immediately commanded not to resume her journey and to instead head to Lough Swilly, Ireland, for impoundment.

All forms of communication were banned and the liners’ passengers were held in custody on board. Finally, apparently realizing that Olympic and her passengers couldn’t be held prisoner until the war’s end, on 2 November Olympic was allowed to proceed to Belfast where her bedraggled passengers finally disembarked. 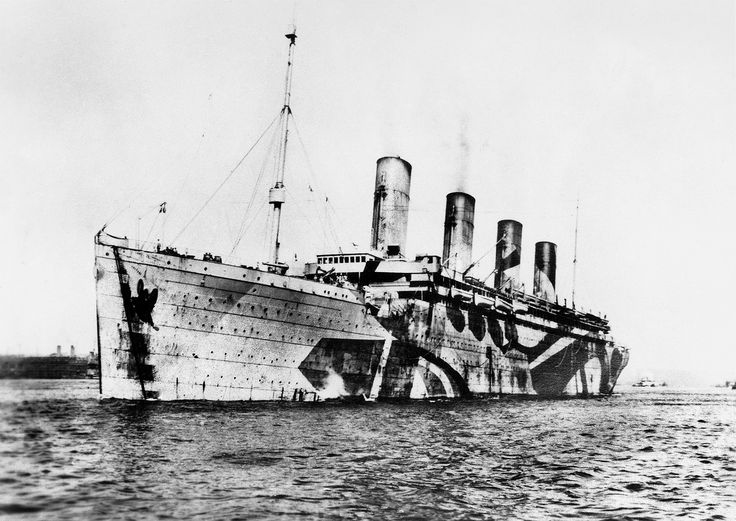 Olympic in fading “dazzle” livery, near the war’s end,

Olympic was withdrawn from service in November 1914 and laid up in Belfast for safe-keeping. Titanic’s sister ship was not formally requisitioned for war service until 2 September 1915. Her first troopship voyage began later that month.

Olympic served the remainder of the war as a troopship carrying Canadians to the European war front. It was during this service that Olympic obtained the nickname “Old Reliable,” for her trustworthy service on troop voyages.