Can you solve the iconic photo mystery?

According to New York City government records, on 7 April 1963 the iconic photo of an inbound United States (top) passing outbound sister liner America (bottom) on New York’s Hudson River was taken. Judging from the angle, it appears that the shot was made from a low-flying aircraft, such as a helicopter or small plane.

The image seen here is from the New York City Municipal Archives. Can anyone identify the photographer? His or her name appears to be lost to history. 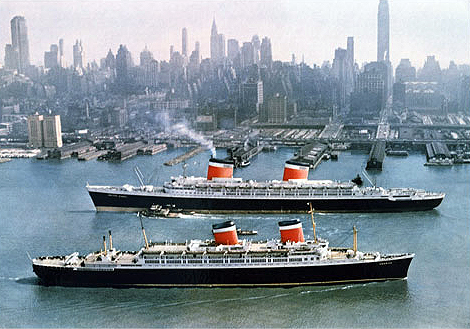