In 1909, to celebrate the 300th anniversary of Henry Hudson’s exploration of what would later become known as New York harbor and the Hudson River, a replica of Hudson’s ship, Half Moon, retraced the original vessel’s course.

Who back then would have guessed that, over 100 years later, the liner docked at the Red Star Line-American Line pier would herself become a part of history? 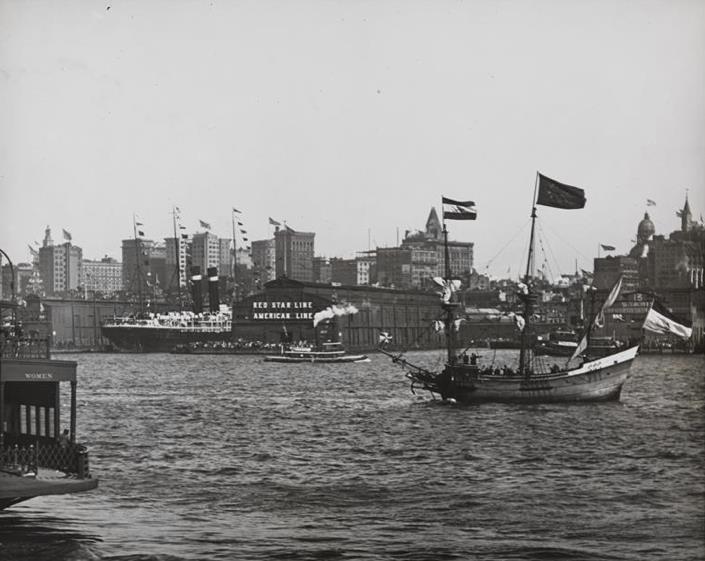