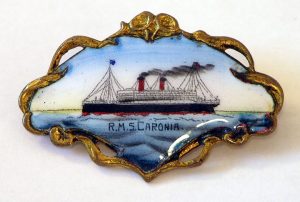 Caronia’s brush with history occurred on the evening of 14 April 1912, when her wireless operator sent the first ice warning (“bergs, growlers and field ice”) to Titanic, the doomed White Star liner.

After briefly serving Cunard’s Liverpool-Boston route in 1914, the start of World War I saw her requisitioned by the Admiralty and transformed into an armed merchant cruiser. In 1916, Caronia was converted into a troopship, and served in that role for the duration, returning to the Liverpool-New York run after the war.

In the 1920s Caronia sailed on several different transatlantic routes while cruising in the off-season. The video above shows Caronia arriving in port (possibly Liverpool) at some time during this era.

The Great Depression, which made so many older ocean liners redundant, killed Caronia. Her final voyage, a westbound transatlantic crossing, began on 12 September 1932, after which she was sold to a scrapper. Caronia was broken up the following year in Osaka, Japan. She was renamed Taiseiyo Maru for her final voyage. 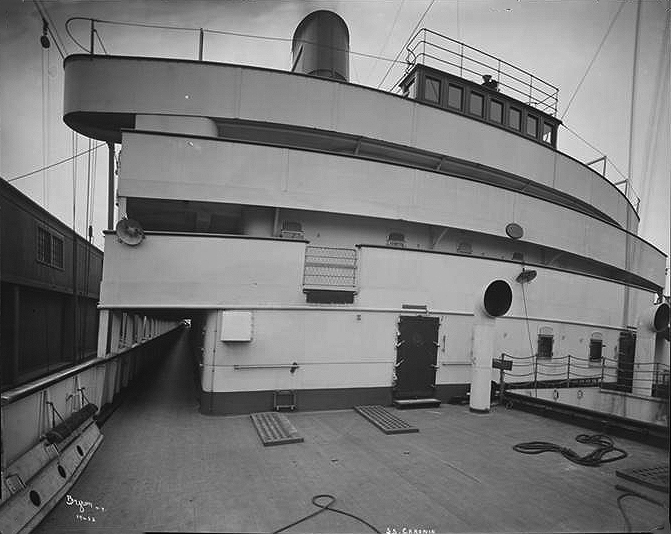 Welcome aboard! Look at the bridge, way up there on top of the forecastle. 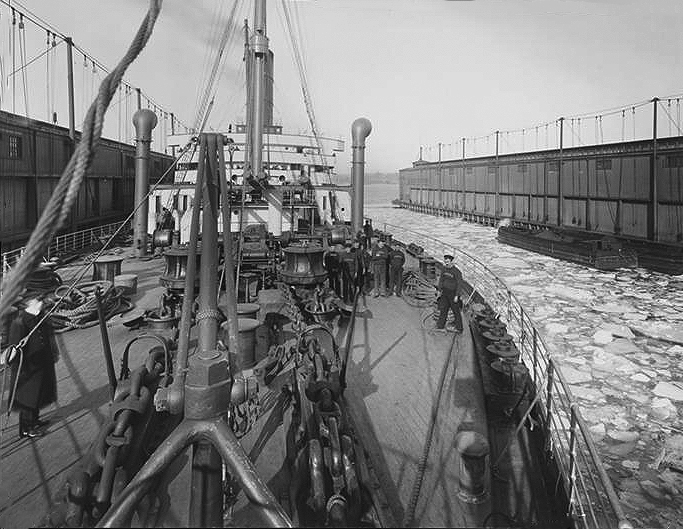 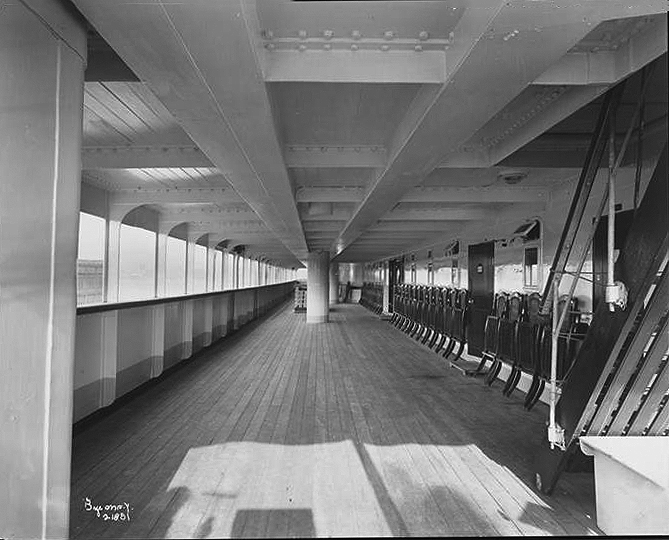 Let’s stroll down the deck. Brrrr. 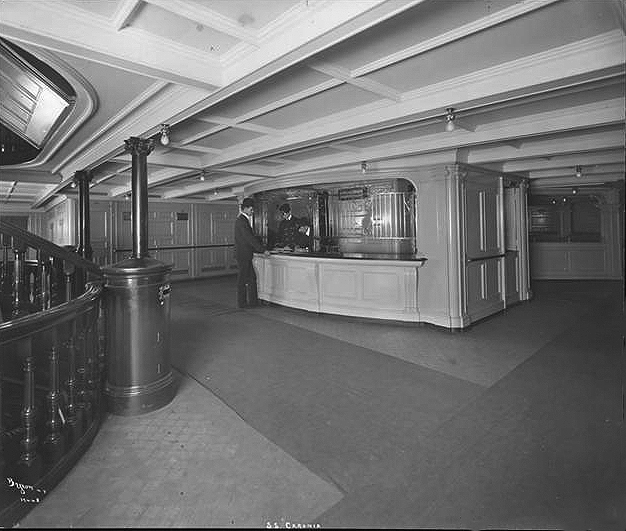 It’s nice and warm in here, near the Purser’s Desk. 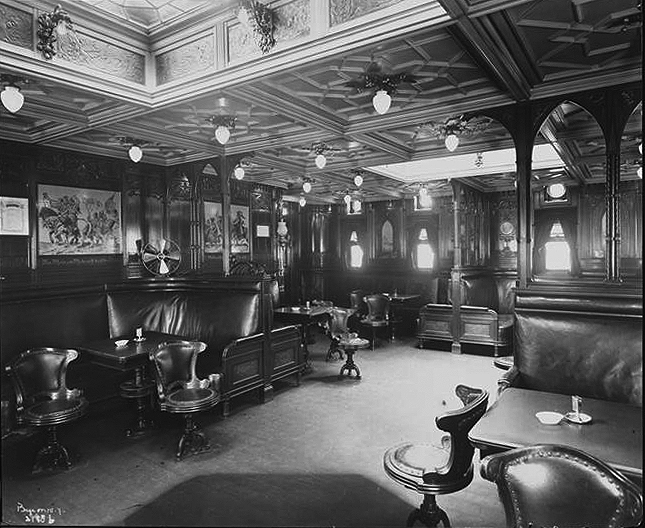 Let’s grab a warm drink in the cafe. You are traveling First-Class, aren’t you? 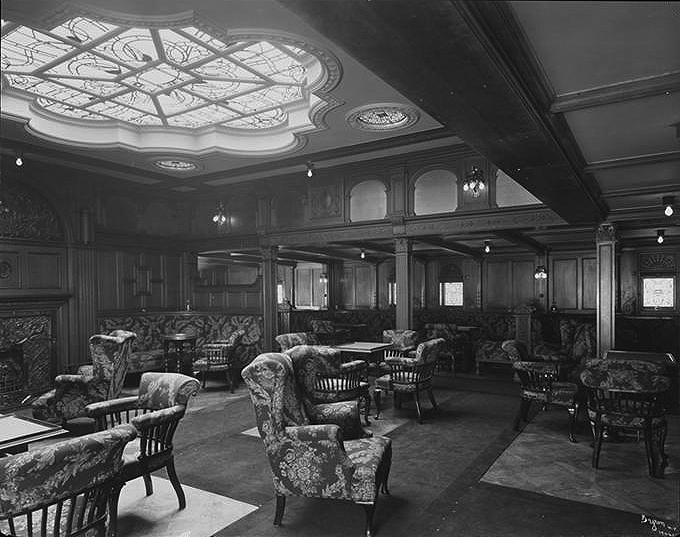 The skylight is both beautiful and functional. 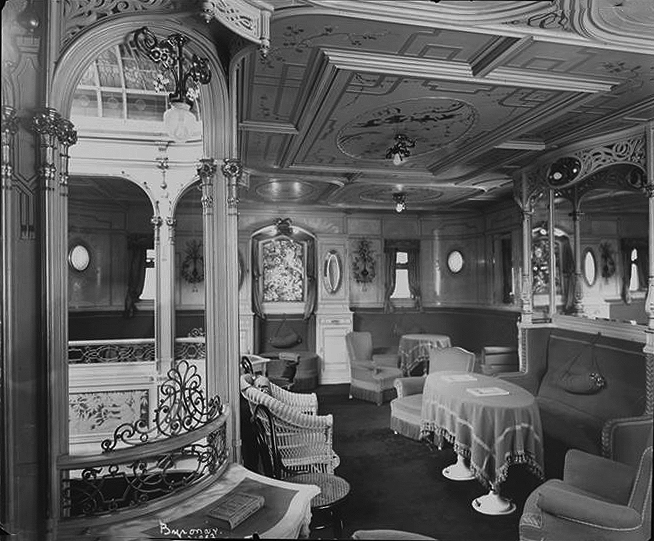 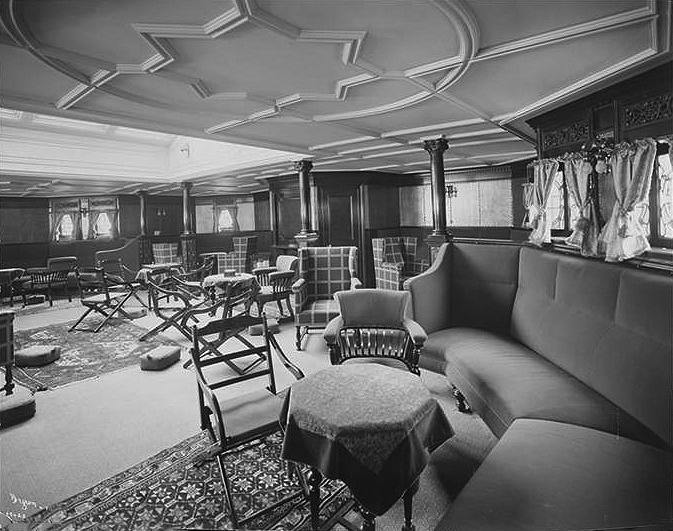 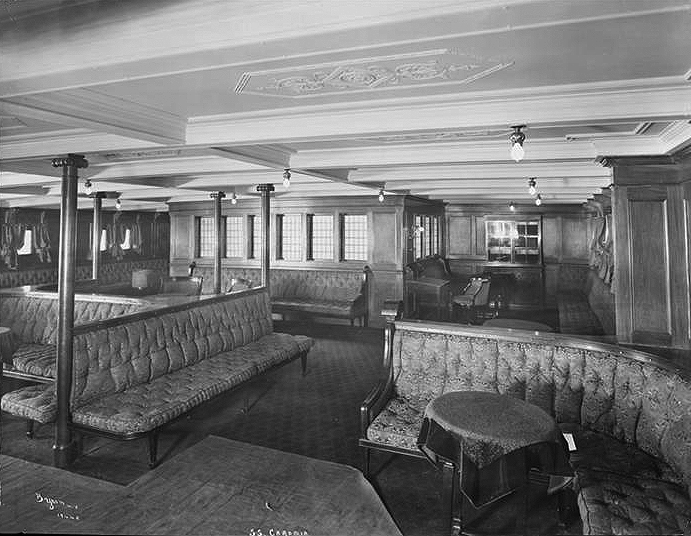 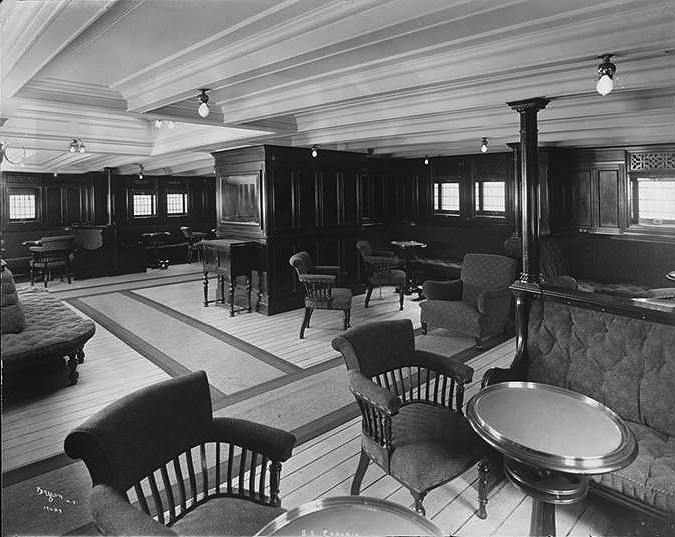 I’m thirsty. What will you have? 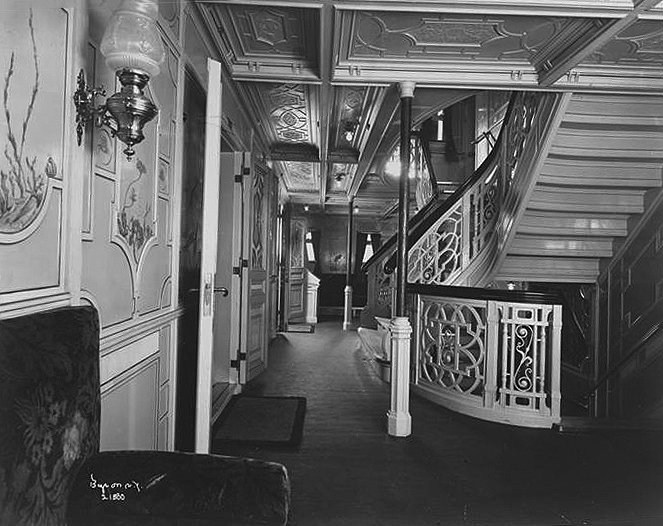 An elegant passageway and stair landing. 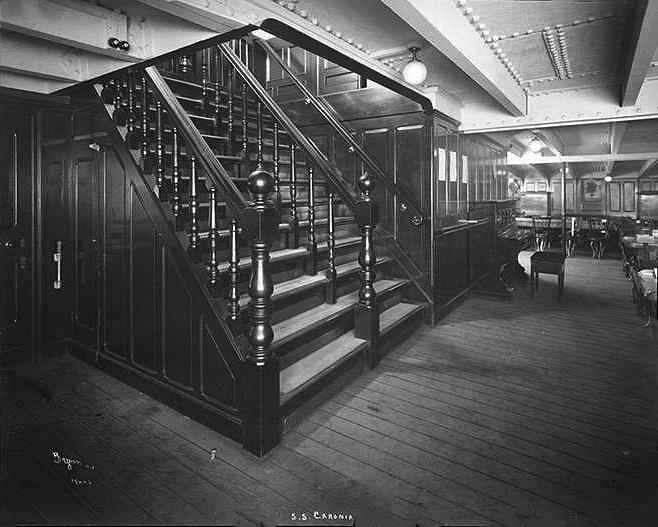 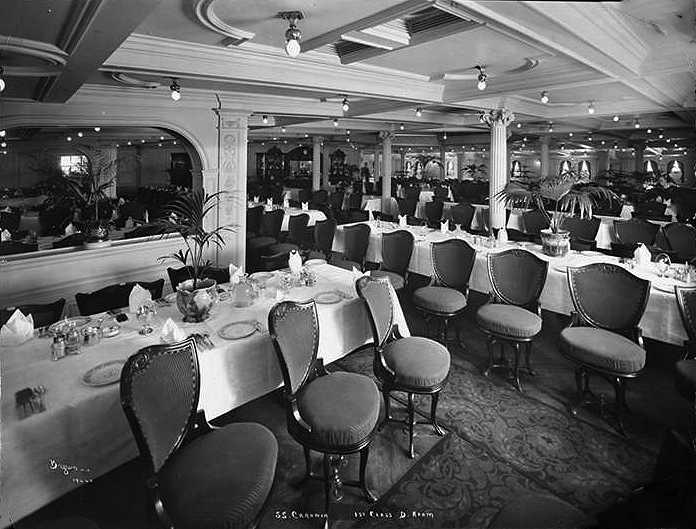 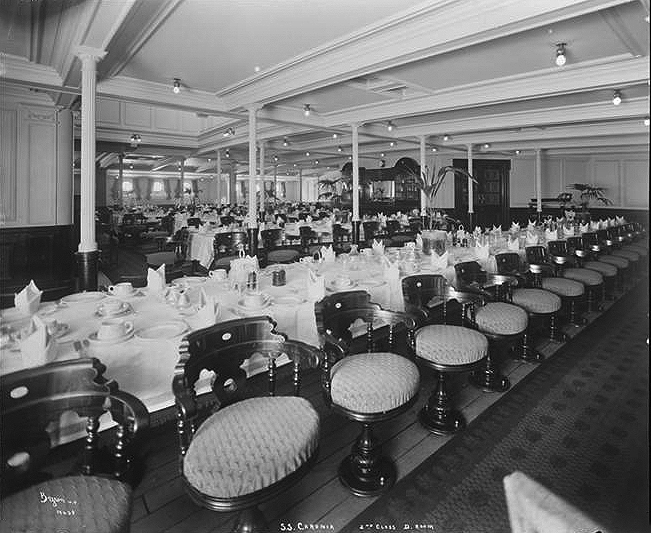 Swivel into the Second-Class Dining Room. 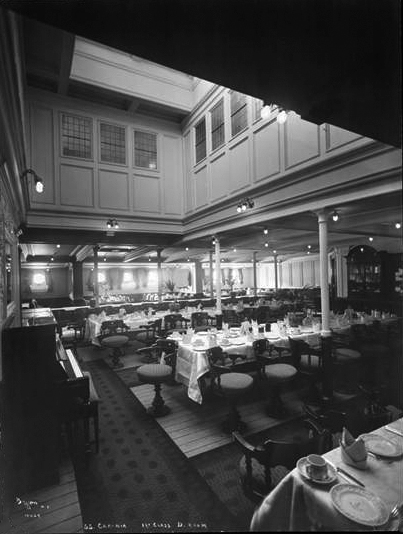 Another view of the Second-Class Dining Room. 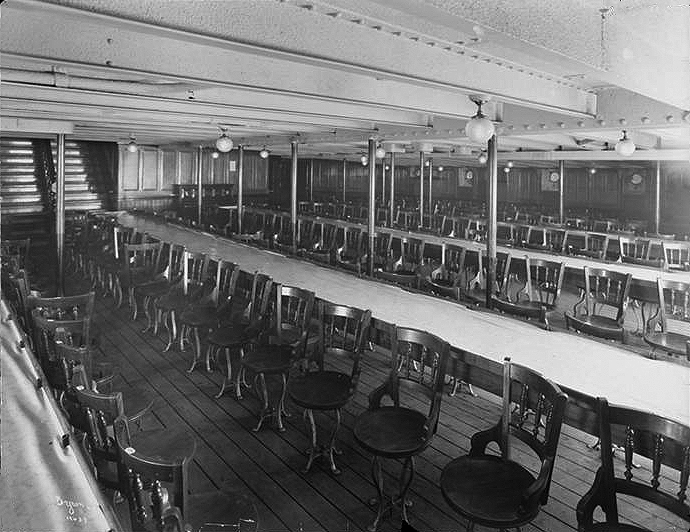 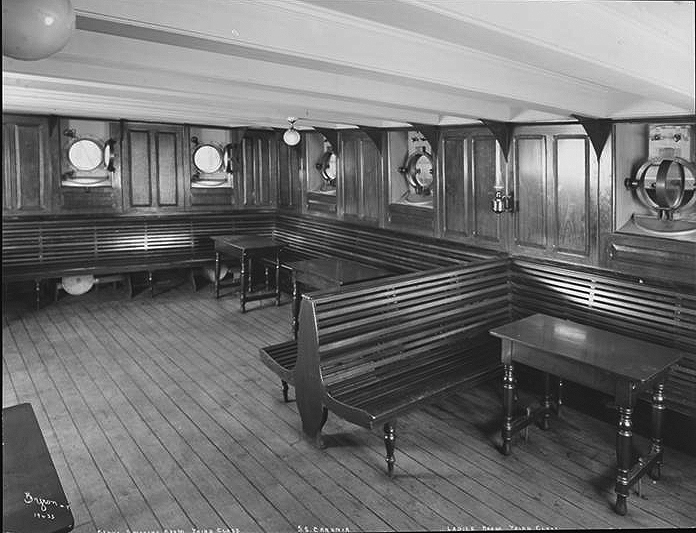 The Third-Class Smoking Room. The portholes provide ample ventilation, but the seating doesn’t look all that comfortable. 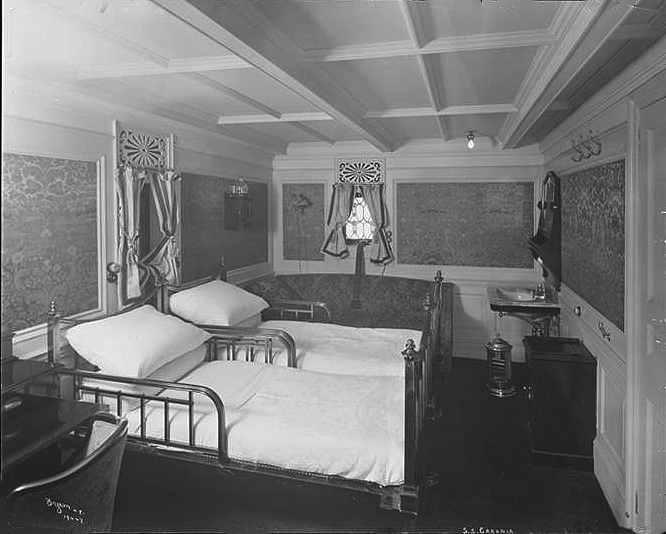 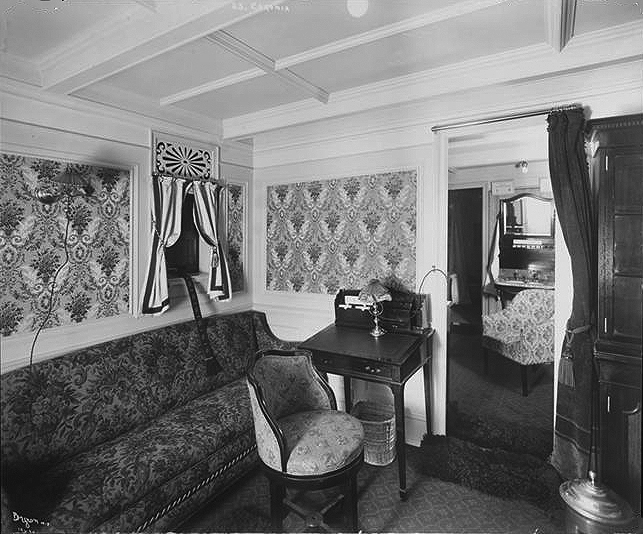 A private sitting room, with desk. 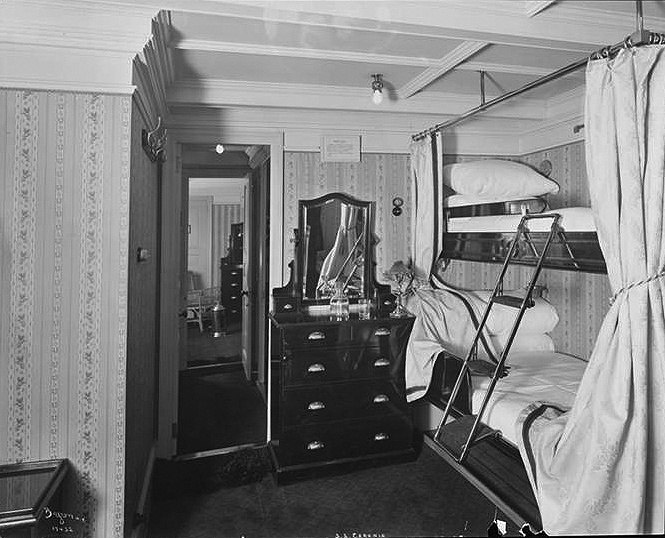 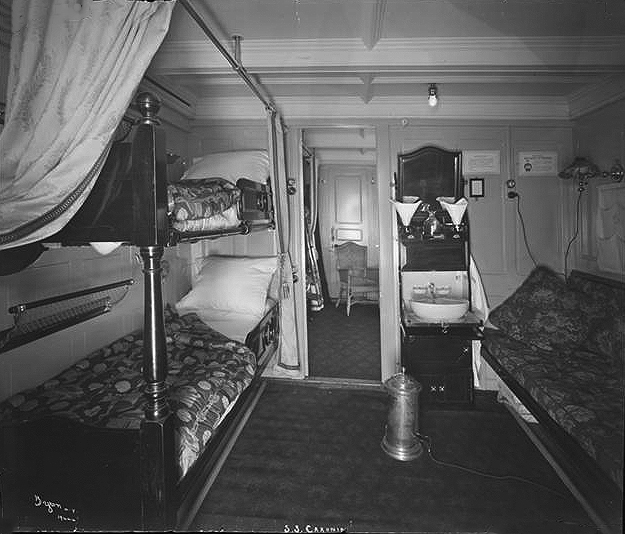 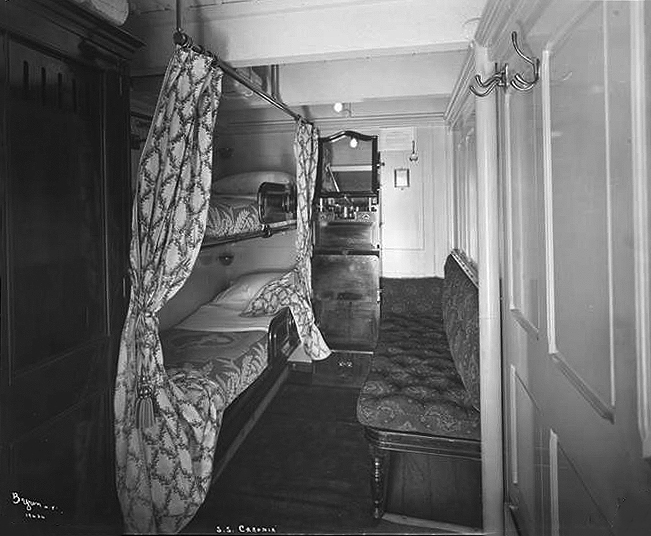 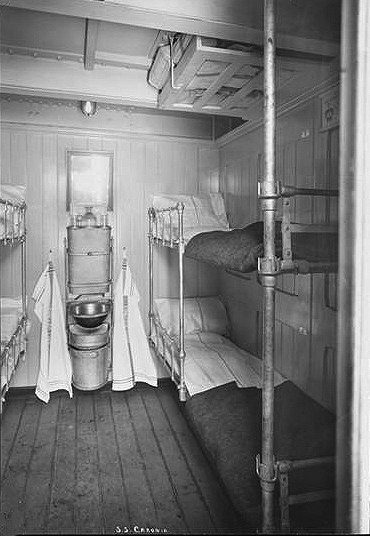 This Third-Class cabin has all the conveniences, but not much more. 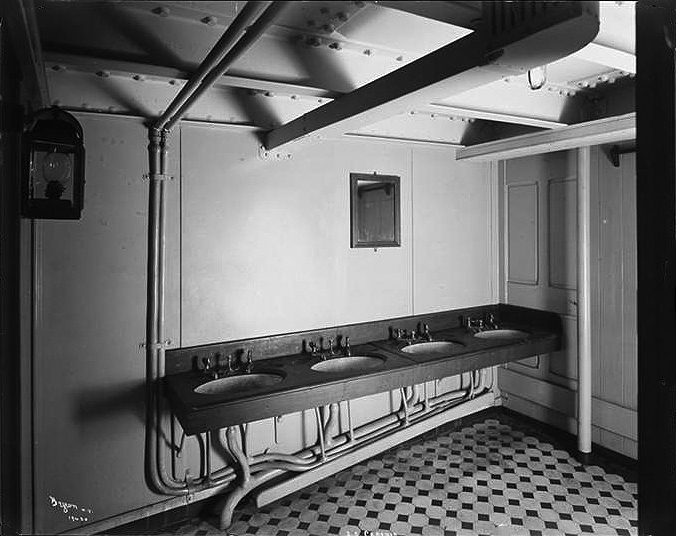 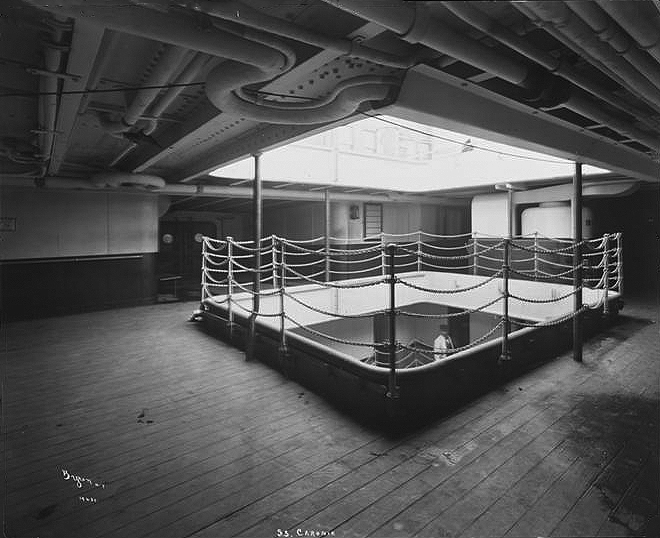 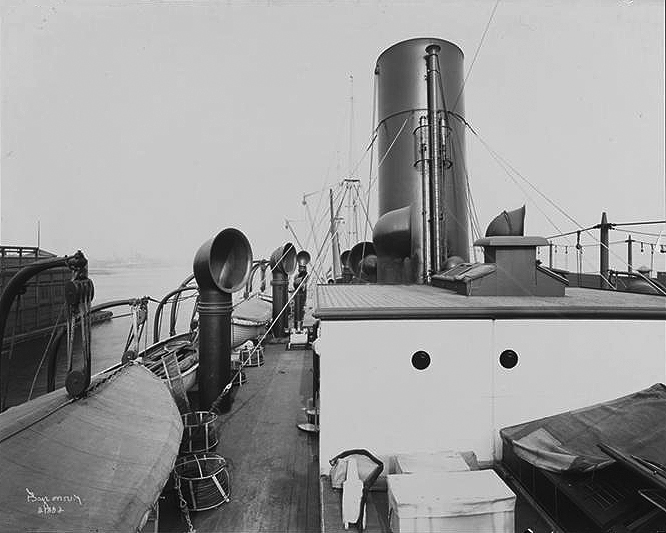 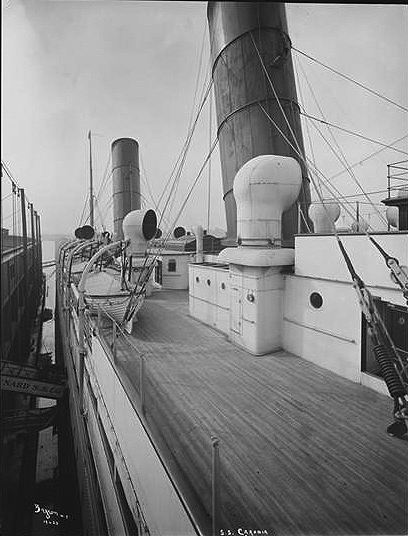 We hope you enjoyed your visit.