The Art Deco ocean liner design revolution that epitomized the top vessels of the 1930s actually began in 1927 with the launch of French Line’s Ile de France.

While fleetmate Normandie, launched five years later, fully embraced Art Deco to an almost over-the-top extent, Ile de France took a more conservative, tentative approach to the new design mode. At the start of her lengthy career (including a stint as a World War II troopship),  Ile de France provided a highly attractive bridge between the stodgy  palace- and country manor-inspired interior designs of early 20th-century ocean liners and the sleek superliners that would soon follow her. Ile de France would be upgraded and “modernized” after the war (losing one of her three funnels in the process), but in her original configuration she was a timeless beauty.

Let’s take a look around one of the 20th century’s greatest ocean liners. 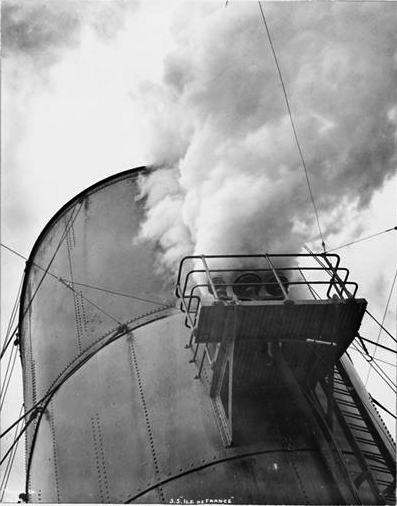 Welcome aboard! I SAID, WELCOME ABOARD!!! 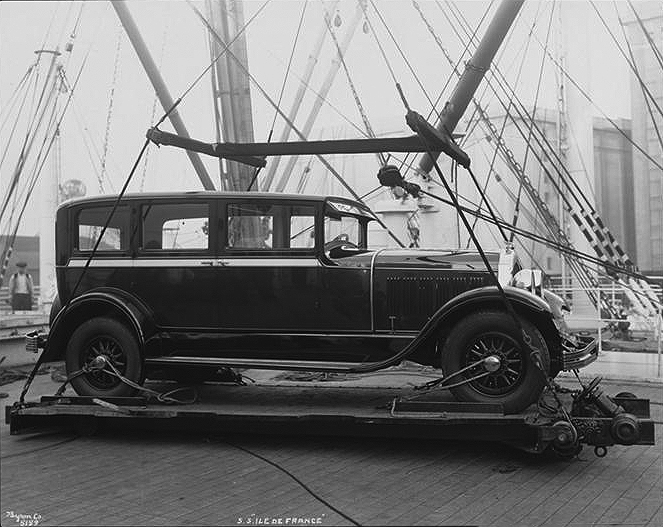 A stylish sedan is loaded onto Ile de France at Pier 57 in New York. 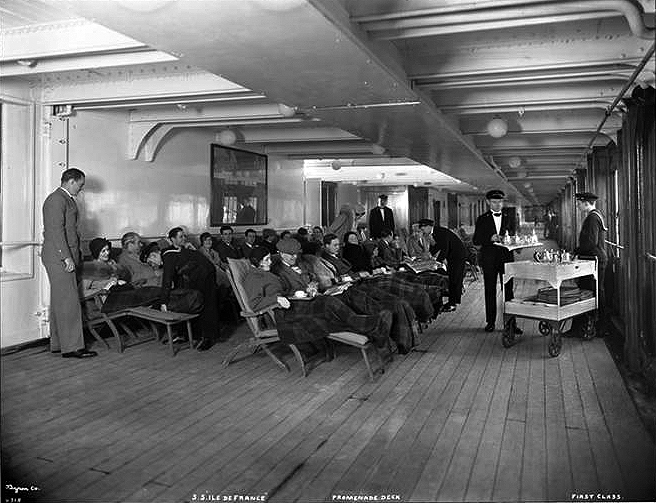 A busy First-Class Promenade Deck, essential for cold winter crossings. How many current ships have an enclosed promenade deck? 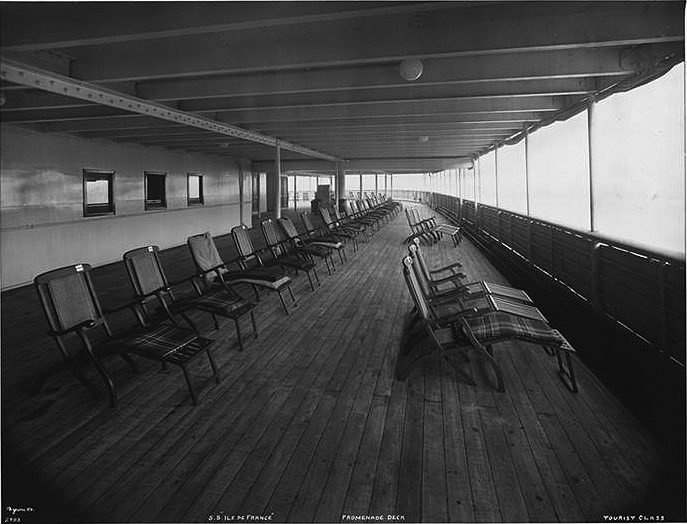 The Tourist-Class Promenade Deck appears to be less crowded.

Have a seat. First-Class, Cafe Terrace. 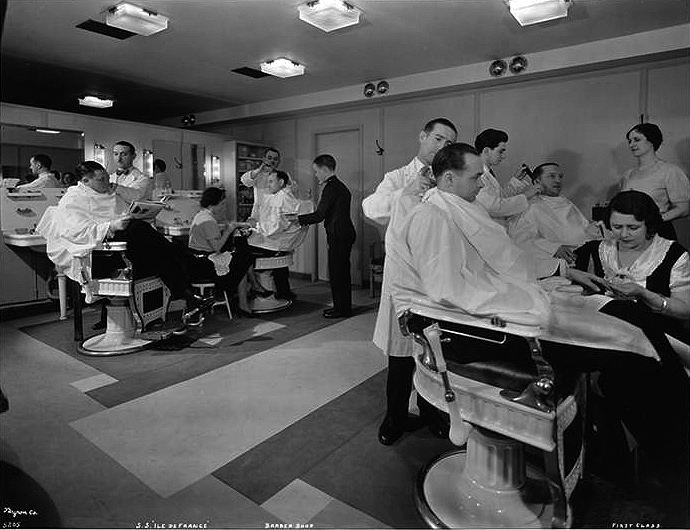 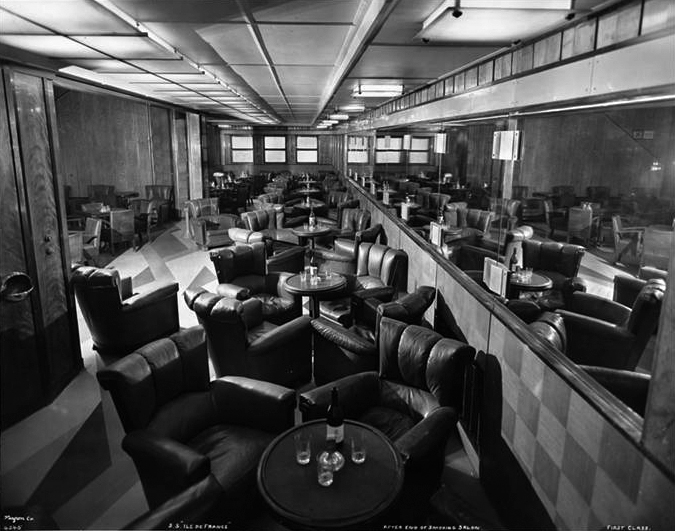 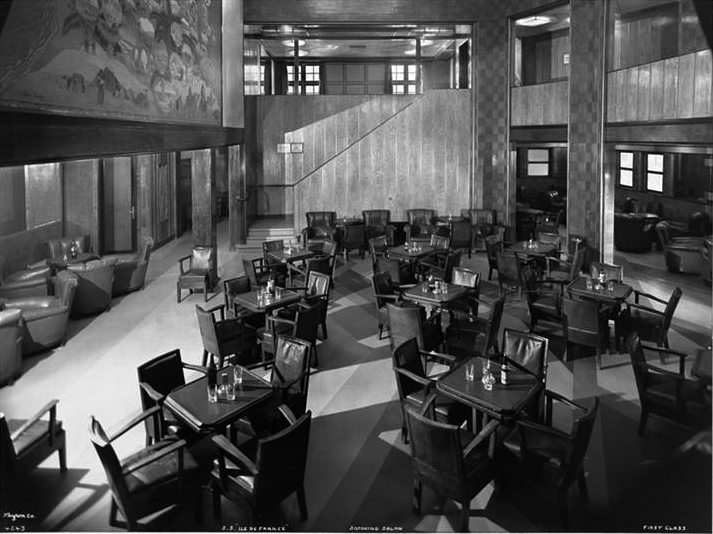 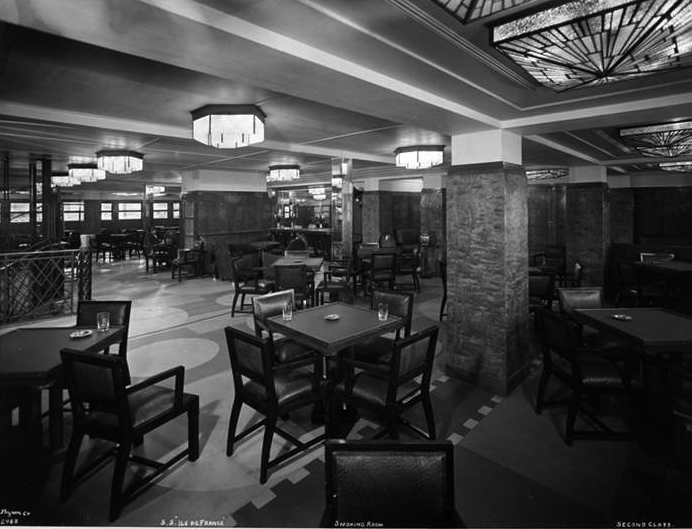 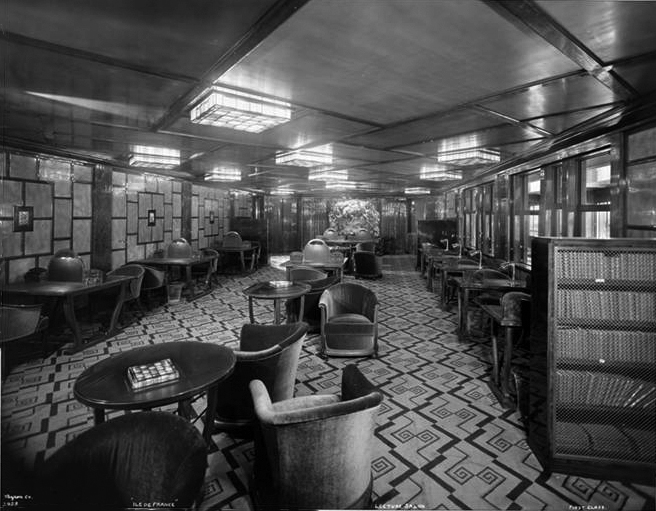 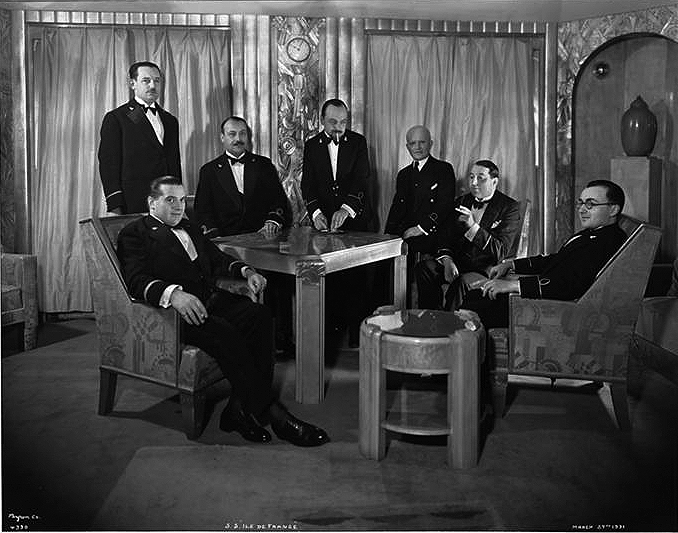 Stylish stewards pose for the photographer. 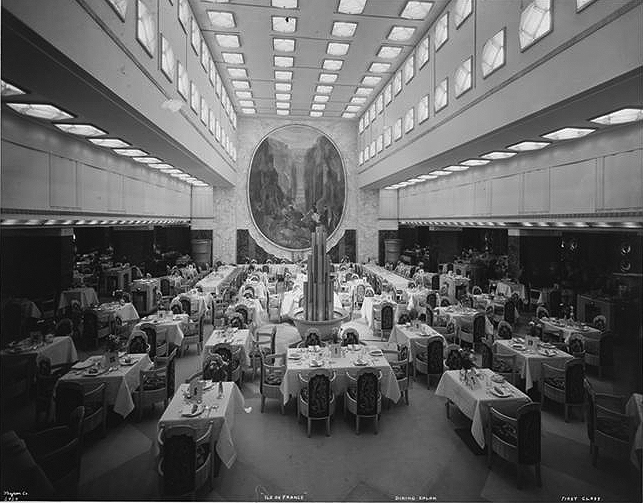 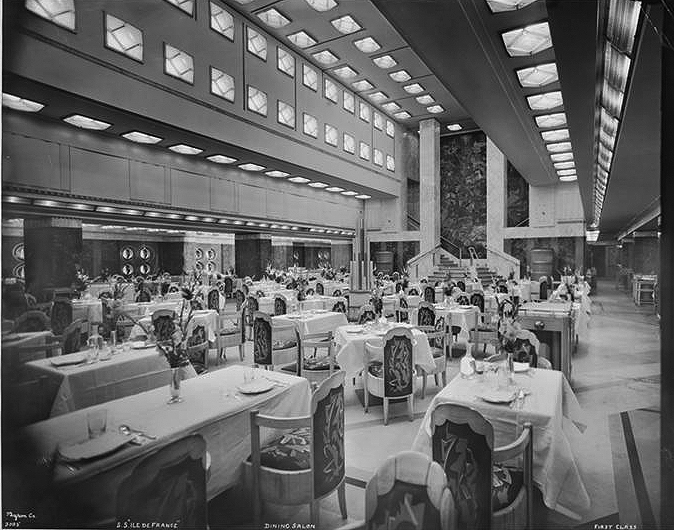 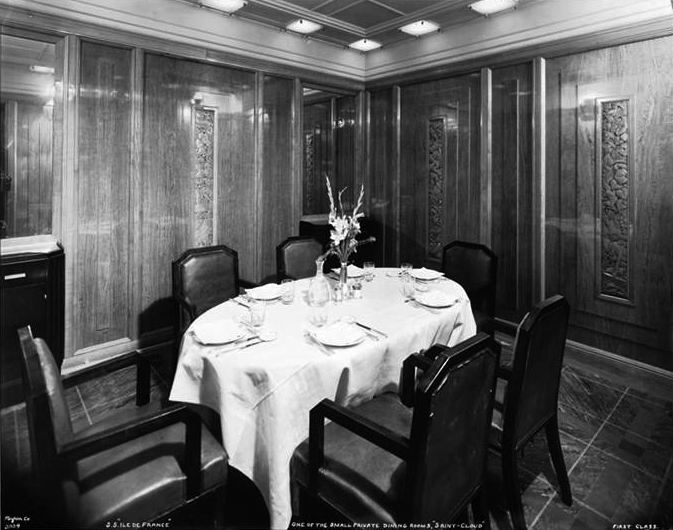 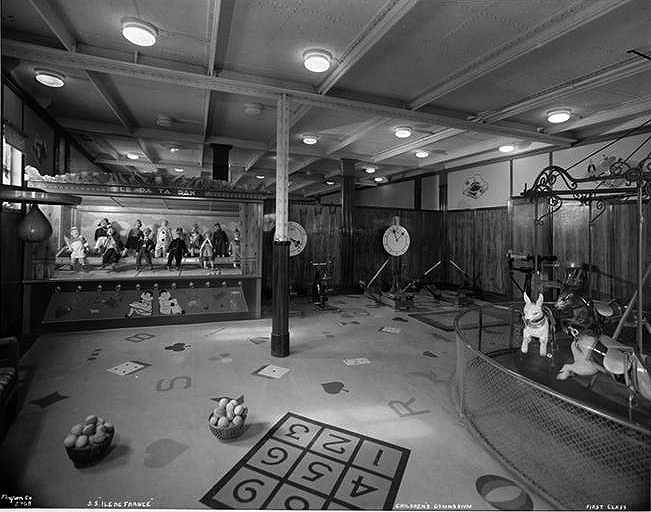 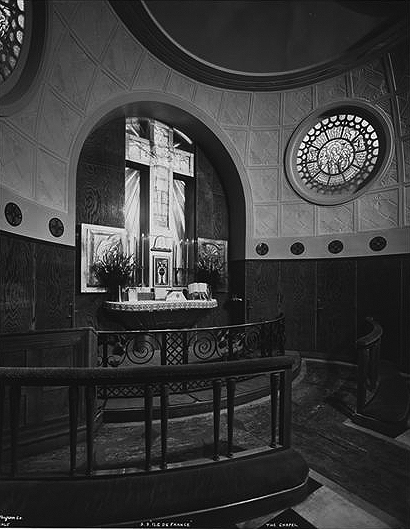 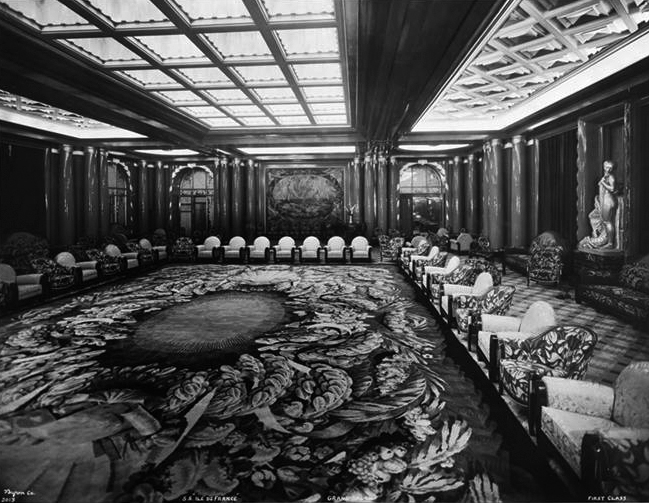 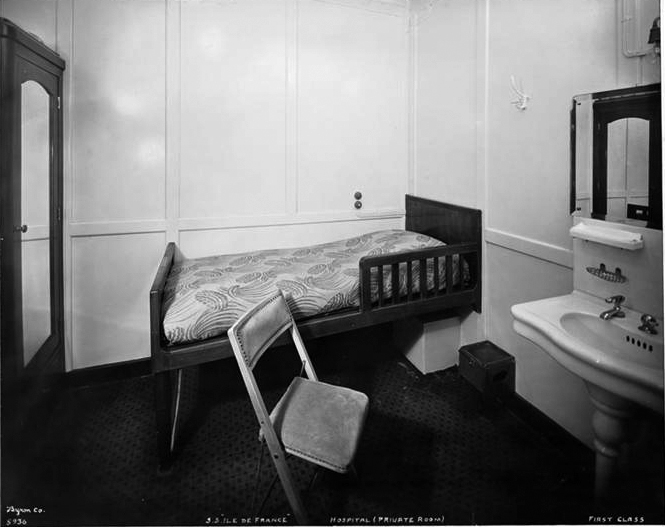 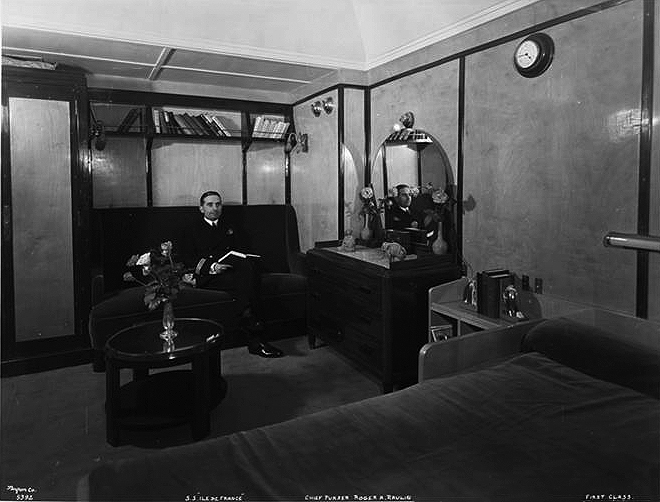 Purser M. Roger A. Raulin in his bedroom. 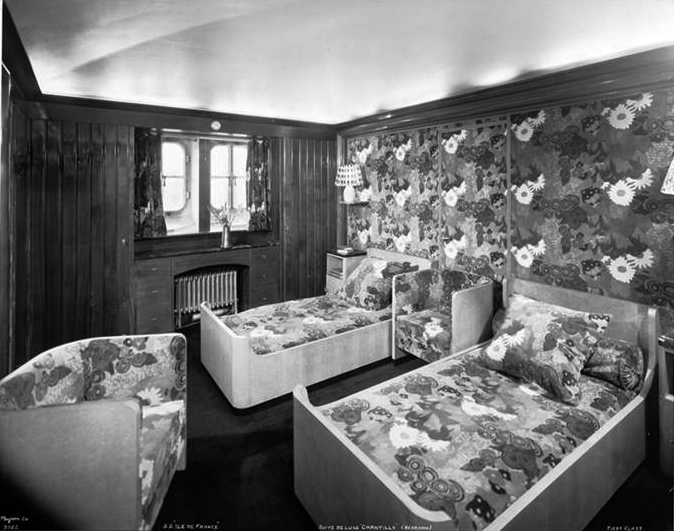 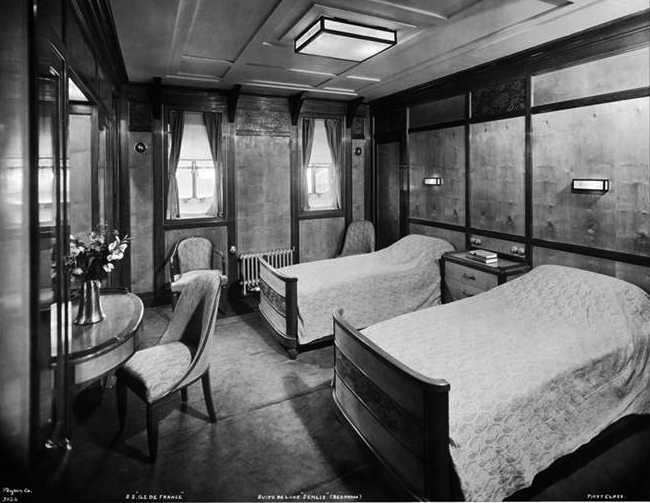 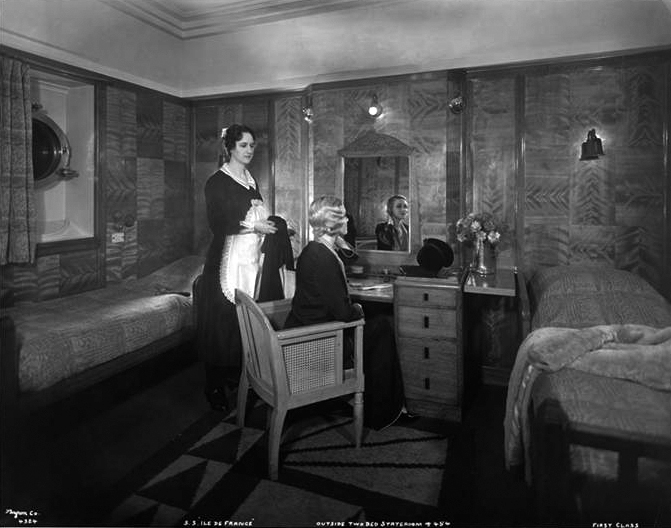 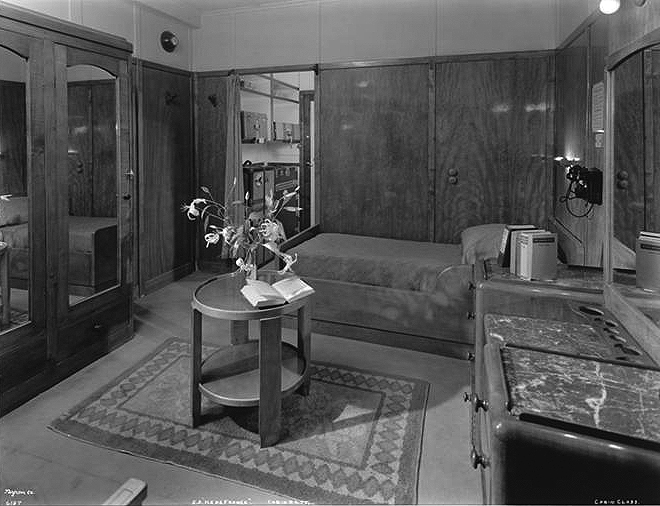 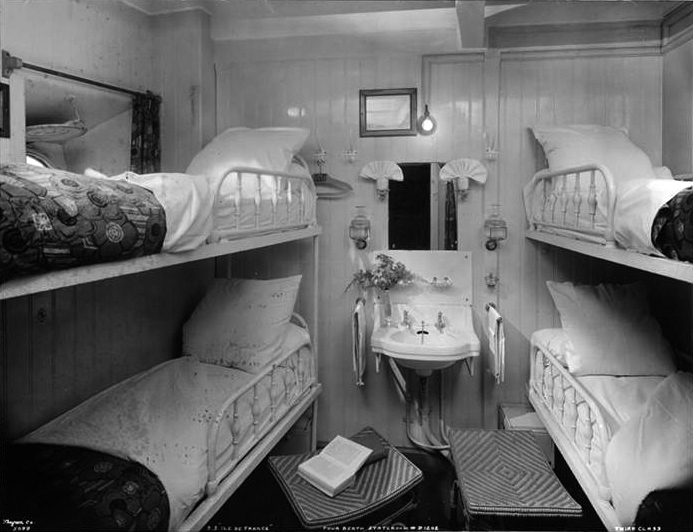 Third-Class Four-Berth Outside Stateroom, #D. Far from glamorous, but clean and tidy. 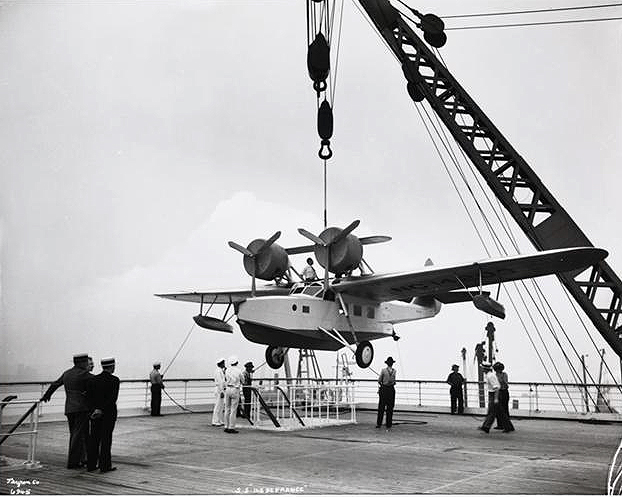 An airplane is lowered onto an Ile de France deck. 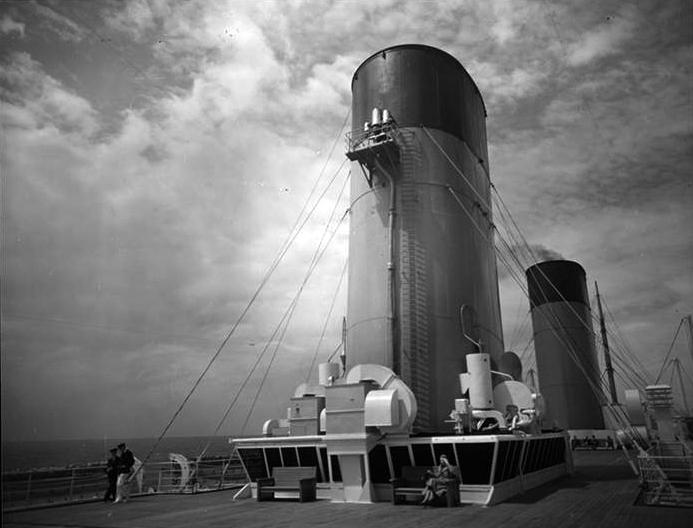 A beautiful day at sea on Ile de France’s top deck. No rock climbing walls or roller coasters in sight. Just the sea, the sky, the wind, and a classic ocean liner beneath your feet. Who could ask for anything more?