A watchman spotted the fire at just before 4 p.m. A combination of strong winds and sheds packed with volatile liquids and cotton bales allowed the blaze to spread rapidly. Before Hoboken fire units could respond to the scene, the docked Saale caught fire and drifted out into the Hudson River. Many on the ship did not know how to swim and drowned after leaping overboard.

Bremen was next to catch fire. Fortunately, a nearby tugboat was able to rescue more than 100 crew and visitors from the vessel. On Kaiser Wilhelm der Grosse, the then-current Blue Riband holder, the captain kept the crew from panicking, allowing everyone to get off safely. Tugboats then pulled the great liner to the Manhattan side of the Hudson, away from the danger. The ship suffered some fire damage, but survived.

Main caught fire before she could be freed from the pier. Forty-four crew members died, many because they were trapped below deck by the flames and the ship’s portholes were too small to escape through. Eventually, Main broke loose to join the burning Bremen in the river. Fifteen crew members were eventually rescued from Main.

A total of 27 boats caught fire during the evening, many set ablaze by other ships floating away from the pier. The fire also spread to other piers and port facilities, including a Scandinavian Line pier.

By the time the blaze was extinguished, somewhere between 325 and 400 people had died and property owners had suffered $4.5 million in damages (approximately $100 million in today’s money). Fortunately, none of the NDL liners were preparing to sail. The human losses would have been far greater had the fire occurred on a departure day.

Many people were reported missing after the fire was put out. Crews resorted to detonating dynamite charges in hope that the explosions might help recover bodies stuck in the river bottom to surface.

The pier was rebuilt using steel. 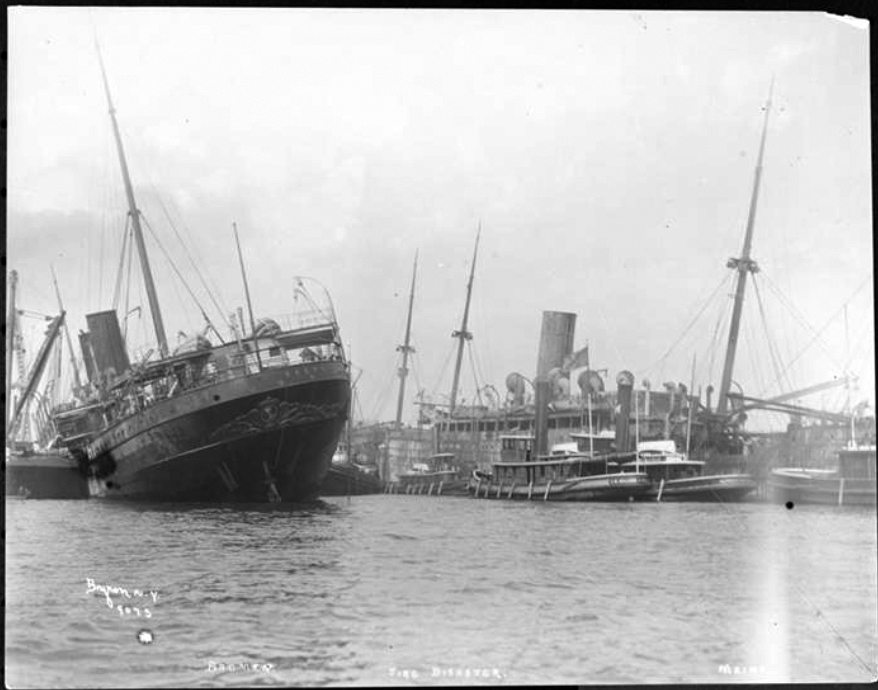 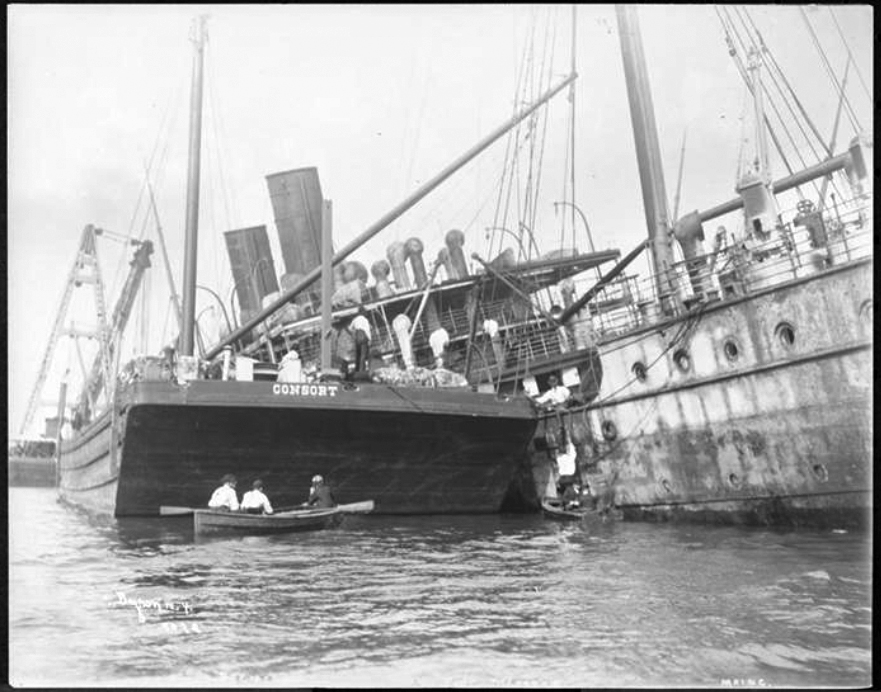 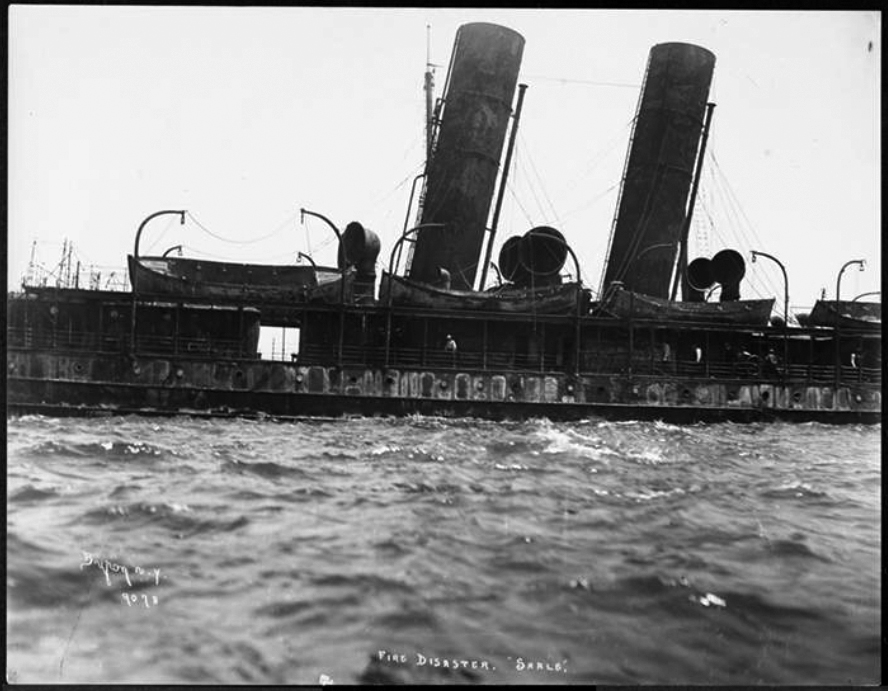