Fashions evolve and tastes change. Cars of the 1990s didn’t look like cars of the seventies, fifties or thirties. Ocean liners built in the 1930s didn’t resemble liners launched in the twenties, teens, or nineteenth century. 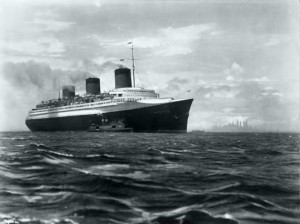 Normandie. Then and now, shocking and exciting.

Cruise ships of the 1960s and earlier tended to look a lot like ocean liners, mostly because they were either converted ocean liners that could no longer operate successfully on point-to-point routes or actual ocean liners plying cruise routes during slack winter months.

In the 1970s and 80s, new cruise ships were designed to be compact and trim, allowing them to travel economically with reduced passenger loads (the cruise industry was pretty small in those days ) and to conventiently visit even the tiniest ports.

Then everything changed, and not for the better.