Norah Wellings was a British designer of cloth dolls. You’ve probably seen her handiwork before.

Wellings’ creations were a staple in ocean liner gift shops from the 1930s through the 1960s. In fact, it seems that Wellings designed a doll (sometimes several dolls) for just about every liner that sailed during those years. 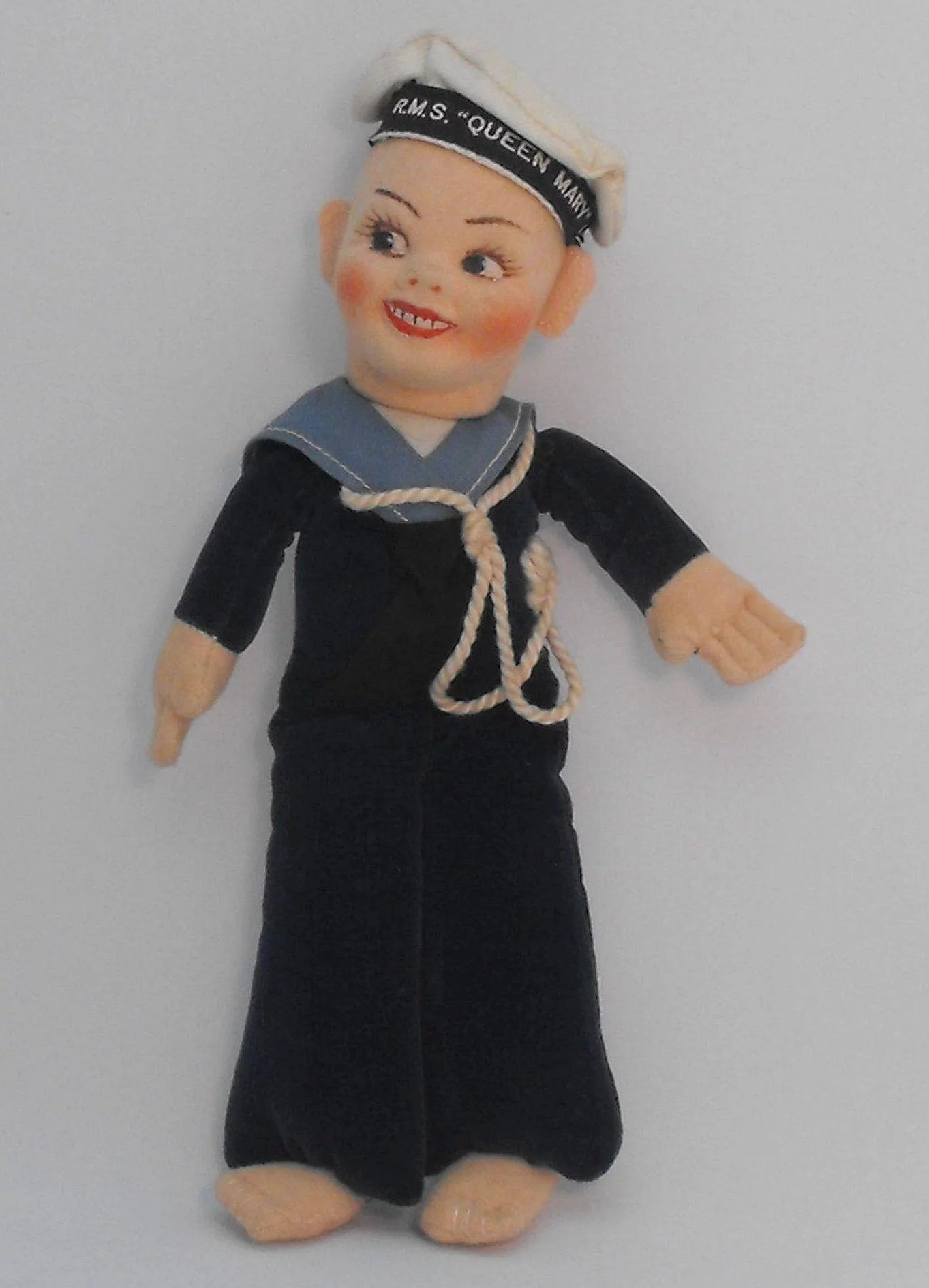 When the Queen Mary’s a rockin’, Norah Wellings’ doll comes a knockin’..

Most of Wellings’ dolls were attired in a sailors suit and hat. Opinions vary on the quality of her work, depending on who you ask. I think that her dolls range from the plain to the ugly to the goofy to the kitschy. I don’t have anything against them, though. My wife, on the other hand, feels that Wellings’ dolls are nothing less than pure evil – the devil’s marine henchmen, programmed to waddle off the wall shelf or bureau top during the wee hours to hack innocent sleepers into bloody slivers. Yes, that is actually how she feels about them.

Not surprisingly, I am forbidden from owning any Wellings dolls. I can’t say I am a massive collector of dolls, but if I were, these would definitely not be on my shelf. I guess I would have to go down a different route, as I would want to collect something that was not your usual Barbie doll. Then again, I’m sure my wife would have something to say about that, too.

Murderous intentions aside, if you feel like learning more about Wellings and her various dolls, check out this blog. But if you happen to awaken one night to a maniacal doll in a sailor’s suit wielding a bloody cleaver, don’t come complaining to me.