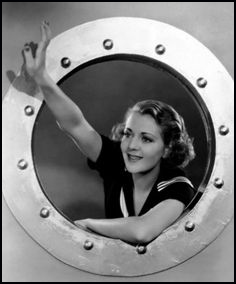 Until about 20 years ago, bon voyage blasts were a standard part of sea travel. The concept was simple: invite as many friends as possible to visit you in your stateroom/cabin in the hours before the ship set sail for wherever. Your pals would bring along fruit baskets, flowers and, of course, copious amounts of bottled spirits. They would also occasionally bring along people you didn’t know. Sometimes pets, too. Then your uncle would get drunk and create a nuisance on the Promenade Deck.

In August 1970, during a bon voyage party onboard Oceanic in New York, my sister was pinched in a tender location by our Italian cabin steward. My brother accused me of bribing the steward, but I continue to stand by my denial.

The great thing about bon voyage parties is that they were free-form affairs, with participants from individual parties gradually intermingling with each other until, on many ships, the entire vessel was rocking well before it hit the open sea. The good times continued until the call “all ashore who’s going ashore” was sounded. Then all the guests departed (often involuntarily) to the pier where they hooted and hollered as passengers on the departing vessel threw colorful streamers to their well-lubricated friends on shore.

I would like to hold a party for Oceanliners Magazine readers one day. We’ll all meet in Dubai, crash onto QE2 and take her back to Britain, partying nonstop along the way. Does anyone reading this drivel know how to start and steer and ocean liner?

Bon voyage parties ended for good when the shipping lines stopped allowing non-passengers to board their vessels. The nerve of them?

Blame the lawyers and their silly liability and security worries.

I have a headache.