The Hudson River Park Trust has announced plans to build an elevated public park and performance space at the location. Dubbed “Pier 55,” the project would replace the dilapidated Pier 54 near 14th Street. Media mogul Barry Diller, chairman of IAC/InterActiveCorp and former head of Paramount Pictures and Fox, has agreed to provide $130 million to build the park through a family foundation. Another $39.5 million would come from New York City, New York State and the Hudson River Park Trust. 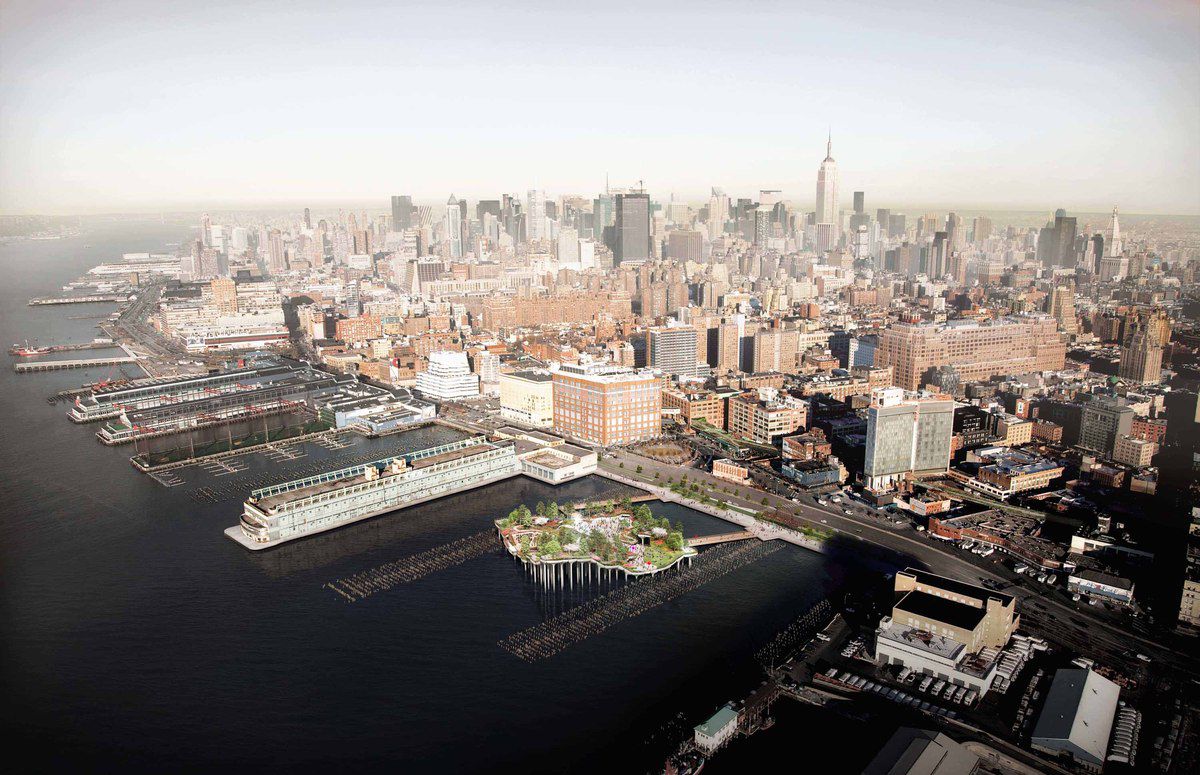 An artist’s rendering of the planned North River Pier 55 park.

Construction of the unique park, designed by British architect Thomas Heatherwick in cooperation with landscape architect Mathews Nielsen, is set to begin in 2016. 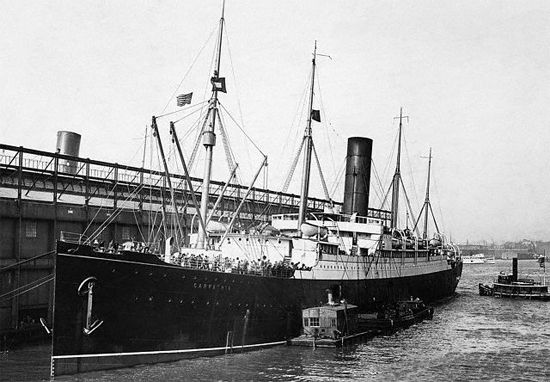 After rescuing Titanic survivors, the Cunard Liner Carpathia first stopped at the White Star’s Pier 59 to unload the Titanic’s lifeboats. She then moored at Cunard’s Pier 54 for Titanic’s survivors to disembark.

Other notable liners that docked at Pier 54 include Mauretania (1907) and Aquitania. Lusitania departed Pier 54 on 1 May 1915 for what would be her final, tragic voyage.

Editor’s Note: It would be nice if the project’s organizers could find a historic ocean liner or two to complement the new park.