On the evening of 24 December 1906, shipboard and other maritime radio operators along the US East Coast were startled to hear a voice and music coming through their headsets instead of the usual harsh, raspy Morse code dits and dahs. More than a few weary Marconi men must have thought they were hallucinating during their long station shift. What they were actually hearing was the world’s very first radio broadcast, courtesy of Reginald Fessenden. 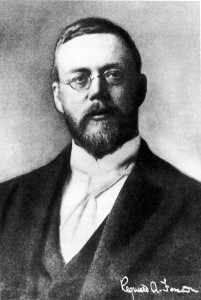 At dusk that evening, the Canadian wireless pioneer fired up the transmitter at his Brant Rock, Massachusetts, laboratory and tapped out a general call to all stations (“CQ”) on his telegraph key. He then positioned a microphone near an Edison phonograph and broadcast a recording of Handel’s “Largo.” He next picked up his violin and played “O Holy Night.” He sang the last verse. The ethereal performance was heard across several hundred miles. 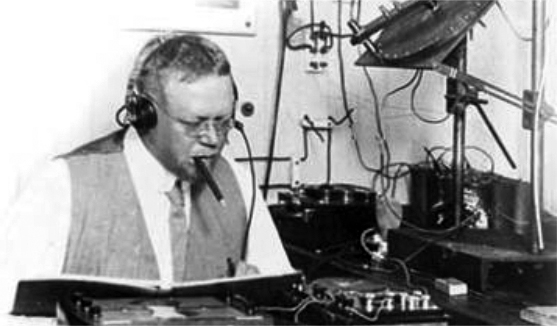 The recital ended with a brief Bible reading from Luke 2:14. “Glory to God in the highest, and on earth peace, goodwill toward men.”

A new age had dawned.