White Star Line’s Celtic (1901) ended a 27-year career on 10 December 1928 by unceremoniously running aground (twice) in heavy fog off the coast of Ireland. All of her passengers and crew—including 30 survivors of the Vestris disaster—were safely evacuated, but the liner was declared a total loss. She was dismantled by breakers in 1933 due to the dangerous position of the wreck. 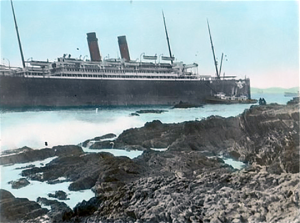 Celtic on the rocks in Ireland near the entrance of Cobh (Queenstown) harbor.

Like nearly White Star liners, Celtic was built in Belfast by Harland & Wolff. She was 680 feet long,  had a 75-foot beam and was listed at 20,904 GRT. The twin-screw liner featured four masts and two funnels.

Celtic was the first steamship to exceed 20,000 tons. She was converted to an entirely Cabin Class liner in 1928.

Celtic was always something of a hard-luck liner. She struck a mine in 1917, killing seven on board; was torpedoed in 1918, killing six on board; and was involved in two collisions (1925 and 1927) that, fortunately, resulted in no fatalities.

On the positive side, Celtic was the first ship to be larger in gross tonnage than another famous problem-plagued vessel: Great Eastern. She was also 9 feet longer, but had three fewer funnels. 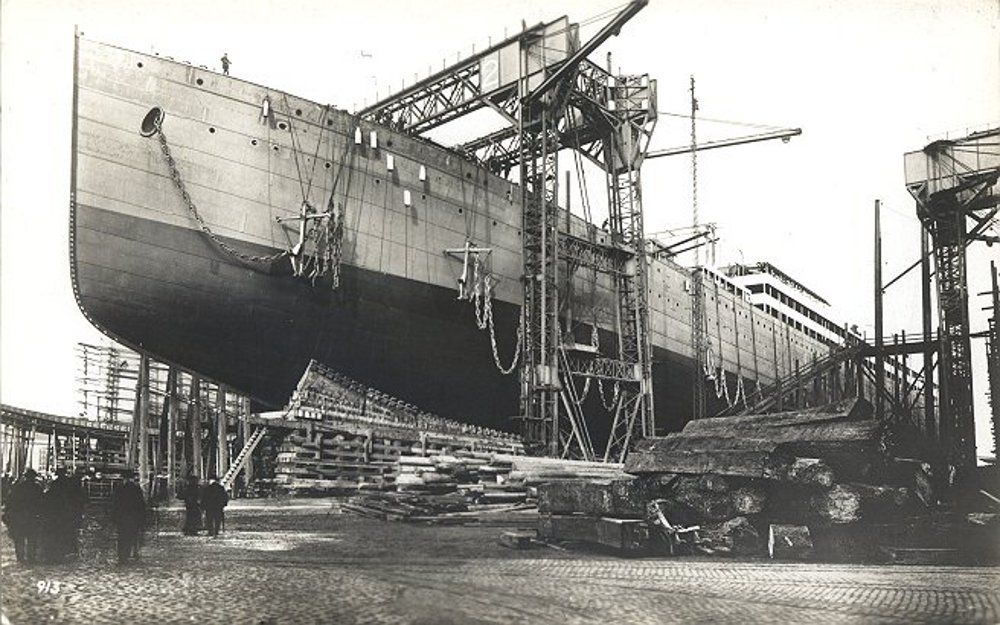 Celtic under construction at the Harland & Wolff shipyard in Belfast. 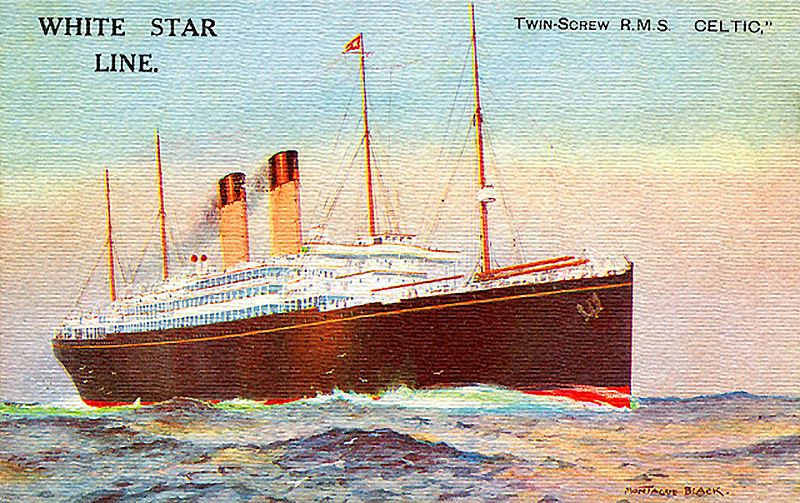 A postcard featuring a painting of Celtic. 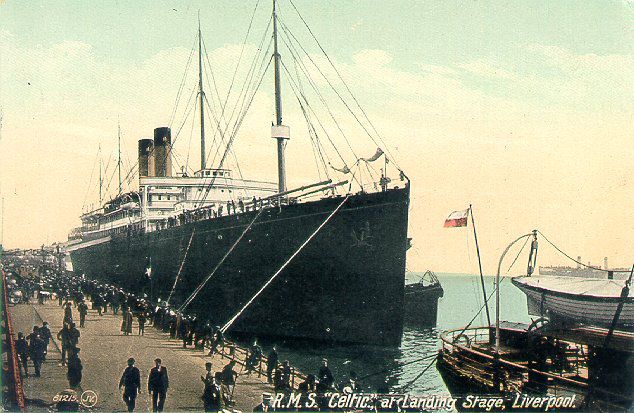 A hand-tinted photograph of Celtic at the Liverpool Landing Stage.