Capt. Heinrich Lorenz, left, of Norddeutscher Lloyd’s Berlin (ex-Kungsholm of Swedish American Line), proposes a toast to the success of Fidel Castro’s communist Cuban government on 15 April 1959. Castro visited the liner after it landed in Havana from New York.

Lorenz’s nineteen-year-old daughter, Marita (seen in the second photo below), also met Castro at this time. A few years ago, Marita announced that she and the communist dictator had a torrid love affair, which led to the birth of his love child. Sometime later, Marita claimed, she tried to carry out an assassination plot against her former lover.

There would be no honeymoon cruise for Marita and baby daddy Fidel. 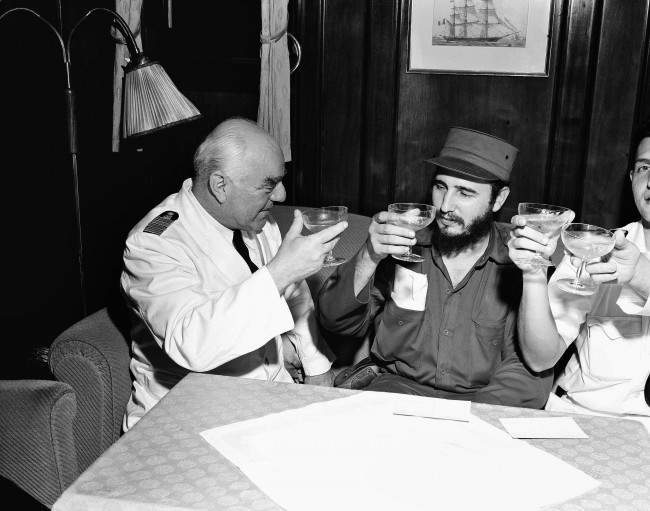 “Here’s to the tyrant! By the way, El Commandatore, have you met my daughter?”