Exactly 160 years ago, on 10 November 1860, Irish immigrant Michael Moran purchased a half interest in a New York harbor tugboat named Ida Miller. By the mid-1880s, there were more than 150 tugboats working the harbor and Michael Moran had an interest in ten of them. By 1910, Moran Towing was grossing nearly $800,000 a year and, at the start of World War II, Moran Towing had some 50 tugboats and its revenues had increased tenfold.

During World War II, Moran operated more than 100 tugs, both Moran- and government-owned, as part of the war effort. The company’s most significant contribution was the towing of huge barges across the North Atlantic for a crucial rendezvous with a Moran-operated tug fleet in the English Channel. The Channel-based fleet was transporting artificial harbors to strategic points off the Normandy coast, where it would install them so that heavy equipment could be unloaded onto the beaches. The operation was critical to the success of the Allied invasion of Europe

How essential were Moran tugs? In 1967, during a tugboat strike, it took Queen Elizabeth (1940) (with the help of a rowboat) an hour and 10 minutes to painstakingly dock at her North River pier (watch the video above).

Sadly, tugs are normally no longer used to help large passenger vessels dock in New York harbor (or pretty much anywhere else). Bow thrusters and other sophisticated propulsion technologies have made tugs redundant for docking purposes, except in certain unique or extreme situations. Therefore, the pleasant act of watching a litter of little tugs push and nudge a great ship into or out her berth has become another lost joy of ocean travel. 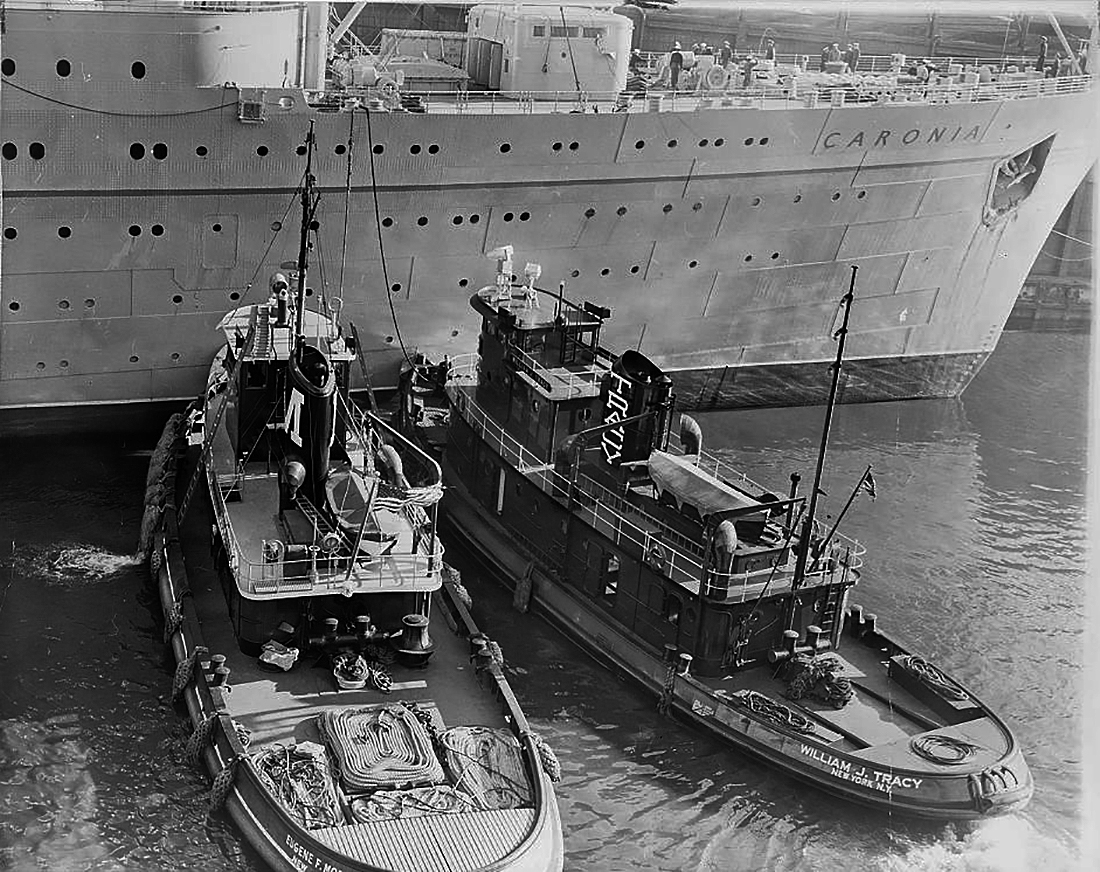