Anyone who believes that media circuses are a recent trend never sailed on a major transatlantic ocean liner during the early to mid 20th century. As Queen Mary, Normandie, United States or any other superliner glided toward her North River berth, she would more often than not be greeted by a boat packed with newshounds eager for a celebrity interview that could be placed in front of readers and viewers within days (for newsreels) or even hours (for newspapers and radio). The tiny vessel would sidle up to the liner and the motley gang would clamber onboard the liner in a manner not dissimilar to clowns pouring out of a tiny car.

Adding to the usual chaos of arrival day would be the startling arrival of all sorts of aggressive media types, including pushy reporters and combative photographers. Movie cameras, light stands audio recording gear would compete with passengers’ luggage for scarce deck space. Wires and cables were everywhere. Once wide-open decks would be blocked and placed off-limits to passengers.

The brighter the star, the bigger the show. The Duke and Duchess of Windsor, for example, would rate a full three-ring circus. A promising movie starlet, on the other hand, might only find herself surrounded by the equivalent of a small tent circus. There were sideshows, too. Interviews with child stars, animal trainers, people who were rescued at sea, and so on provided great entertainment for readers and newsreel audiences.

Like ocean liners, newspapers and newsreels have faded away. But the media circus has simply moved on. It is truly the show that never ends. 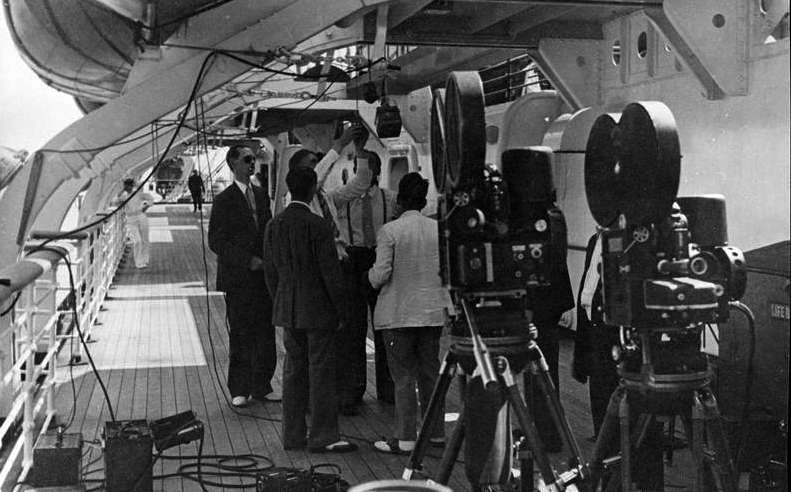 A late 1930s-era camera crew prepares for a movie star, politician, trained animal or some other kind of celebrity to arrive on the Boat Deck. The crew member in the center holding his arms up is using a light meter to find the correct camera exposure setting. 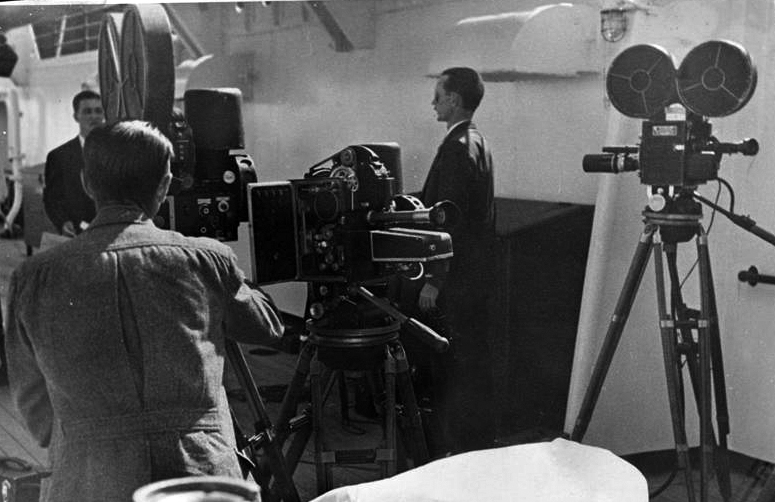 This crew, using state-of-the-art portable 35mm cameras, is likely employed by a major newsreel service, such as Fox Movietone News or Pathé News. 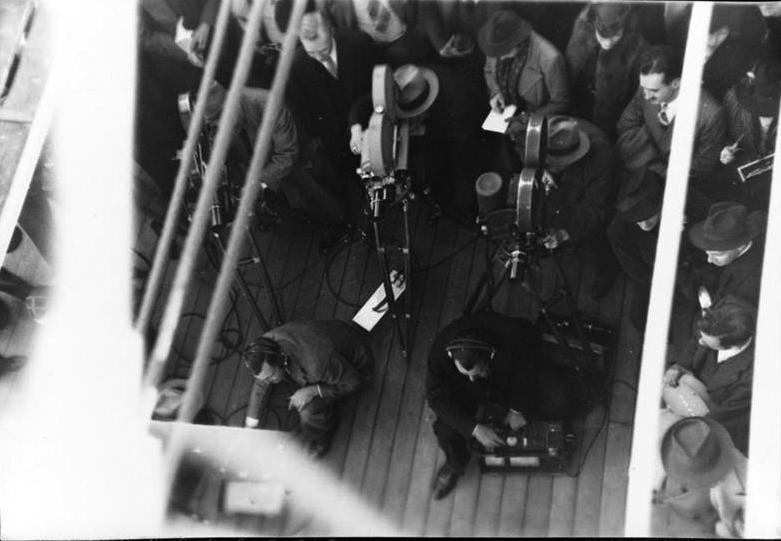 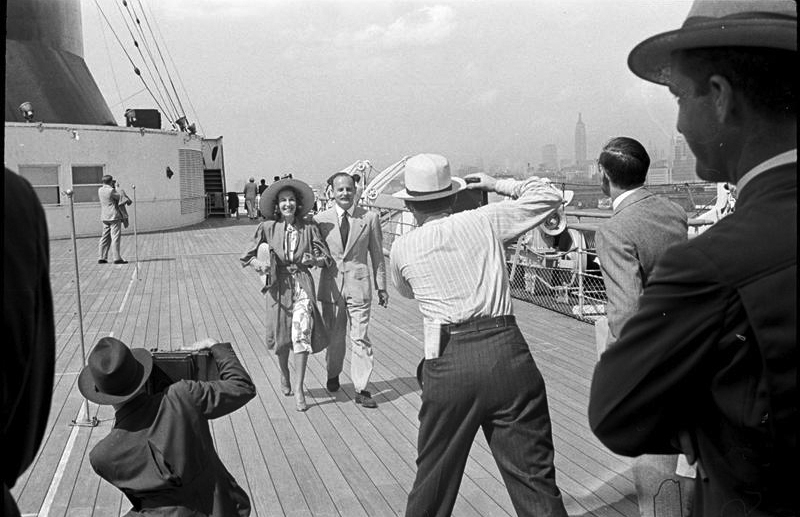 Press photographers using bulky Graflex Speed Graphic cameras taking a photo of an unidentified couple on what appears to be Normandie. 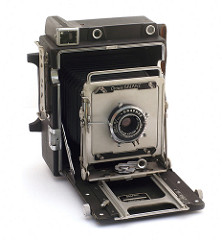