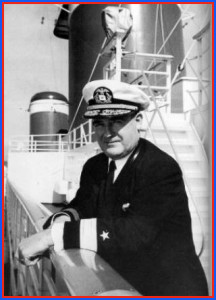 Alexanderson was born to Swedish immigrant parents. He graduated from the New York Merchant Marine Academy at Fort Schuyler in the Bronx in 1930 and was commissioned in both the Naval Reserve and the Maritime Service. 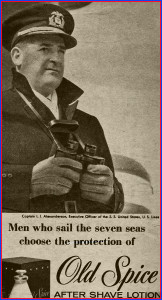 Returning to United States Lines after the war, Alexanderson served on various ships before becoming executive officer and, in 1955, captain of the liner America. Alexanderson was master of United States for the last five of her 17 years in service

n 1966, United States Lines made Alexanderson its fleet commodore. As such he was in overall command of the line’s 52 ships and was entitled to run the commodore’s silk ensign up the halyard of the radar mast of any of the line’s ships he happened to be on.