Looking at United States in her current sorry condition, it’s hard to believe that she was once the pride of the United States Line fleet. During her service life, United States was always bright, shiny and clean. The liner’s officers and crew were also expected to maintain a spotless and professional appearance.

Given her reputation for excellence and cleanliness, it’s not surprising that the American advertising industry often used United States and her officer staff in advertisements for various types of products and services. In this particular ad, published in autumn 1959, we see Chief Officer Richard Ridington dressed in his spotless summer whites and, most importantly (at least to the advertiser), wearing a pair of very shiny shoes. 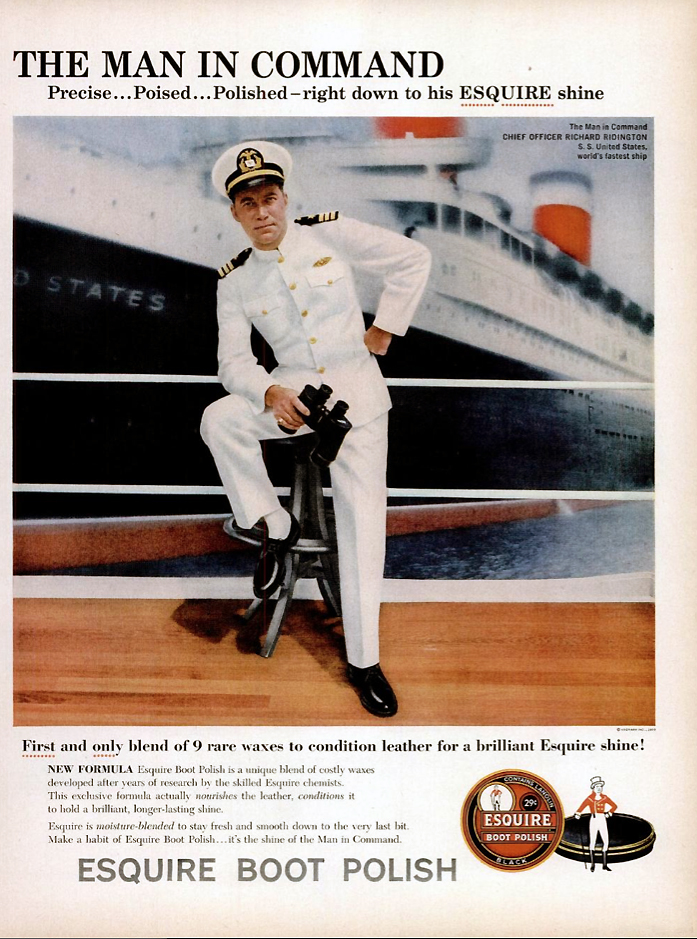