France (1962) changed names and began a new life on 3 May 1980 when Norway’s King Olav V renamed the former superliner as Norway.

After a rough initial voyage, the re-named, re-purposed vessel became an immediate hit for Norwegian Cruise Line (NCL), which spent over US$100 million to convert the ocean liner into a full-time cruise ship.

As a mega-sized vessel mass marketed to the general public, Norway played a major role in the development of the modern cruise industry. (View the promotional video above  for a taste of what cruising on Norway was like.) 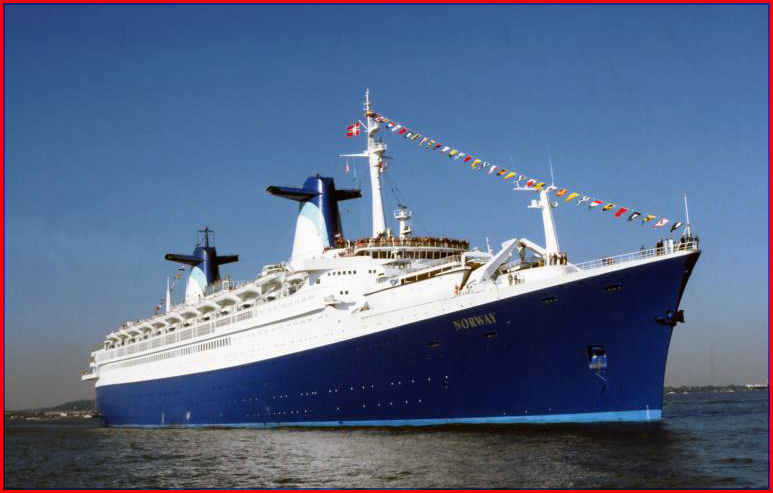 Norway in her prime