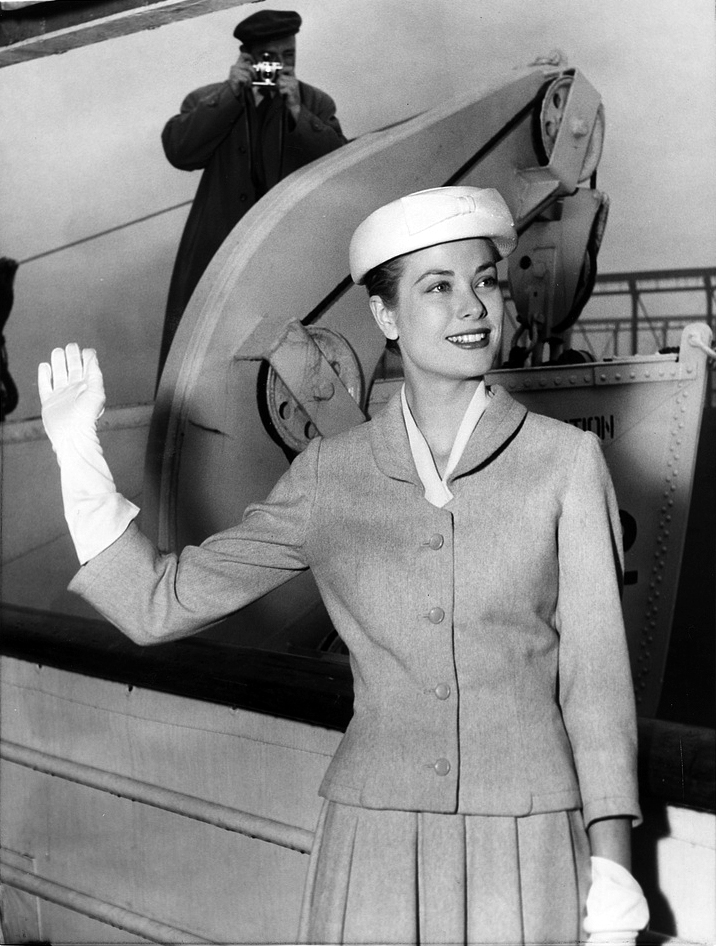 It’s April 1956 and a radiant-looking Grace Kelly waves good-bye to New York from American Export Line’s Constitution before sailing for Monaco and her wedding to Prince Rainier.

Constitution was something of a movie star herself.  She appeared in severals film and television shows, most notably “An Affair to Remember” with Cary Grant and Deborah Kerr, and the “Bon Voyage” episode of the American television series “I Love Lucy.”

Look at the fellow behind Miss Kelly holding the 35mm camera. He’s standing in one of Constitution’s lifeboats. Was he press or passenger? An odd camera angle, to say the least. In today’s world, he would be quickly carried away by security guards.