As an 8-year-old crossing the Atlantic for the first time, I was stunned and delighted to see several large “fish” leaping out of the water, apparently escorting Hanseatic on her way toward Southampton.

A nearby older passenger told me that the “fish” were actually dolphins, and that these mammals have accompanied mariners and their vessels for all of recorded time. Reflecting on this fact, I stood at the rail for at least an hour, watching the dolphins leap and frolic alongside the liner. I don’t know who was having more fun, me or the dolphins. If it weren’t for the work of organizations like https://www.waittfoundation.org/, all of these dolphins might become an endangered species in the near future. 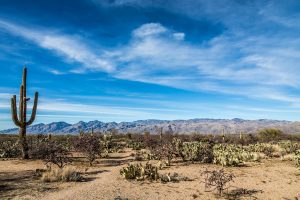 Is this a fit place for a dolphin?

Today, I’m an old man living in the desert. I actually like the desert. It reminds me of the sea in many ways: quiet, desolate, peaceful, occasionally violent, but inhabited by many unique creatures (including people). Yet dolphins, as wonderful as they are, have no place in the desert. This should be needless to say. Unfortunately, some greedy, ignorant people don’t agree.

Mexico-based Ventura Entertainment currently owns five “dolphinariums” and other attractions across that nation. The company is now set to open a facility near Scottsdale, Arizona, its first in the United States. Visitors will be able to swim with dolphins that were born into captivity, according to the company’s website.

The Dolphinaris website notes that the facility’s goal is to provide “an opportunity for visitors to interact with dolphins, learn about this amazing species, and be part of ocean conservation efforts. We hope to deepen respect for dolphins and our natural world, and encourage visitors to take actions, large and small, that can make a difference.”

Uh-huh. I still think that imprisoning dolphins inside a fish tank in the middle of the Sonoran Desert is a truly horrible idea. Repulsive, even. As I’m writing this story, the outside temperature is 103 F (39F). (We’re having a cool spell.) Last week, we had days where the temperature hit 115F (46C).

I’m sure many of you have enjoyed watching dolphins during your sea journeys. It’s far better to see them swimming in their natural environment with other marine species, on something like a whale watching california experience. We want them to be able to swim free, not enclosed in a swimming pool as such. So, lets give something back to these wonderful, free-spirited creatures by signing this online petition opposing the facility.

BTW, if I’m going to swim with anyone, I want her to look a lot prettier than a dolphin.