Images of Cunard Line’s former office buildings in Britain and North America are to become an integral part of Queen Mary 2 during her major 2016 refit.

The Cunard Buildings in Liverpool, New York and Southampton will each be featured in a specially-commissioned set of images that will be displayed in the ship’s suites and staterooms when she re-enters service following her three-week refit next June.

Behind the images is renowned UK architectural photographer, Paul Ward, who accepted the Cunard commission and spent a month researching, visiting and photographing the buildings. 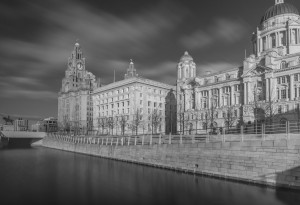 Ward’s work started in December at the Cunard Building in Liverpool, this year celebrating the centenary of its opening as the line’s headquarters in 1916. It remained the global focal point of Cunard operations until 1967 and in 2004 became part of the City of Liverpool’s acclaimed UNESCO World Heritage Site at Pier Head overlooking the River Mersey.

Moving to Manhattan, Ward spent time studying and photographing the Cunard Building at 25 Broadway, which is highly noted for its architectural significance and grandeur, with the entrance lobby and first-floor ticketing office designated a New York City Landmark in 1995.

The last of the former offices photographed in the current commission is South Western House in the company’s home city of Southampton, a Grade II listed property in England which signifies and preserves the special architectural and historic interest of the building.
To continue, click the NEXT button on the top of this page.