Crystal Cruises has signed a purchase option for United States and plans to place the historic liner back into service, including transatlantic crossings.

A concept rendering released by Crystal shows the liner with her signature twin red, white and blue funnels and the same number of decks. The decks, however, are extended and expanded to accommodate rooms with balconies. 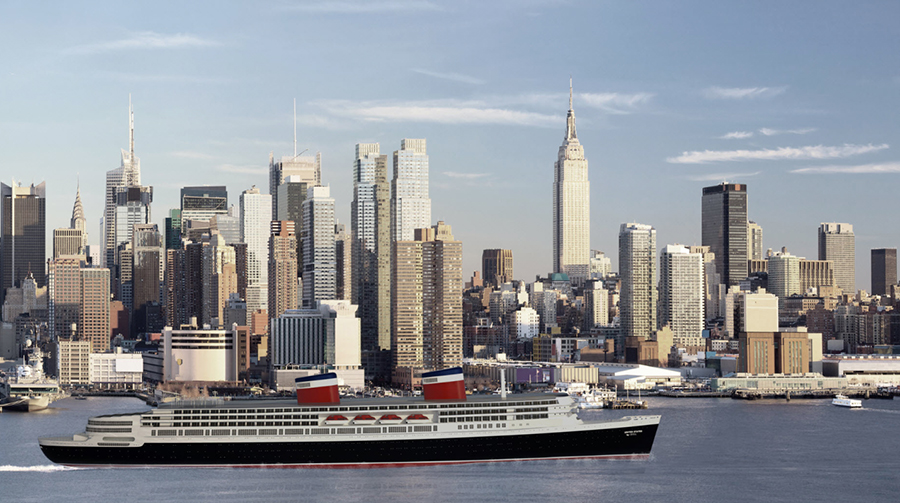 The option agreement runs for nine months. During this period Crystal will conduct extensive checks and surveys of the vessel. If anything might sink the deal, the company CEO said, it would be environmental issues.