Olsen’s first task at the helm was to take Queen Victoria, without passengers, to drydock in Hamburg for a scheduled refit. Then, on 15 December, Olsen was in command on the bridge as Queen Victoria embarked on a cruise with a full complement of passengers. 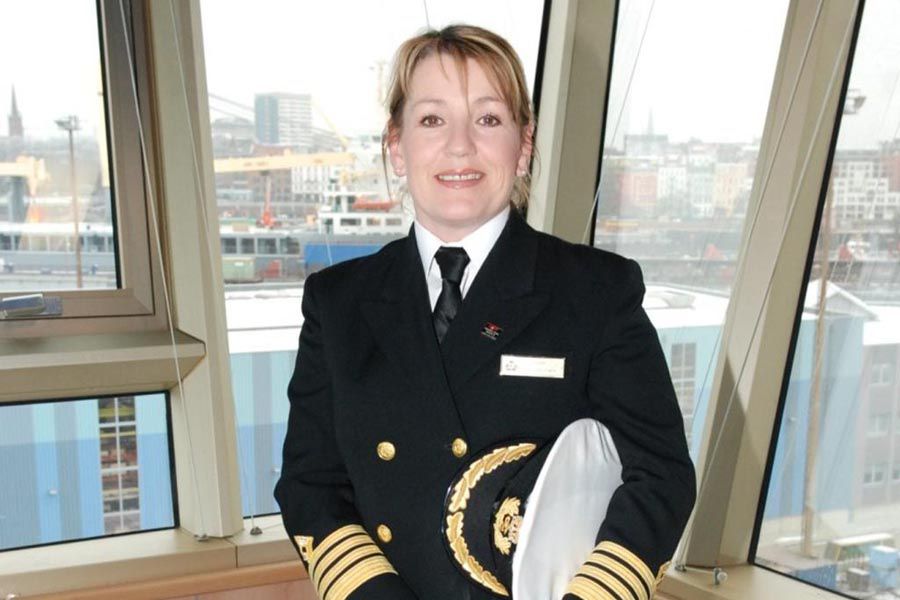 Olsen, who was 43 at the time she became captain, joined Cunard in 1997 as first officer of Caronia (1999). In 2001, she transferred to the Seabourn fleet, which at that time was part of Cunard. She served on Seabourn Sun and Seabourn Spirit before being promoted to the rank of staff captain on Seabourn Pride in 2003.

“While we are far from being the first shipping company to have a female captain, it is nonetheless noteworthy when such a long-established British institution as Cunard makes a break with its captaincy tradition,” said Peter Shanks, Cunard’s president, at the time of Olsen’s appointment. “But as Mark Twain drily observed, ‘the folks at Cunard wouldn’t appoint Noah himself as captain until he had worked his way up through the ranks.'”

In June 2013 Olsen took her ship to her birthplace when Queen Victoria made her maiden call to Denmark’s Faroe Islands.