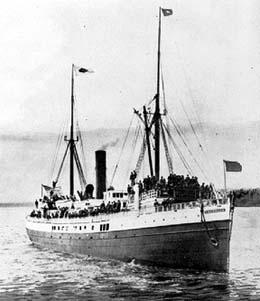 On 22 January 1906, shortly before midnight in poor weather conditions, Pacific Steamship Co.’s Valencia (1882), bound from San Francsco to Seattle, struck a reef on the southwest coast of Vancouver Island near the Canadian-US border and became trapped.

Valencia carried seven lifeboats with a total capacity of 181, as well as three life rafts with a capacity of 54. When the coastal steamer was inspected on 6 January 1906, all of her equipment was accounted for and judged to be in good working order. 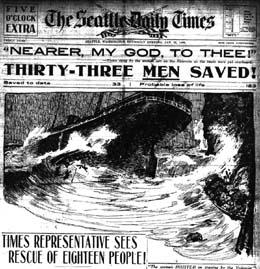 Actually, 37 men survived. All of the women and children, however, perished.

The grounding found Valencia wedged on the reef, trapped between sheer rock cliffs and pounding breakers. Uncharted rocks and fierce winds made it impossible for rescue vessels to approach the stranded and endangered ship.

Scores of passengers drowned when their lifeboats were smashed into splinters or capsized in the rough surf. Over the next 36 hours, terrified passengers and crewmembers clung onto the slowly disintegrating Valencia. Finally, as frustrated rescuers watched helplessly, a massive wave swept over the vessel tossing the souls remaining onboard into the cold sea.

Tragic Toll
The official death toll was 136 out of the 173 passengers and crewmembers.   Thirty-seven men survived, but all of the women and children on Valencia perished after refusing to board a life raft that crewmembers and volunteers hoped to sail to a nearby rescue ship. The women believed that the raft had no chance of making it through the breakers battering the reef. As the raft departed with a full complement of 18 men onboard, the women left behind on Valencia sang “Nearer My God to Thee.”

The raft made it safely to the rescue ship. 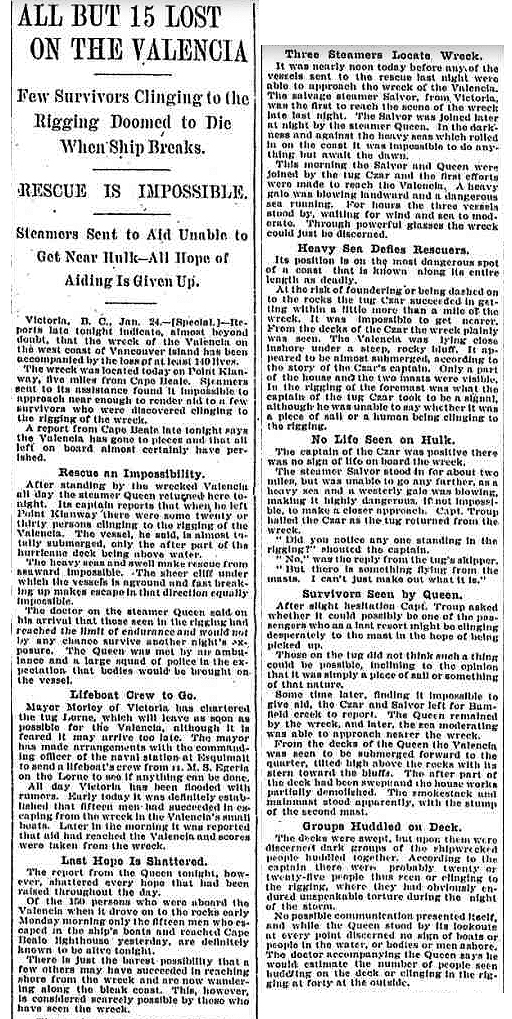