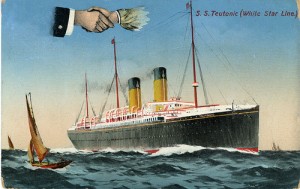 White Star Line’s Teutonic was launched at the Belfast Harland & Wolff shipyard on 19 January 1889. She was the first modern ocean liner in more ways than one.

Thanks to Admiralty financial support, Teutonic was the first passenger ship specifically designed to be converted into an armed merchant cruiser. She was also the first White Star and Harland and Wolff twin-screw vessel, as well as the first without square-rigged masts. With Teutonic, confidence in reliable steam propulsion was, at last, firmly established.

At the Spithead Naval Review on 4 August 1889, Teutonic was boarded by the Prince of Wales, accompanied by Kaiser Wilhelm II, the German emperor. During their tour, the Kaiser reportedly remarked, “We must have some of these.”

In 1900, during the Boer War, Teutonic served as a troop transport between Britain and South Africa.

In 1911, Teutonic’s place in the White Star fleet was taken the new Olympic and the older liner was transferred to sister company Dominion Line for Canadian service. By 1913 Teutonic was definitely showing her age, so was refitted to carry only second and third-class passengers.

A year and a half after the Titanic disaster, while heading from Montreal to Liverpool in thick fog on the afternoon of 2 October 1913, an iceberg was spotted directly ahead of Teutonic. Capt. James ordered the ship put hard to port and full astern. Teutonic is reported to have cleared the iceberg by just a few feet.

In 1914, with the outbreak of World War I, Teutonic sailed again as a merchant cruiser, serving primarily as a troop transport in the Mediterranean. She survived the war and returned briefly to White Star management, although her days were now numbered.

Teutonic was broken up by shipbreakers at Emden, Germany, in 1921. 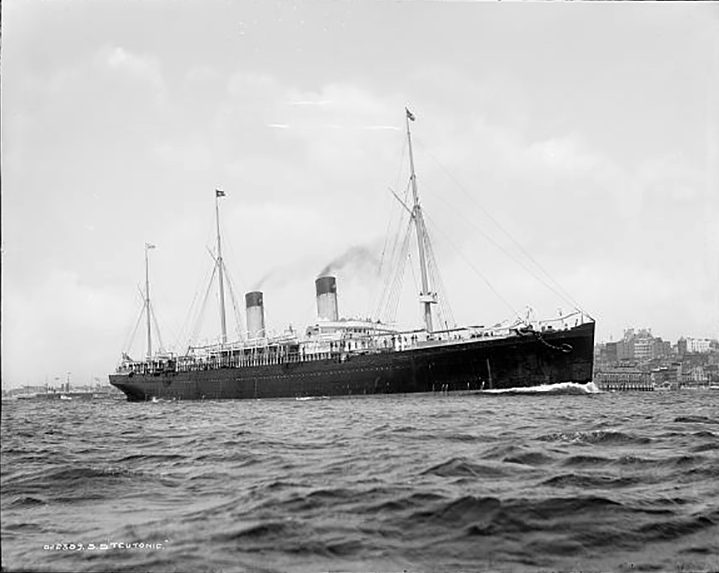 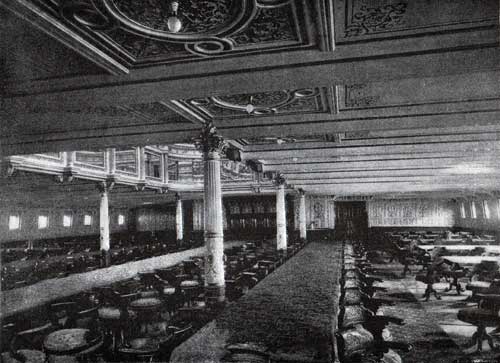 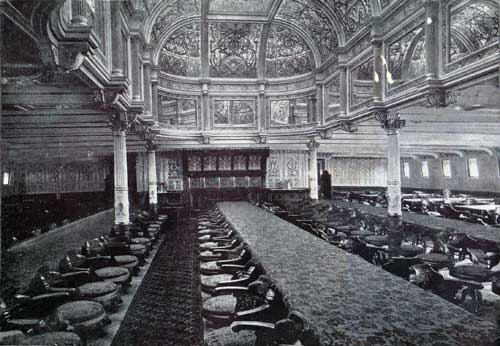 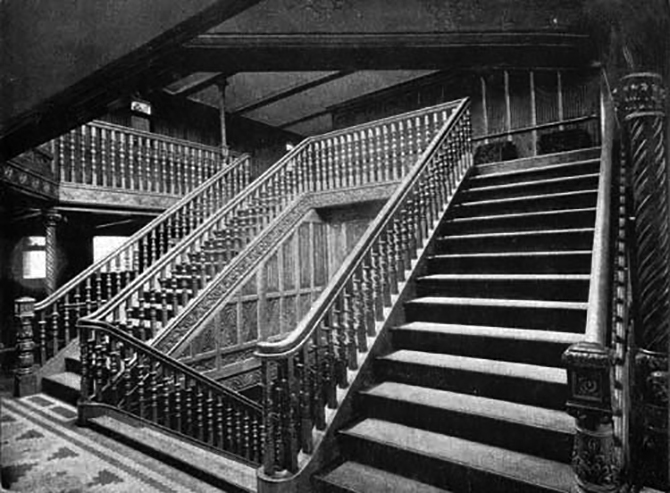 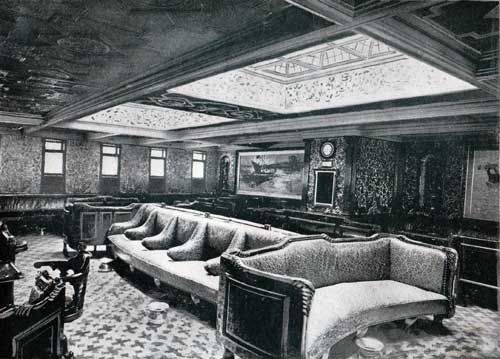 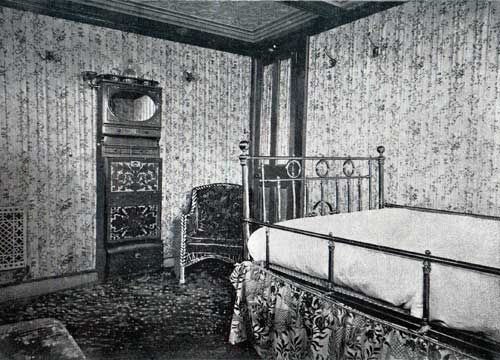