On a foggy 2 January 1890, near Liverpool, White Star Line’s Britannic (1874), bound for Liverpool from New York, collided with and sank the brigantine Czarowitz as both ships entered the Mersey from the Crosby Channel. Each vessel was under pilot control. Czarowitz’s pilot and five crew members were rescued. Less fortunate was Czarowitz’s captain, Peter Pengelly, a native of Looe, Cornwall, who died. He left behind a widow and five children.

Britannic struck the brigantine on the port quarter and quickly rammed straight through her, slicing about 20 feet off of Czarowitz’s stern.  The vessel sank quickly, but in the shallow Mersey the upper portions of her masts remained above water. This fact, no doubt, saved several lives.

A brigantine is a two-masted vessel with foremast fully square rigged and her mainmast rigged with both a fore-and-aft mainsail (a gaff sail) and a square topsail, and possibly a topgallant sail. —Wikipedia

Two boats were quickly launched from Britannic, and it took only about 15 minutes for Czarowitz’s survivors to be plucked from the rigging and brought to the liner.  The men were then delivered to the Liverpool  Sailors’ Home for medical attention.

Late on the afternoon on 19 May 1887, White Star Line’s Celtic (1872), steaming toward New York, collided with fleetmate Britannic, bound for Liverpool, in thick fog about 350 miles east of Sandy Hook, New Jersey. The two liners struck at almost right angles. Celtic’s bow dived some 10 feet into Britannic, port side aft. Celtic then fell back and struck Britannic two more times before sliding past the vessel. 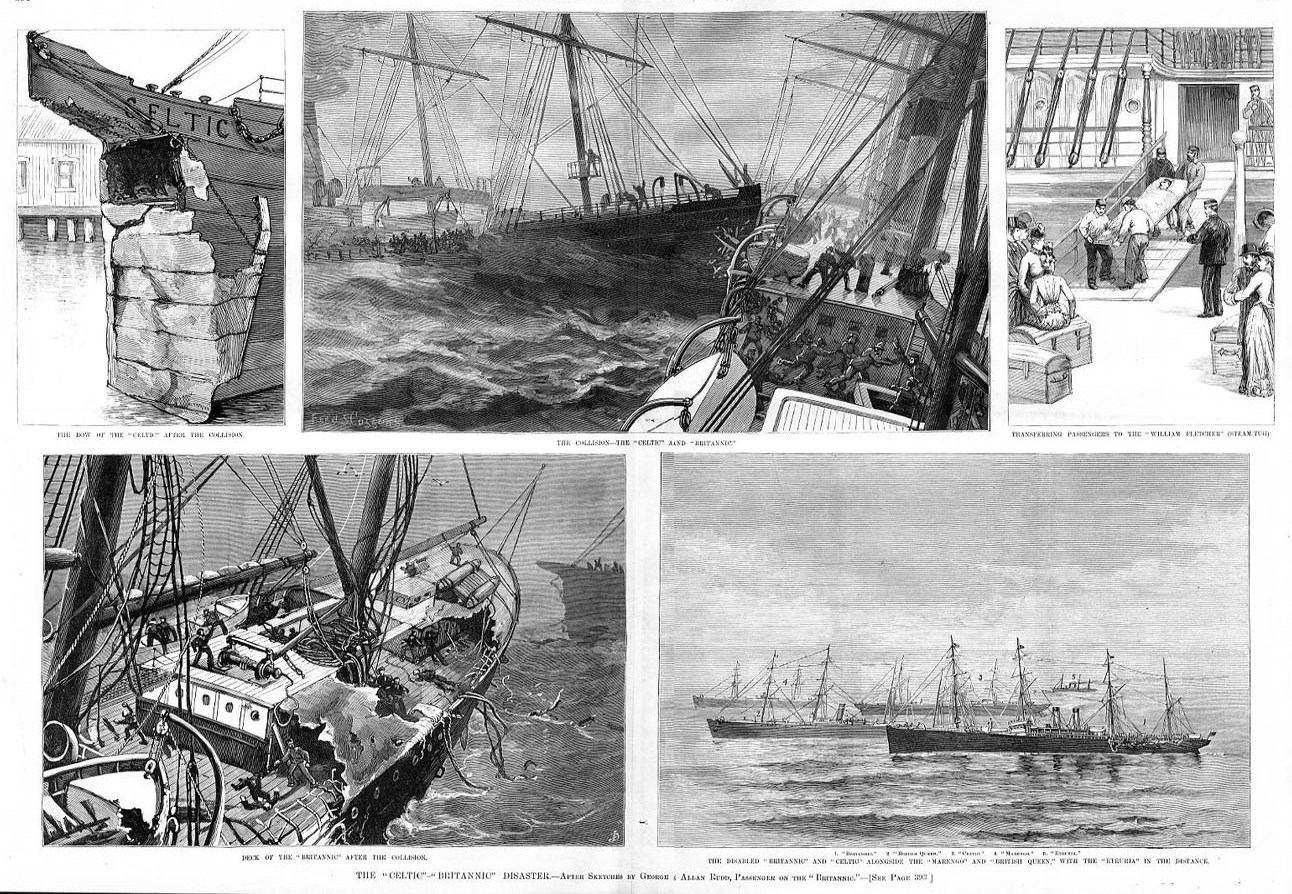