Although long gone, Saxonia and her sister ship, Ivernia (1899), still co-hold the peculiar record of having the tallest funnels ever installed on a passenger liner—a towering 106 feet from deck to top. The elongated funnels made the liners look kind of… well, odd. On the bright side—literally—the tall funnel helped keep soot out of passengers’ eyes (not a small consideration back in the days of coal-burning liners). 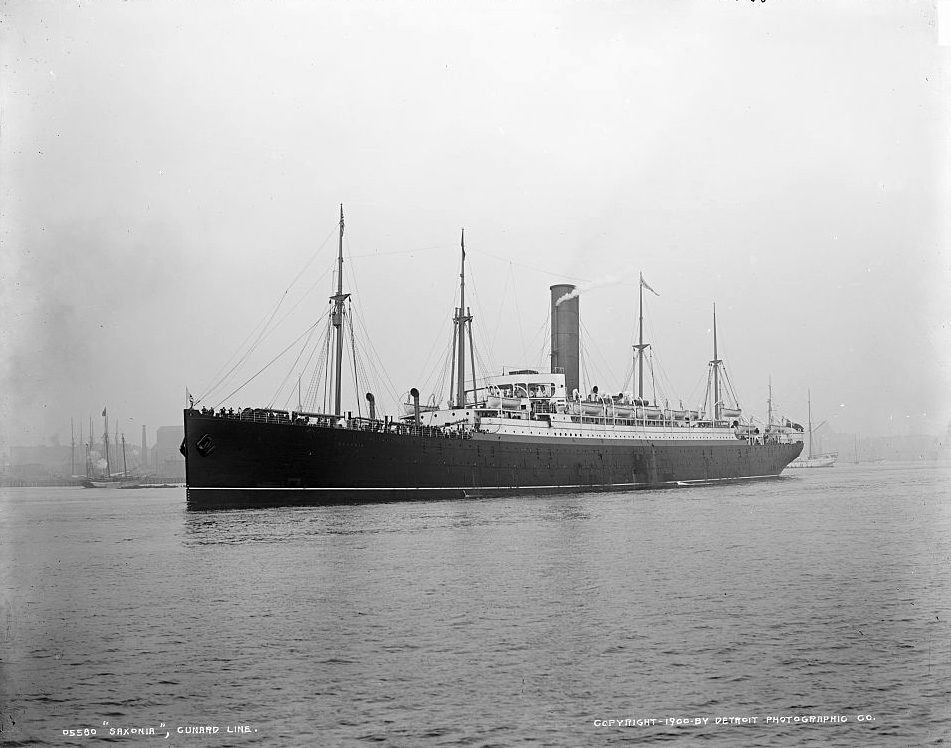 Built by John Brown & Co., Ltd., Clydebank, Glasgow, Saxonia was 580-feet long and had a beam of 64-feet. The twin-screw vessel was rated at 16 knots. She featured four masts and that one massive funnel.

Saxonia made a single voyage as a troopship in World War I. The Cunarder was then berthed in London, on the Thames, to serve as an accommodation ship for German war prisoners. 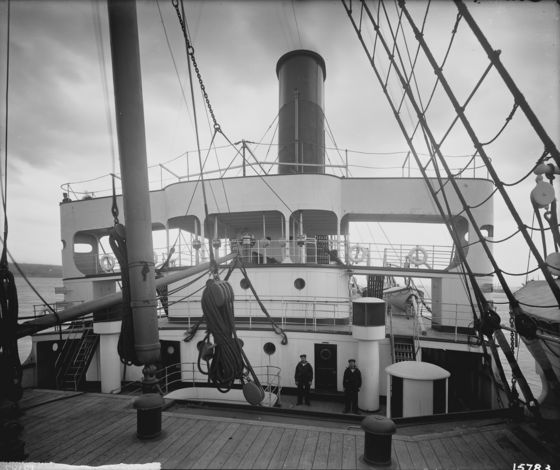 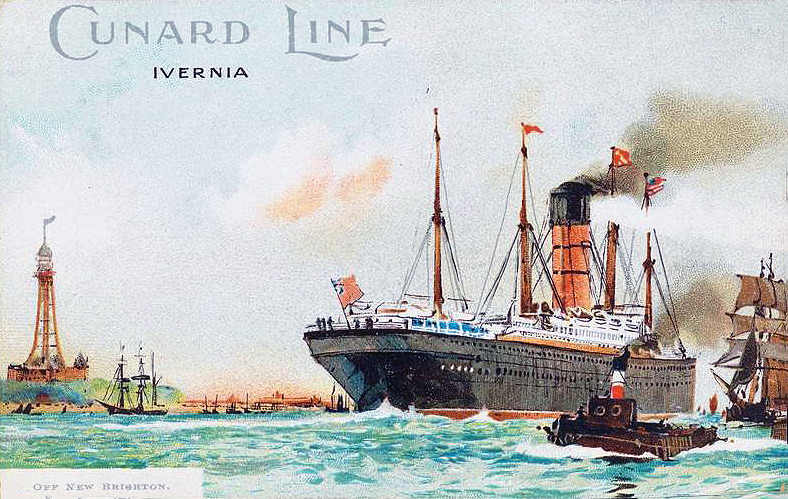