Queen Mary arrived in Long Beach, California, on 9 December 1967 following a 39-day voyage from England, her first, only, and presumably final voyage with paying passengers while being operated by a company other than Cunard Line.

The City of Long Beach acquired the 31-year-old liner for $3.45 million to serve as its waterfront centerpiece. Queen Mary almost found a home on the Philadelphia waterfront, but Long Beach outbid its East Coast rival by a mere $50,000. (Imagine Queen Mary sitting today in Philadelphia, docked next to United States.) New York at one point also expressed some interest in acquiring the liner. 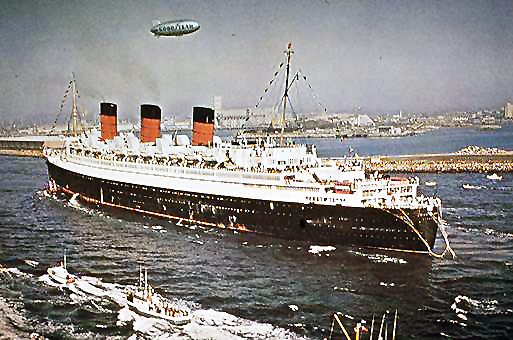 Rough Seas
Queen Mary has had her ups and downs since retiring from active service, including a collapse into bankruptcy several years ago. As of the date of this article, Queen Mary remains closed to visitors due to the COVID-19 pandemic. Meanwhile, the hotel’s operator, Urban Commons, is facing major financial problems stemming from COVID-related losses at more than a dozen other properties the firm operates across the US.

Even before the pandemic struck, Urban Commons was being investigated by Long Beach’s city auditor. The Long Beach Post notes that, among other things, the city is looking into $23 million in bonds issued in 2016, for emergency repairs for the aging ship. The newspaper reports that the funds ran out and some projects were sidelined as many critical repairs ran over budget. 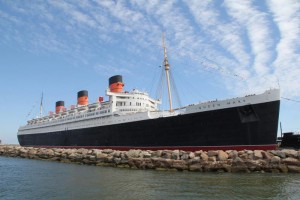 There are other issues as well, including a Post report that one of Urban Commons’ leaders improperly applied for and received a loan under a federal program meant to help small businesses retain employees during the coronavirus pandemic.

When Queen Mary will again welcome guests remains an open question at this time. 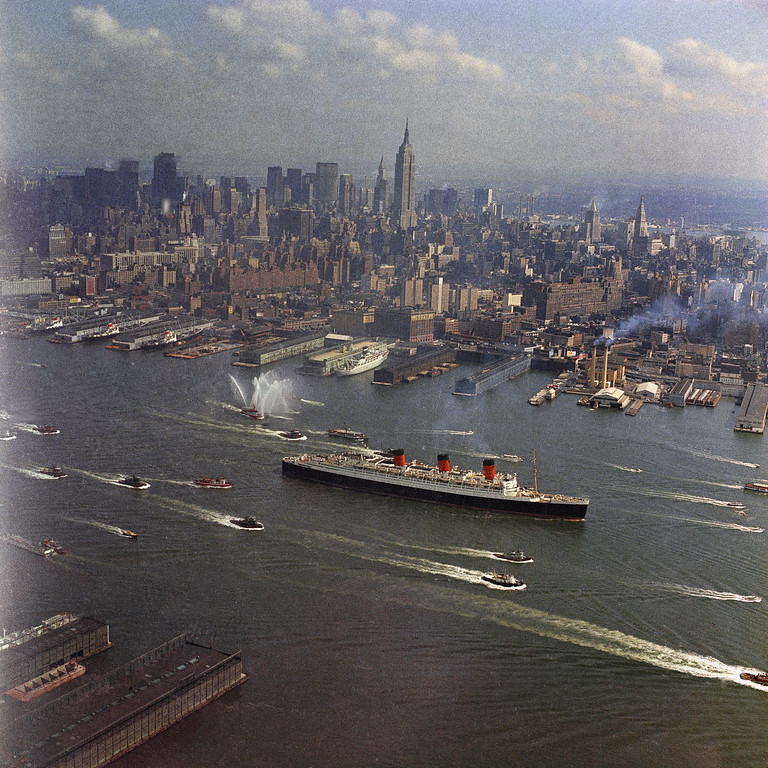 In 1967, Queen Mary departs New York for the last time, escorted by tugs, fireboats, and assorted other small craft. 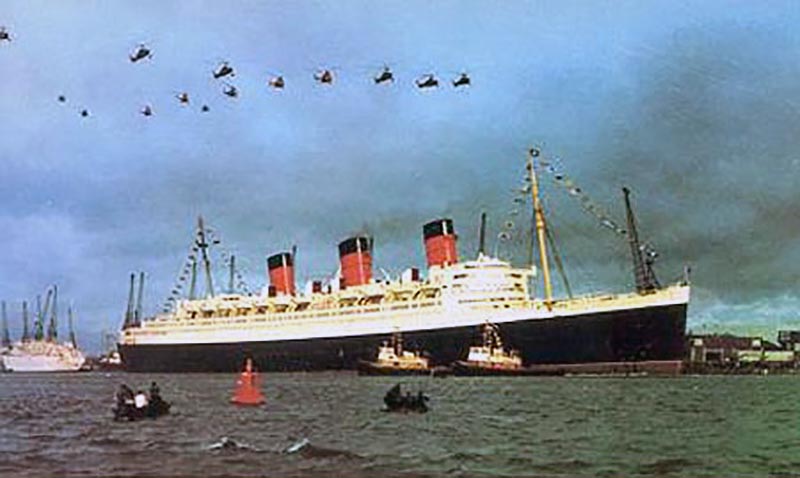 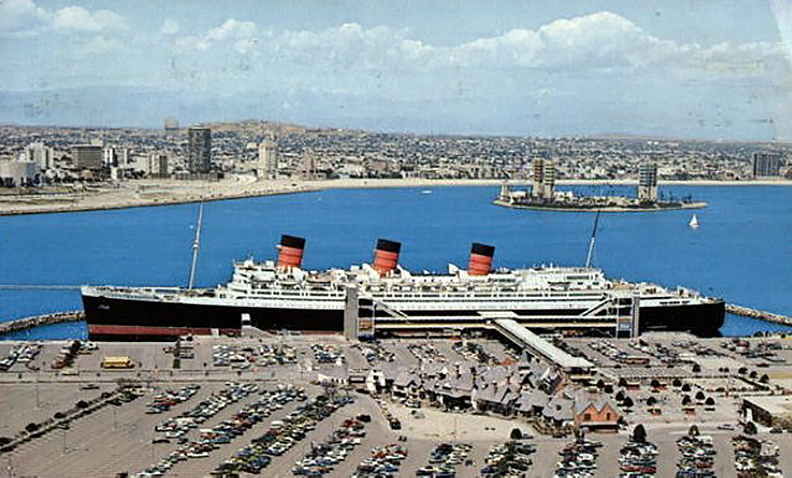 Queen Mary in Long Beach sometime in the 1970s. Note the Queenswalk structures in the foreground. 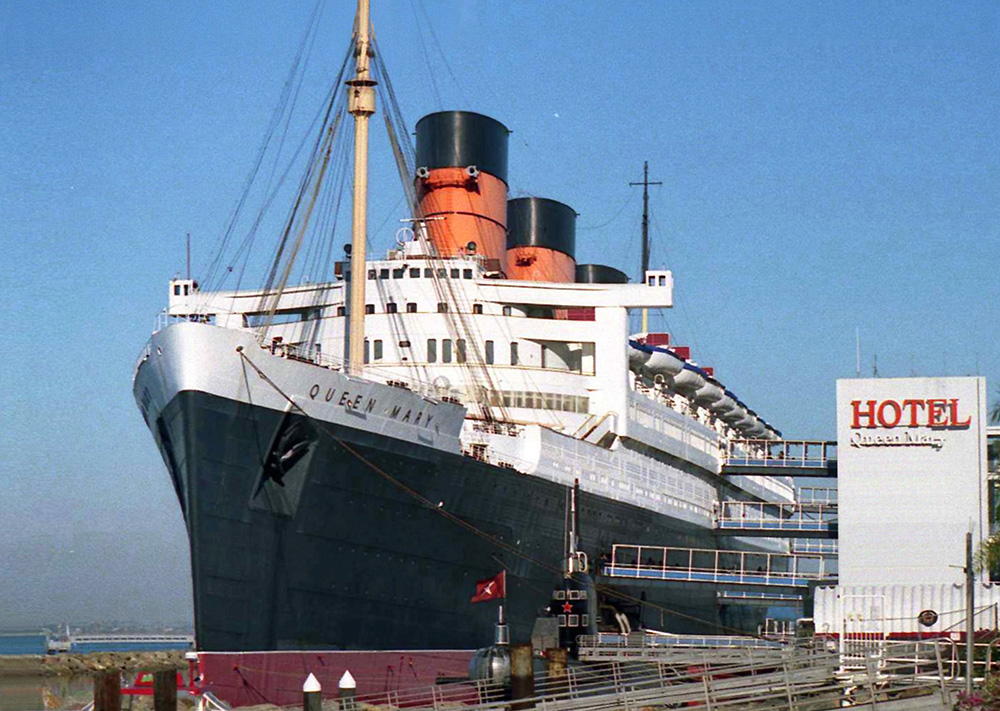 A photo of the Hotel Queen Mary, taken about a decade ago. 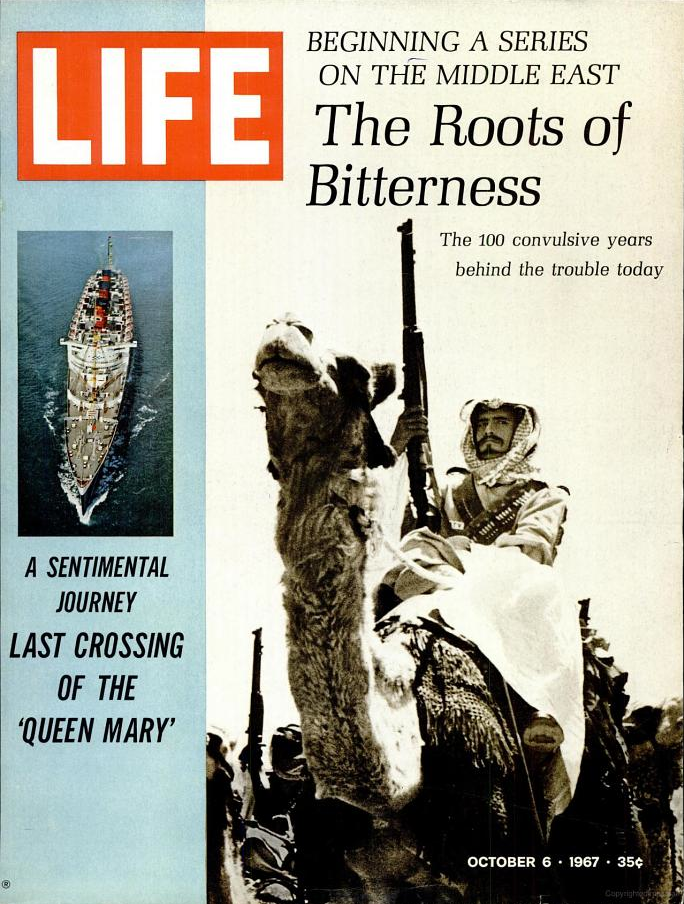 The 6 October 1967 issue of LIFE Magazine devoted a portion of its cover to Queen Mary’s final Atlantic crossing. Inside was a multi-page story “as told by” Queen Mary herself.

“I think the Americans truly want me because I’m British and I shan’t mind too much going because they are American.” —Queen Mary, LIFE Magazine, 6 October 1967