Fingers were crossed on 19 November 1968 when Cunard Line’s new Queen Elizabeth 2 left the fitting out berth at John Brown and Co. and traveled down the River Clyde to the Firth of Clyde Dry Dock at Inchgreen, Greenock, for final trials and commissioning.

Cunard had been left without a single express liner in transatlantic service after the retirement of Queen Mary in October 1967 and Queen Elizabeth (1940) in October 1968. QE2 would begin regular transatlantic crossings in May 1969. Yet as she was being readied for commercial service, many people wondered if the new superliner was about to begin serving a market that no longer really existed. In the late 1960s—the era of the “Jet Set” and the “Space Age”—ocean liners were widely thought of (when they were thought of at all) as floating anachronisms. 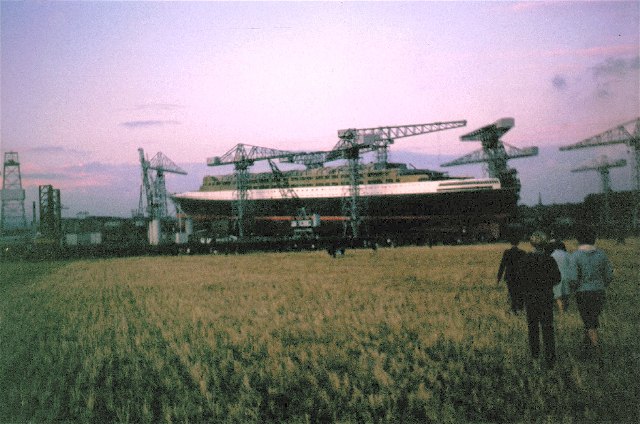 QE2, however, would eventually prove the doubters wrong. By 1999, she had completed 1,159 voyages, sailed 4,648,050 nautical miles, and carried over two million passengers. She would continue in transatlantic service (as well as cruises) until November 2008.

Fortunately, after several years of confusion and idleness, QE2 was saved from the breakers. She currently serves as a floating hotel in Dubai. 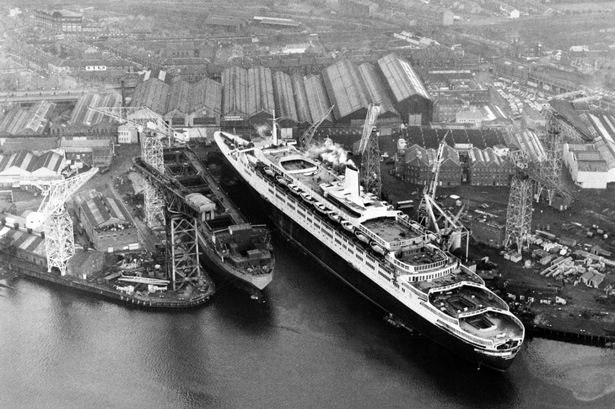 QE2 prepares to leave the fitting yard at John Brown and Co.