As the transatlantic voyage neared its end, while still 66 nautical miles off the English coast, passenger Guglielmo Marconi contacted a signal station at The Needles, near the Isle of Wight. “All aboard well; everything satisfactory,” the wireless pioneer telegraphed the station. 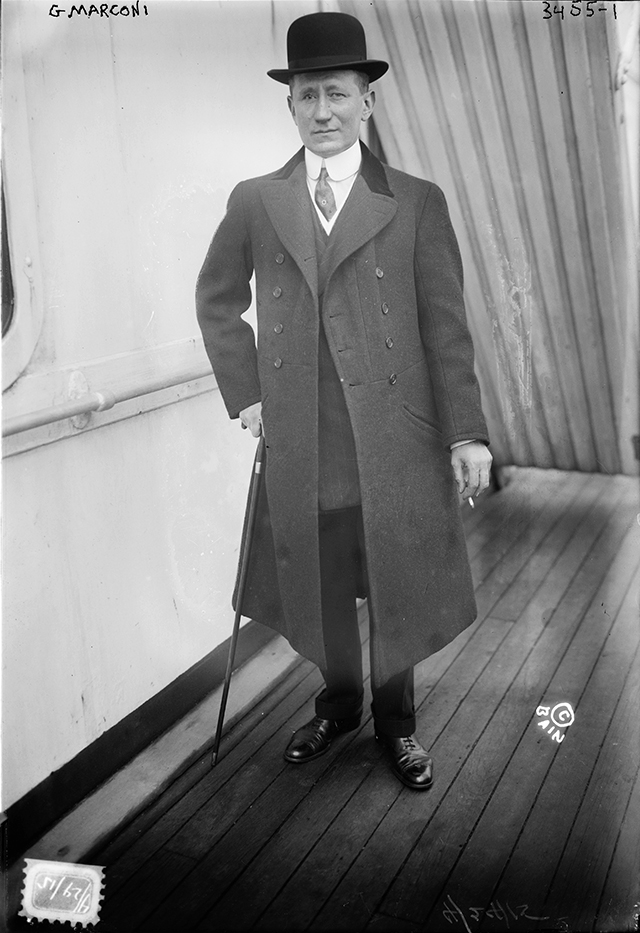 Guglielmo Marconi, wireless experimenter, and innovator. who would eventually have an ocean liner named in his honor.

Marconi reported his contact to St. Paul’s captain, who suggested that the messages should be printed  in the first edition of a new ship’s newspaper to be called “The Transatlantic Times.” The paper contained all of the news Marconi received from The Needles in response to his wireless telegraph inquiries. Copies were sold on board for $1 each (approximately $28 in 2014), and the money was donated to the Seamen’s Fund.

The era of maritime wireless had arrived, although some worried about the technology’s impact on shipboard life. 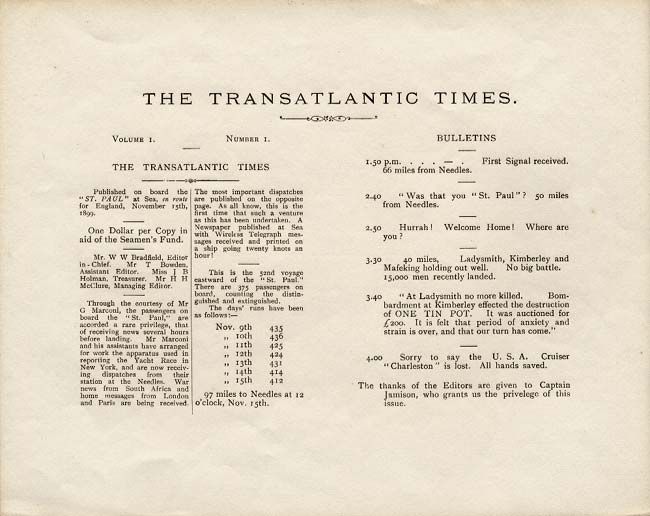 The first issue of “The Transatlantic Times,” published onboard St. Paul on 15 November 1899. 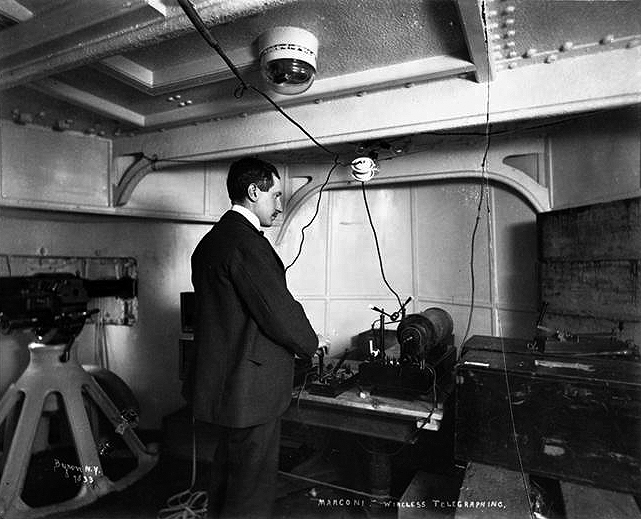 Marconi at his wireless telegraph station onboard an unidentified vessel in New York harbor.