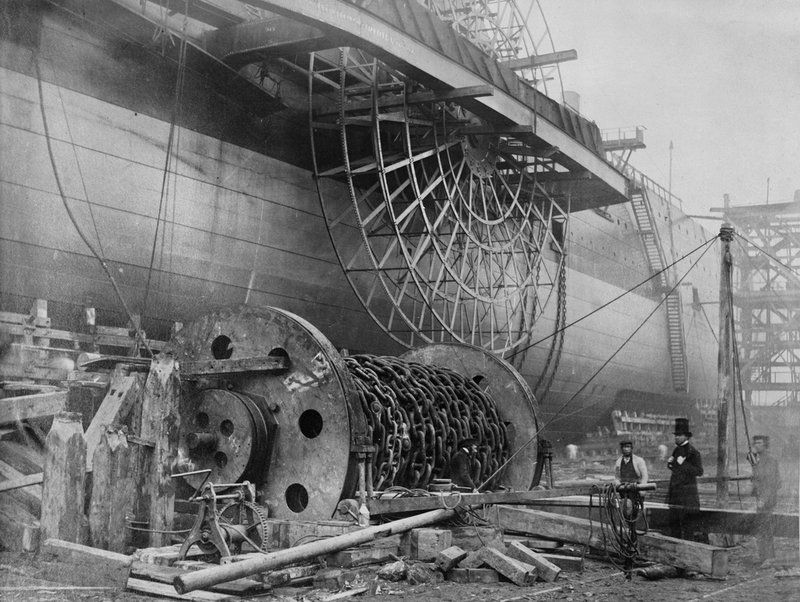 “Leviathan,” prior to her abandoned launch.

Six times larger than any previously built ship, Great Eastern had to be launched sideways (much like today’s mega-cruise ships). Yet after she was christened (as Leviathan—she was renamed Great Eastern at a later date), and the launch order was issued, the giant liner slid just three feet, stopped, and then remained firmly lodged in place. Three months would pass before the vessel could finally be pushed into the water.

“… the ship slid a few feet until the lubricating stuff was rubbed off, and then the rails simply bit one another as the wheels of a locomotive engine bite the rails, and then held the ship firmly in place: so firmly that not only was the inclination of 1 in 12 with the whole weight of 12,000 tons of ship on it unable to move it down the inclined plane, but some thousands of additional pressure by hydraulic rams were unable to force it down into the water.” —John Scott Russell, naval architect and Great Eastern’s builder.

Three months later, on 31 January 1858, after again using multiple hydraulic rams to literally shove Leviathan toward the water, a high tide floated the iron hull into the Thames. The cost of the launch was £120,000. Throughout the remainder of the ship’s completion, Brunel took no fees and paid workers’ salaries out of his own pocket. By this point, nearly £750,000 had been spent on an iron hull containing an incomplete assortment of machinery. There was no money left to finish her fitting-out. 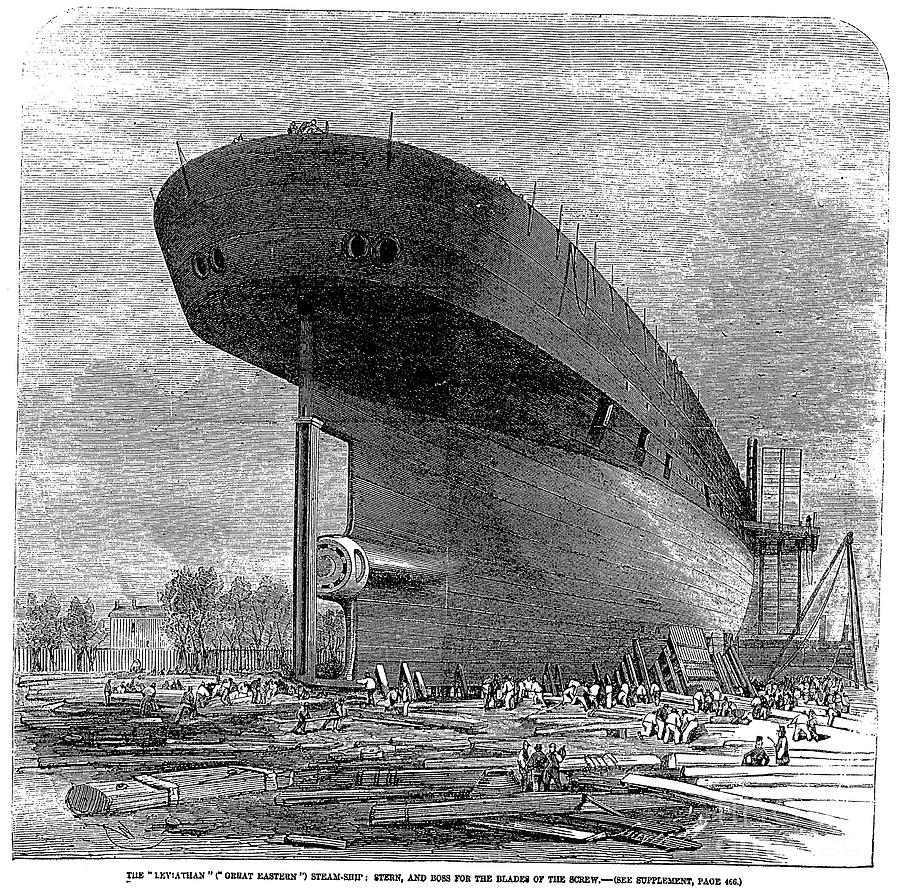 It wasn’t until September 1859, after getting a new owner, that Great Eastern was finally ready to sail. Unfortunately, her maiden voyage. was cut short by a boiler explosion. The cost of repairs forced the liner’s second owner into collapse. Another new owner was eventually found. Great Eastern finally reached New York in June 1860. For the next two months she was exhibited to the public and sailed on voyages along the US Atlantic coast.