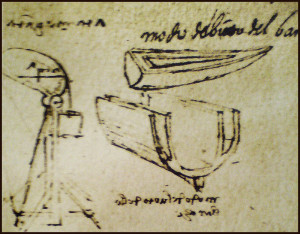 Here’s a classic example of closing the stable door after the horse has bolted.

On 6 August 1912, the New York Sun reported that White Star Line, still reeling from the Titanic disaster, was planning to add an important new safety feature to its next big ocean liner: a double hull.

“The decision of the White Star Company to put an inner shell in the Gigantic, the new sister ship of the Olympic, will involve an additional expense of $350,000 in the construction of the vessel,” the newspaper observed. “This is a small item compared with the loss of space, which is figured at 250,000 cubic feet.”

The article continued: “The extra shell will be three feet from the outer hull and will rise well above the water line. The new vessel, which was ordered just after the Titanic disaster, will be twenty feet longer than the Olympic and Titanic, which were the largest steamships in the world when they were put into commission.” 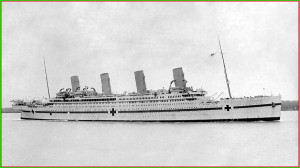 Sadly, the double hull wasn’t mine or torpedo proof. So when Britannic (as the ship was later named) fell victim to one or the other (experts are still divided on which it was) while serving as a hospital ship in the Mediterranean on 21 November 1916, the outcome was dire.

Britannic sank in less than an hour.