Savannah was conceived by the US government as a demonstration project to promote the peaceful use of atomic energy. At the launch ceremony, held in Camden, New Jersey, Savannah was christened by US First Lady Mamie Eisenhower. 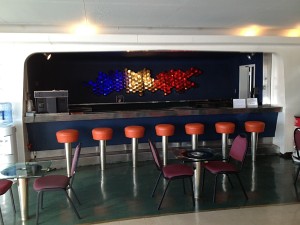 Similar in several respects to Cunard Line’s post-war Carinthia, Ivernia, Saxonia and Sylvania hybrid vessels, Savannah was designed to carry both people and cargo. Yet, unlike her conventionally-powered British counterparts, Savannah drew her energy from an on-board nuclear reactor.

Costing nearly $50 million, the 13,599 GRT Savannah was 596 feet long and 78 feet at beam. She could carry up to 60 passengers and 124 crew members. A 74 megawatt Babcock & Wilcox nuclear reactor powered a pair of De Laval steam turbines. Unique among all ocean liners, Savannah had no funnel. Her rated service speed was 20 knots.

Savannah entered service on 20 August 1962. Operated for the US government by American Export Lines, Savannah was never intended to turn a profit (a goal she easily met). The liner never carried more than 25 passengers at a time and her cargo-carrying capabilities were similarly limited (slightly more than 14,000 tons).

A Savannah souvenir dish in the Ocean Liners Magazine Collection.

As enthusiasm for maritime nuclear propulsion diminished, Savannah’s popularity faded. In 1965, she was switched to cargo-only service. Savannah’s nuclear core was removed in 1971 and the ship was retired from service entirely in 1972.

Clean, efficient nuclear energy would be an ideal power source for today’s mega-cruise ships, yet popular prejudice and public ignorance prevents the use of this green technology.

Today, Savannah, an officially registered US National Historic Landmark, is moored in Baltimore harbor. The U.S. Maritime Administration is Savannah’s current caretaker. Her future, like that of another important liner just 100 or so miles up the coast, is uncertain.

By 1964, when the article below was published, Savannah was already beginning to look like yesterday’s ship of the future. Yet at that time one could still book a unique transatlantic voyage that would be remembered for years. 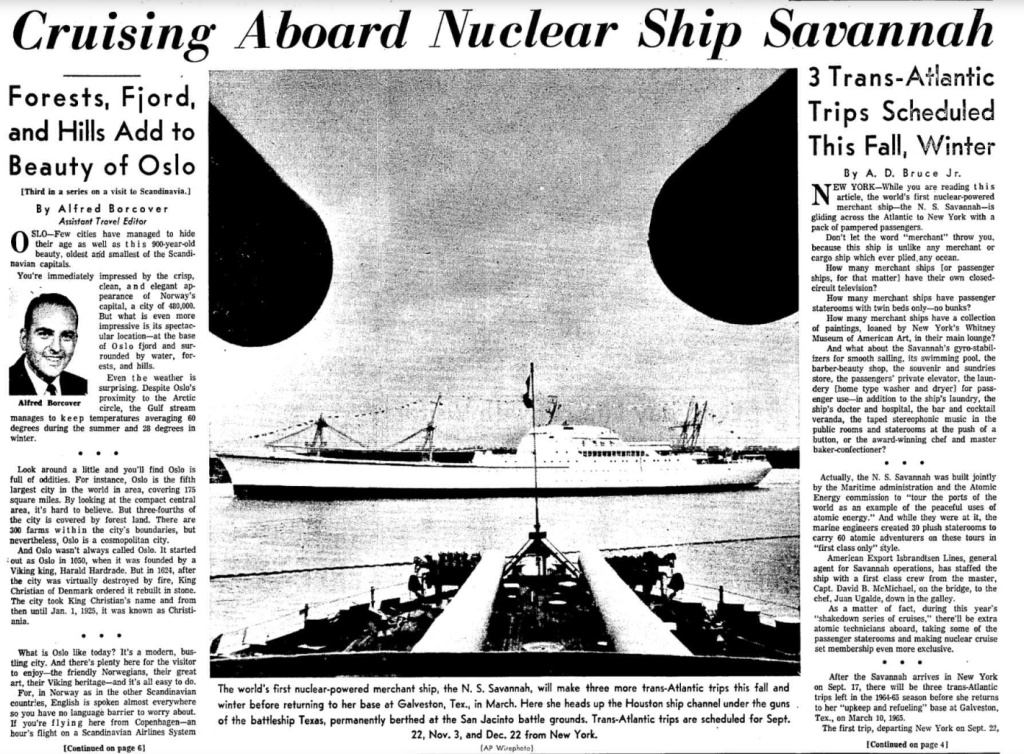 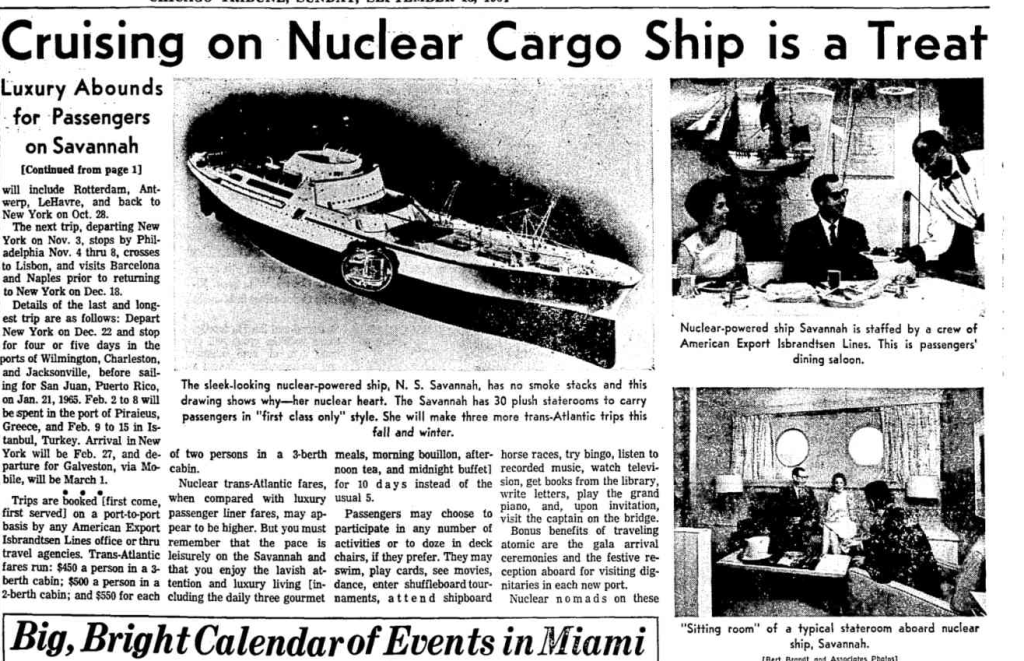 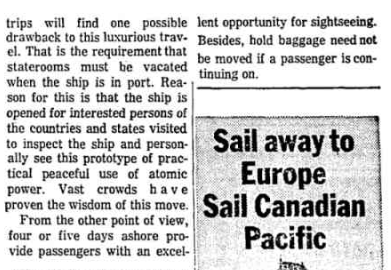