In 1984 the former Gripsholm became Regency Cruises’ first ship and was renamed Regent Sea. After Regency went bust in 1995, Regent Sea was auctioned off to United States American Cruise Line for conversion to a casino ship. The plan failed, however, and the old liner’s fate was sealed. In 2001 she was sold for scrap. On 12 July 2001, while headed to breakers in India, now bearing the name “Sea,” the ex-Gripsholm sank in heavy seas near South Africa. 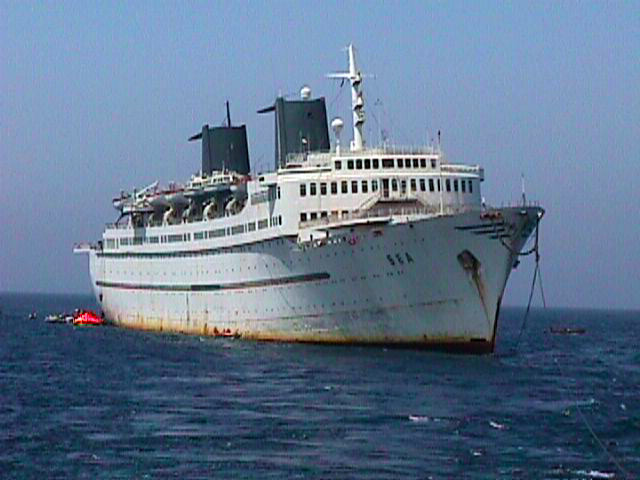 In 2001, a sad and rusting Gripsholm limps to the breakers. She never completed the journey

After winning the world heavyweight championship fight against Floyd Patterson at Yankee Stadium on 26 June 1959, Ingemar Johansson and his fiancée, Birgit Lundgren, visited Gripsholm at Pier 97.

“Being on board the Swedish American Line’s beautiful ship is like feeling a breeze from my home town,” said Johansson, who was born in Gothenburg.