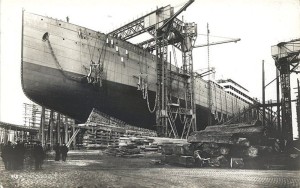 Celtic made her Liverpool-New York maiden voyage on 26 July 1901. She served that route, with occasional interruptions for Southampton departures and cruises, until the start World War I.  From 1914, Celtic served as an armed merchant cruiser. In 1916, she was converted into a troopship.