How many liner passengers can lay claim to the fact they were subjected to two major collisions before reaching land? Not many, thankfully.

On 31 May 1933,  the Union-Castle liner Guildford Castle collided with the Blue Funnel Line cargo vessel Stentor near Cuxhaven, Germany. Two lives were lost in an accident that was blamed on pilot error. The next day Guildford Castle was beached and declared a total loss. 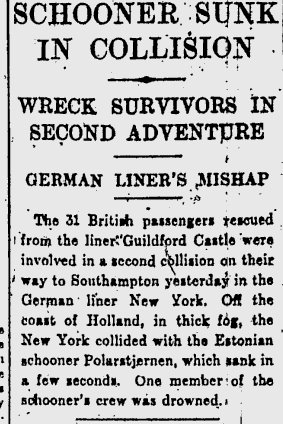