With World War II finally over, on 29 August 1945 painters on board Queen Mary began restoring the former troopship to her pre-war civilian livery. They started by repainting her three funnels in the traditional Cunard color.

There were cheers that day, and a few tears, too. Beating formidable odds, Queen Mary had survived the war intact and would sail again on peaceful seas.

Due to more pressing shipyard work, Queen Mary’s hull would remain battleship grey for many more months. But her bright red funnels served as an undeniable reminder that the Queen was back. 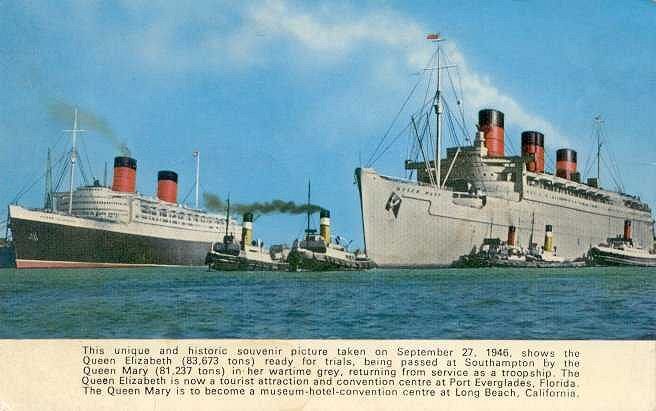