On 27 November 2008, the day after Queen Elizabeth 2 arrived in Dubai, Cunard Line transferred the historic liner’s ownership to Dubai investment company Istithmar World. A plan to convert QE2 into a floating hotel in Dubai would soon fail, resulting in the vessel spending the next several years in limbo.

Finally, in early 2013, it was announced that QE2 would head to an undisclosed destination in Asia to serve as a floating luxury hotel, shopping mall and museum. In October 2013, the Dubai-based owner of the liner, QE2 Holdings, stated that it had appointed the COSCO Shipyard Group to refurbish the ship. It was claimed by the company that QE2 would receive a complete makeover, which was due to be completed by 2015. As part of the refurbishment, the existing 990 staterooms were to be converted into 400 premium suites. 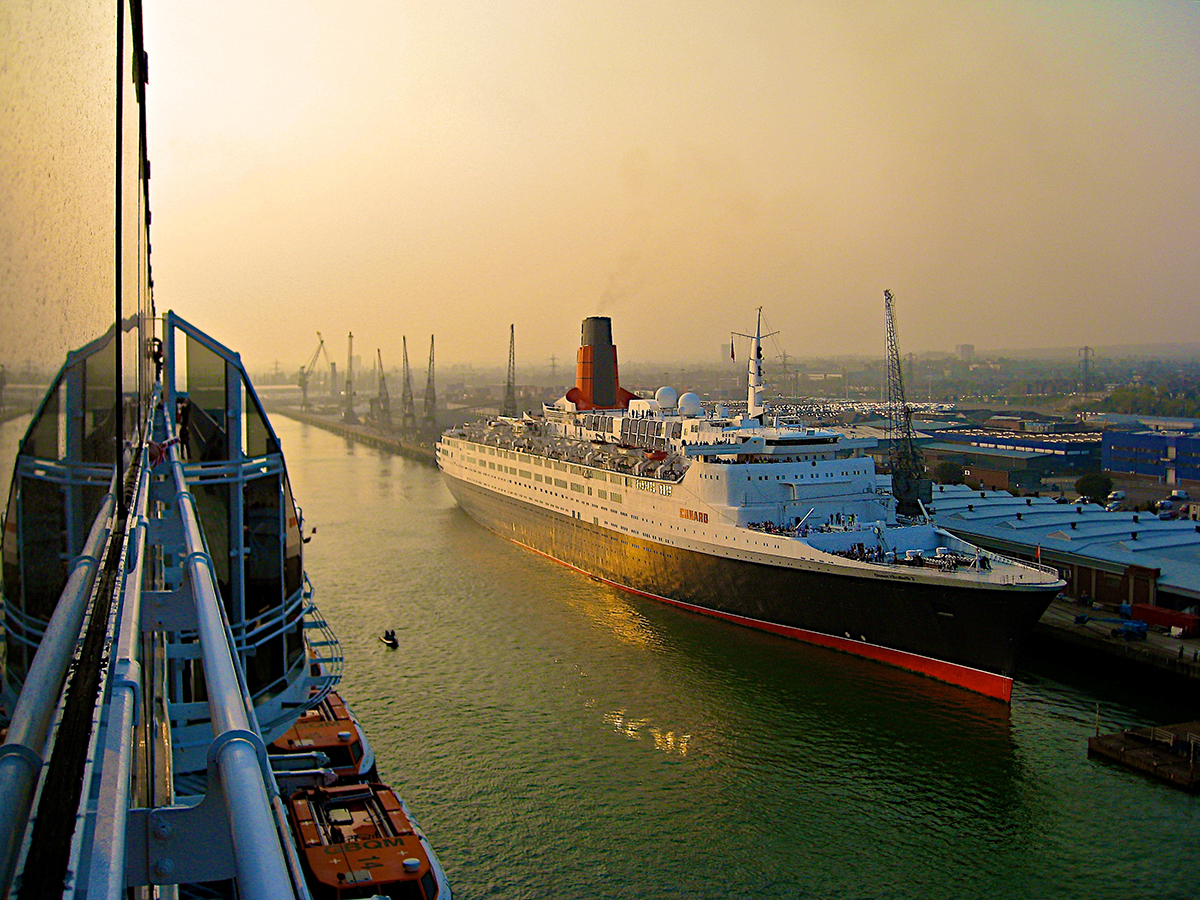 As of November 2014, QE2 remained in not-so-cold storage in Dubai.