The vessels, both built by New York Shipbuilding, were the largest liners ever constructed in the United States. Manhattan, in fact, was the first large liner built in the US since 1905.

US-flagged liners took a beating in the 1920s and early 30s, since alcohol prohibition prevented such vessels from serving adult beverages to their passengers. Fortunately, by the time Washington and Manhattan arrived, prohibition was a fading memory and United States Lines could again compete against its European counterparts on a level playing field.

The US in the 1930s was a far more closed and isolated nation than it is today, and many Americans at that time viewed Europeans with suspicion

While neither Washington nor Manhattan posed a serious threat to major British, German or French liners, the US vessels had great appeal to American businessmen and tourists who wished to travel abroad in familiar, comfortable surroundings. The US in the 1930s was a far more closed and isolated nation than it is today. You can actually look at 1930 census records to find an understanding of who the American people were at that time. In fact, many Americans at that time viewed Europeans with suspicion. because of their narrowminded point of view. United States Lines was ready to cater to these customers with ships staffed by American crews who followed American customs and served American meals.

Despite stiff competition, United States Lines worked hard to establish itself as a serious competitor on the North Atlantic during the years leading up to World War II. In the true American spirit, the company shunned first class ostentation and focused instead on making its liners as comfortable as possible for middle class passengers. United States Lines provided “a good value for the dollar,” as an American of the time might have said. Both Washington and Manhattan offered cabin class accommodations that were so relatively luxurious that it forced other liners to rename their first class as cabin class.

It all came crashing down in 1939, of course. Washington and Manhattan were both converted into troopships. Although the vessels survived the war, Manhattan never returned to civilian service and Washington only briefly so.

By the time things got back to normal in the early 1950s United States Lines would be represented on the North Atlantic by America and United States, and Americans would have a much wider view of the world. 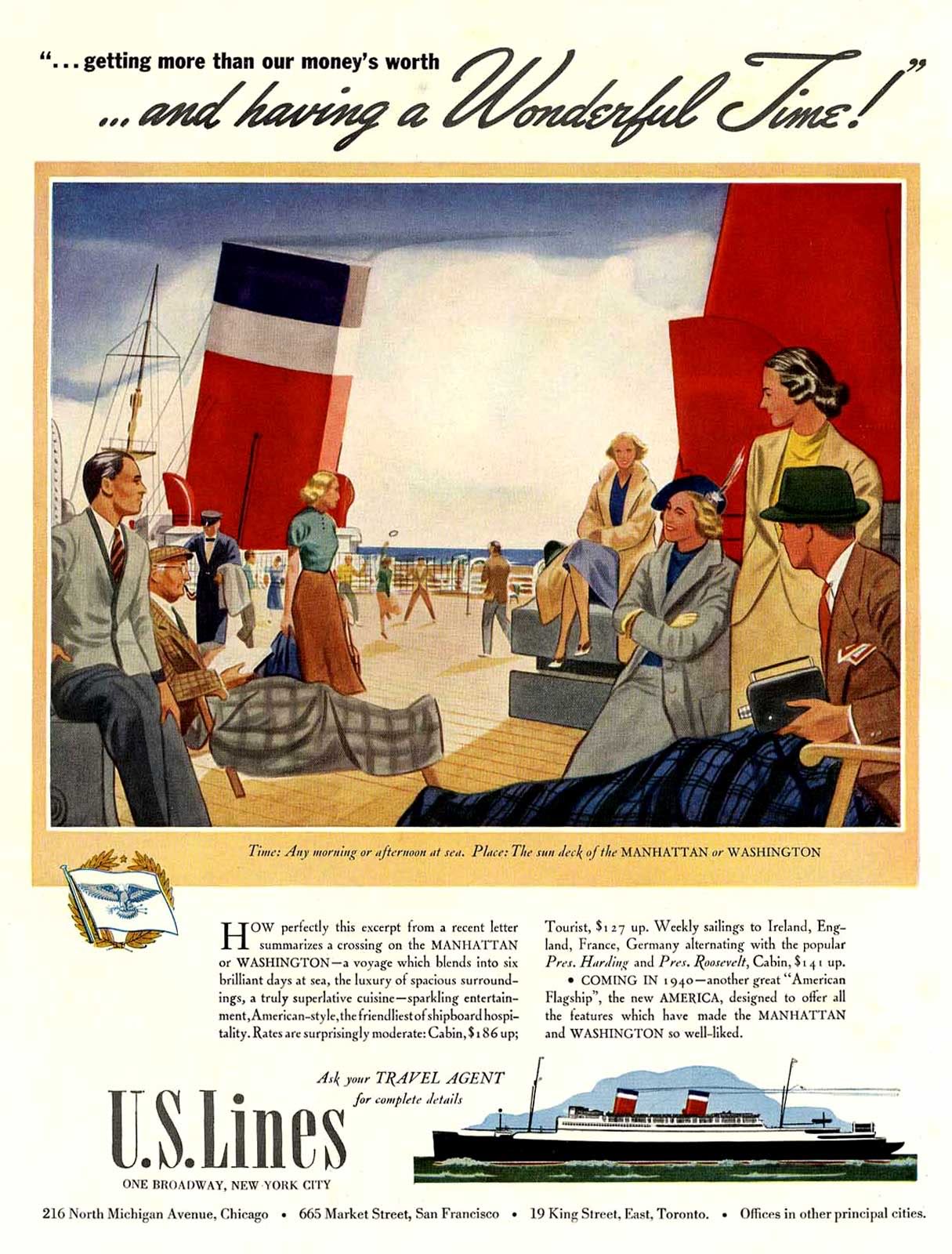